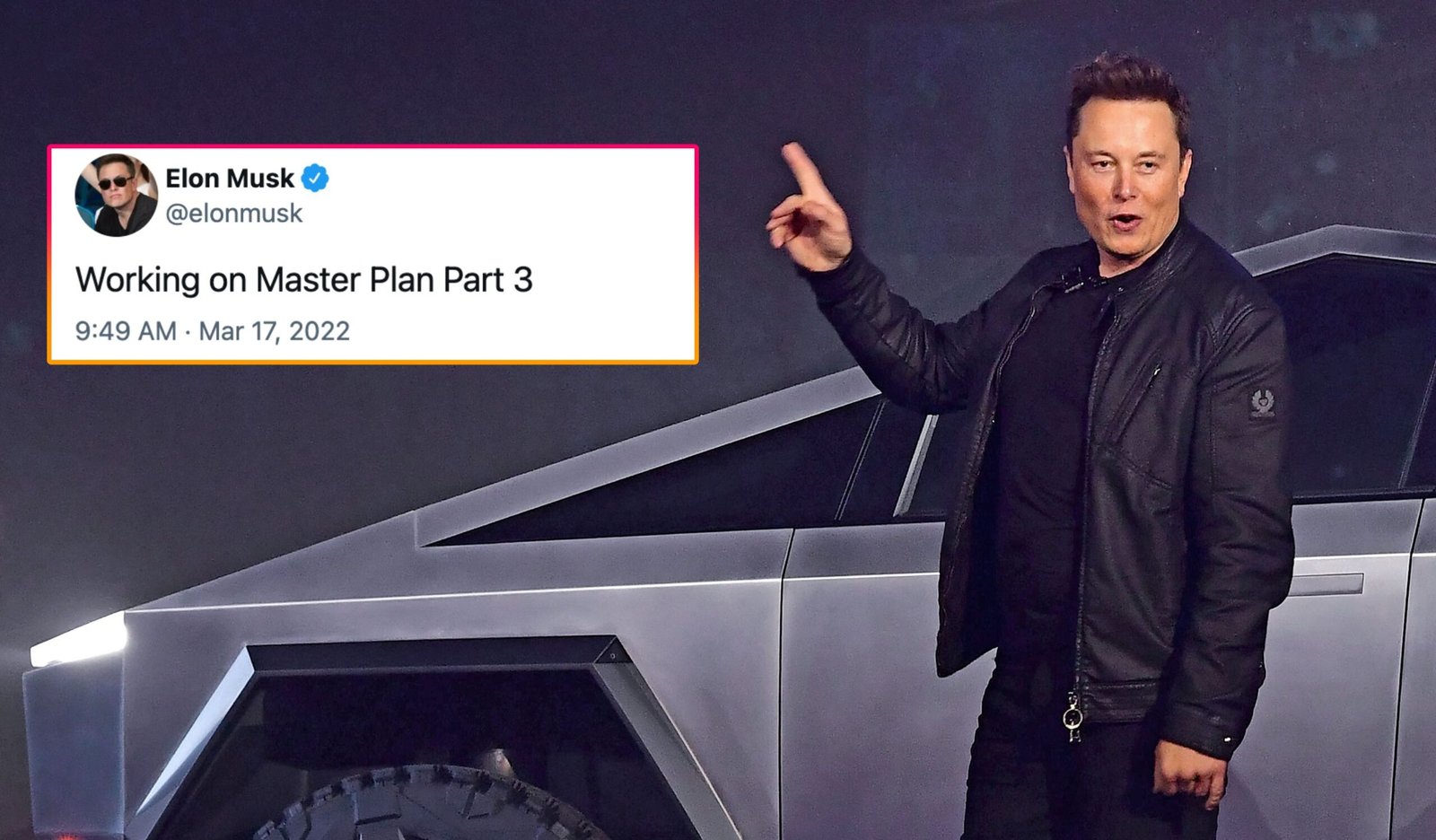 If you’re not yet aware of Tesla’s “master plan,” as CEO Elon Musk himself wrote, you probably haven’t been following the automaker for years.

Part One and Two have been important pieces of literature at Tesla that, in many ways, laid the path to the company’s success. On August 2, 2006, Elon Musk published a blog post on Tesla’s official Website, titled “The Secret Tesla Motors Master Plan (just between you and me).”

There’s a lot to take in this Plan, and we’re not going to summarize it here, but it ends in a summary with the core principle being laid out in four steps:

It didn’t go smoothly, but Tesla managed it for the most part with the Roadster, the Model S, and then the Model 3.

Elon Musk summarized the Master Plan Part 2 at the end:

Every vehicle announced in the plan was unveiled, although they are now required to be put into production, except Tesla-Semi.

It was rumored to be through a partnership with The Boring Company, but we never saw anything official from Tesla.

We don’t know what will be included in Musk’s Master Plan Part 3, but there have been several hints over the years. The most recent of which is the Tesla bot. However, apparently, there could be many more aspects to this.

It’s exciting to get Part 3 now, because Musk has been very good at staying mostly true to those plans, despite all of his faults.

Let’s start with the guesses in the comments section. First, what do you think will be the root of Musk’s upcoming Master Plan Part 3? Second, when should we expect them to publish it?