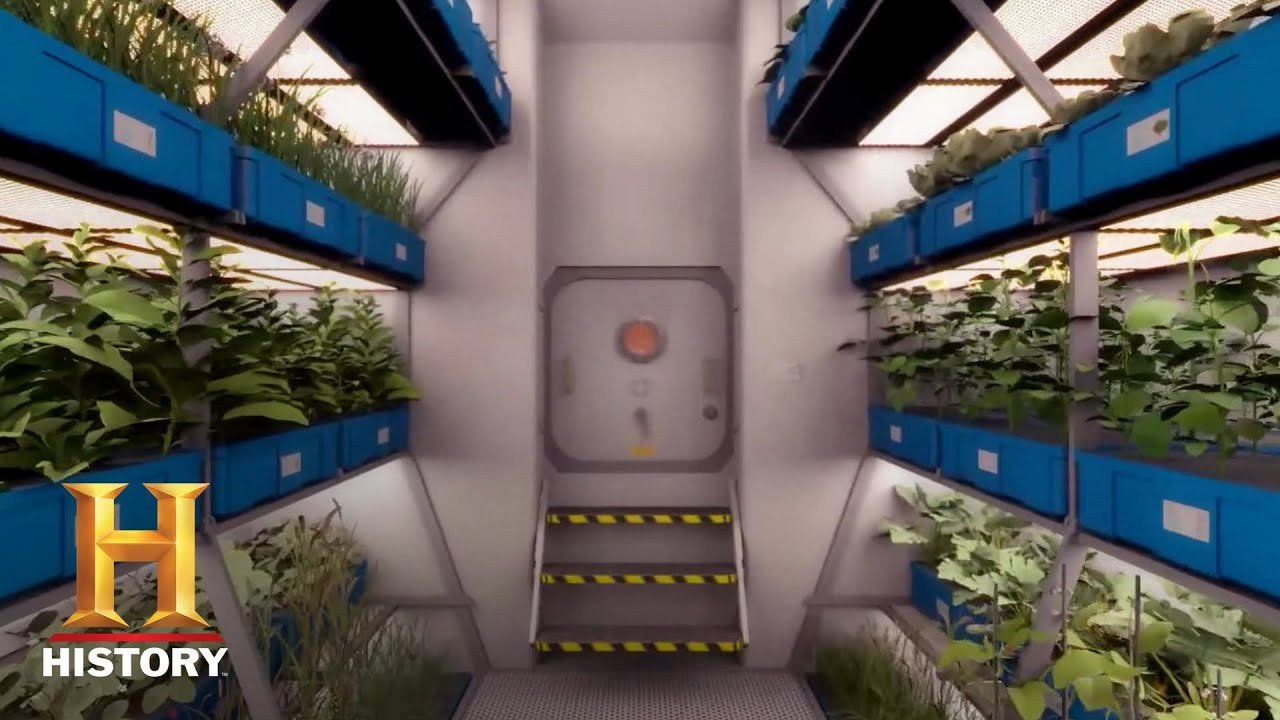 This is How SpaceX or NASA will grow Food on Mars: Mars – one of the most dangerous places in the solar system. Companies like SpaceX are already dreaming of this red planet. But one thing we haven’t talked about much other than the movies is poop potatoes, not seriously, what would you eat on Mars?

Mars gets closer to Earth once every 2 years. So, it makes no sense to take food from Earth for missions to the Red Planet. And since the journey to Mars takes about 7 months – for that yes, they would have to put 7 months of food in the rocket.

So, again the question arises – what will you eat during the mission? The food will probably be the hardest thing to make locally on Mars, and you can’t just import it if you want to have a self-sustaining settlement.

Given this challenge, the scientists wanted to see what it took to reach the radical goal of producing enough food to feed one million people on Mars.

The researchers noted that raising farm animals for dairy and meat would not be practical on Mars in the near future because of the challenges of sending them into space. Plus, he notes that most people don’t want to go completely vegetarian.

Solution? Insect farm and laboratory-grown meat. Insect farms are suitable for Martian food, as they provide a large number of calories per unit of land while using relatively small amounts of water and forage. Crickets, in particular, are one of the more promising examples of edible insects.

Cricket flour is potentially incorporated and hidden in many different dishes. When it comes to crops, the concept art of Martian settlements usually features greenhouses, but they may not prove practical.

Since Mars is so far away from the Sun, even at the equator, where sunlight shines brightest, the amount of light that plants get will be the same as they get in Alaska.

In addition, although greenhouses are made of clear window panes, they typically absorb 50 to 70 percent of the light on Earth and can be blocked even more on Mars, as supporting a warm, pressurized interior. To do this requires a strong material, given how the air on the Red Planet is much colder and thinner than on Earth.

Instead, growing plants on Mars requires tunnels with high-powered LEDs, supplemented with sunlight and piped down via fiber-optic cables, as suggested by the researchers.

Soilless farming involving hydroponic or aeroponic systems is possible, but those strategies would require sending more mass to Mars in the form of trays, pumps, and reservoirs.

In addition, soil-based farming may be more robust against plant disease, but converting inorganic Martian dirt to living soil will require significant research and treatment that can support plant growth.

Previous research suggested that several crops may prove particularly practical when it comes to feeding Martian colonists, such as wheat, corn, soybeans, peanuts, and sweet potatoes.

Genetic modification could also make plants more useful to the Martian people in a variety of ways – for example, by consuming more carbon dioxide and increasing productivity.

To see what it might take to feed a Martian city of 1 million people, the researchers modeled a population that grew from immigration as well as a birth rate of 10 per 1,000 people per Earth year. through, the typical rate of developed countries on Earth.

In all, they assumed that about 6,900 crewed ships were needed to deliver about 1 million immigrants to Mars over the course of a century, with about 340,000 people born on Mars in that time.

Scientists calculated how many calories each person would need. They found that a Martian colony of one million people could achieve self-sufficiency in food within 100 years, relying on tunnels approximately 12 feet or 3.6 meters wide over 9,000 miles or 14,500 kilometers of tunnels. which can be stacked vertically.

However, these colonists would need huge amounts of food in the interim, carrying about 54,000 cargo shipments.

The scientists noted that there are a variety of strategies that could be used to reduce the amount of imported food, such as increasing the rate of agricultural construction on Mars.

Future research on how to best feed Martians may include increasing crop productivity, working on the most efficient and tastiest insect species, improving the taste and texture of cultured meat, and the efficiency of LED lighting used to grow crops. Should focus on improving and developing automated methods. For the creation of increasingly pressurized, protected areas in home farms.

So, what about poop potatoes? Well, it is possible but not for the first colonists. Insects are going to be the most suitable form of food for the first few batches of people on Mars. Note that there will be at least 5-6 missions for cargo and machinery before any humans are sent to Mars.

Thanks for reading till the end. Comment what’s your opinion about this information “This is How SpaceX or NASA will grow Food on Mars”.