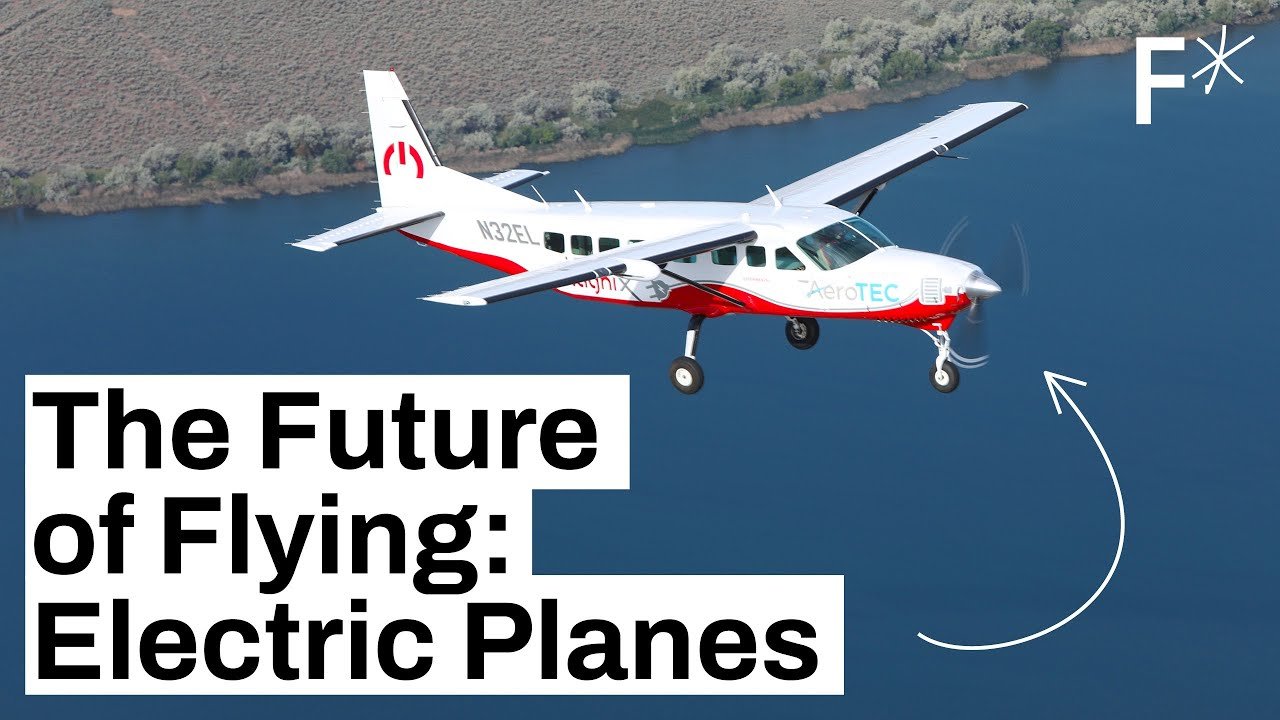 The Future Of Flying: Electric Planes:- Air travel accounts for 12% of U.S. transportation emissions, the largest contributor of greenhouse gases in the country. It can also be pretty inconvenient.

Today, if people think about traveling by air, it’s a thing. How will I get to the airport? And if I have to go online. And will I have food? And… it’s a hassle.

Electric aviation presents an exciting solution to the environmental impact of air travel. But it could also make flying a lot easier for travelers.

We are building a world where flying in these planes is no different than getting on a bus or a subway. It will be, instead of driving or not going, “Oh, I’ll get on an electric plane” because the airport’s just 15 minutes away from me. I’ll just walk there, get there 15 minutes ahead of time. I’ll fly quietly. I’ll land at the airport and drive 15 minutes to my destination.

If electric planes are so great for the environment and so convenient, when will we start to see them? This is Make It Count, a series on environmental innovations and the math it takes to bring them to the masses.

You might think that electric planes aren’t mainstream because of batteries, but that’s not exactly the issue. Not for all flights.

Energy storage, in general, is today the challenge that aviation needs to solve to make this mainstream. Out of all flights done by airlines today, 30% are over a thousand miles. 70% are less than a thousand miles. Mainstream would be the ability to contribute to and fly, that 70%.

Most people don’t fly more than 5 to 750, maybe a thousand miles in range. Why try to solve a problem that’s the minority of flights? Let’s try to, first of all, solve the majority of flights. In this case, take a 40 passenger plane and go five, 800 miles. That’s where we are right now with storage. And we can do that with today’s batteries and fuel cells.

So, battery capacity for short flights with smaller planes is already possible. What about motors? Electric planes have unique requirements when it comes to performance and reliability.

The other issue is heating. Because of their electric components, electric motors can easily overheat, and the cooling systems you’d need to cool them down add too much weight. So we developed our own proprietary internal cooling system that allows us to maintain the lightweight but still maintain the temperature.

Last year, MagniX made history with its 750 horsepower electric propulsion system by powering a retrofitted Cessna. It was the largest aircraft ever to fly solely on electricity.

But when will we see these aircraft everywhere? A lot of that comes down to costs. The good news is that electric planes have certain economic advantages over traditional planes.

The other savings come from operating costs.

About 50%, half of the hourly cost in an airplane, is the fuel and the maintenance of the engines. And so the costs per hour are significantly less because just like your electric car, or your electric washing machine, or your electric dishwasher, there’s not a lot that goes wrong.

The complexity and sophistication of that technology are, in fact, in how do you create a simple motor?

All of this works for shorter flights where battery capacity is less of an issue. The real challenge is when battery capacity will be able to compete with the energy density of jet fuel. Something experts aren’t even sure is technically possible.

Yet, for the time being, reducing carbon emissions for domestic air travel would make a sizeable dent in the U.S.’ transportation emissions.

Similar to electric cars, the other hurdle to electric planes becoming mainstream is the infrastructure. You’d need thousands of airports around the country to make this work. Surprisingly, a lot of that infrastructure already exists, just not in the places you’d think.

In the United States today there are over 10,000 airports available. Airlines use between five to 600 of them. So you have these giant airports, and you have less and less of them in the largely populated areas.

If we could convert the thousands of smaller public use and private airports into hubs for commercial electric aviation, it could put the average American only minutes away from an airport.

Imagine the reduction of carbon emissions just from not having people drive so far to catch a flight. It could be decades before electric planes are everywhere. But if companies like MagniX are successful, the regional electric flight could be here by 2026. And the impact would go far beyond the environment.

There are many people just here in the United States that haven’t traveled outside of their own state, let alone across the country, because they can’t afford to. What if I could fly for an hour, 45 minutes, and do so at about the same cost as driving my car there and back?

If we’re successful, we will make it so accessible and so affordable, that going to see the rest of the country will be a normal course of action. We will have truly changed the face of transportation. The way people commute, the way people connect.

Roei’s vision might seem far away, but this type of entrepreneurial thinking to imagine the world not as it is, but as it could be and figure out how to align the incentives to make it a reality, it’s this type of approach that’s strategic enough to actually change the world.

Thanks for reading till the end. Comment what’s your opinion about this information “The Future Of Flying: Electric Planes”.

1 thought on “Introducing The Future Of Flying: Electric Planes”