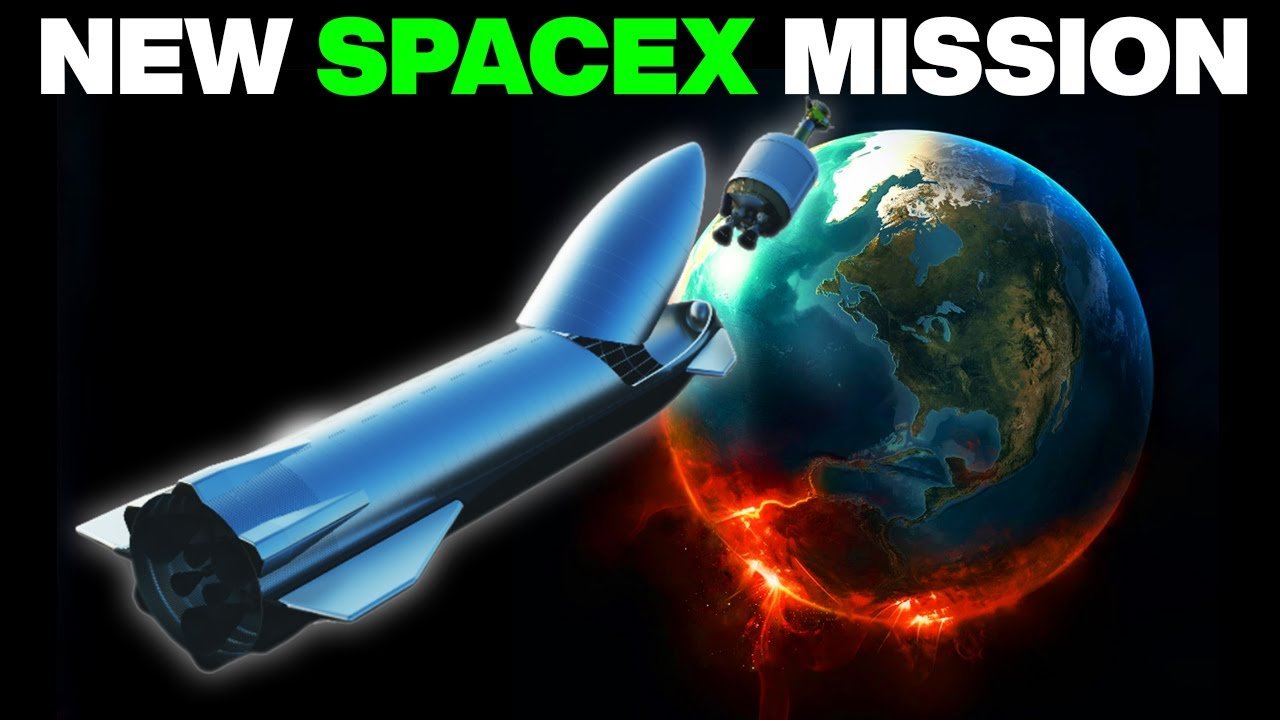 So how did spacex land this massive deal and what is the Goes-u mission anyway. The multi-million dollar contract to launch geostationary satellites was awarded to spacex after the United Launch Alliance or the ULA withdrew itself from the deal.

ULA’s chances of bagging the contract were pretty high. Mainly because it’s previously launched satellites from the series. According to ULA spokesperson, Jessica Rye “all of the company’s remaining 29 rockets have been sold to customers for future launches so they had to give up the contract”.

But Spacex has been on quite a run two winning multiple contracts for NASA and other commercial partners. Spacex will now launch a series of geostationary operational environmental satellite u missions for NASA starting April 2024.

The contract worth 152.5 million dollars includes the launch service and other mission-related costs. In a recent statement, NASA pointed out that the satellite in question will provide advanced imagery and atmospheric measurements of the earth’s oceans, environment, and weather.

As well as real-time mapping of total lightning activity and improved monitoring of solar activity and space weather.

On top of that Goes, observations have proven very helpful in monitoring geographically exclusive events like volcanic eruptions, wildfires, and dust storms.

Goes-u is the fourth and final spacecraft in the Goes-r series of geostationary weather satellites that are jointly operated by NASA and its lesser-known counterpart the national oceanic and atmospheric administration or the NOAA.

The Goes-r series was a joint effort with NOAA and includes Goes-r, Goes-s, Goes-t, and Goes-u satellites. Spacex is scheduled to deliver the satellites into orbit using the falcon heavy rockets from launch complex 39a at Kennedy Space Center in Florida.

SpaceX’s partly reusable Falcon Heavy is currently the most powerful operational space launch vehicle in the world, it flew its first commercial payload into orbit back in 2019.

NASA has said that the Goes-r series operational lifetime will extend through December 2036. The Goes-u is going to be the last one to this weather satellite party so which ones are already there.

ULA was in charge of all the launches mentioned so far with Goes-r and Goes-s each launched on ULA’s Atlas V Rocket and Goes-t also scheduled to launch on an Atlas V.

Geostationary satellites circle the earth in geosynchronous orbit. This means that they orbit the earth’s equatorial plane at a speed matching the earth’s rotation.

This allows them to stay in a fixed position in the sky remaining motionless with respect to a point on the ground. The Goes satellites are always viewing the western hemisphere from approximately 22,300 miles above the earth.

According to NASA, Goes satellites are designated with a letter prior to launch and renamed with a number once they reach geostationary orbit. This explains the weird name changes from Goes-r to Goes-16 and Goes-s to Goes-17.

These ships may seem minor but they’re actually really huge and eliminate the chance of conflicts with other satellite systems.

NOAA also maintains an on-orbit spare Goes satellite at 105 degrees west in the event of a backfire or failure of either Goes satellite. If the launch is successful Goes-t would become Goes-18 and replace Goes-17 as NOAA’s operational Goes-west satellite.

It may seem like a new concept for some people but the Goes satellite project isn’t the first of its kind. The geostationary satellite experiment began in 1966 with the launch of the first satellite of the applications technology satellite or ATS series.

ATS-1 was launched on December 7th, 1966, and carried an instrument capable of providing continuous images of the earth. And another that enabled the transmission of data to and from ground stations.

Six ATS satellites were launched between 1966 and 1974. In 1967 ATS3 was launched and provided the first color image of the entire earth.

After the success of the meteorological experiments performed using these satellites. The investigation of geostationary satellites became an official operational program.

The geostationary operational environmental satellite program officially started in 1975 as a joint effort between NOAA and NASA.

The first satellite under the program Goes-a was launched in October 1975 from Cape Canaveral Florida and was renamed Goes-1 once it reached orbit and so it began.

As you may expect the Goes-r series is light years ahead of its predecessor Goes-1 in terms of technology and efficiency.

The new series of satellites introduces a whole lot of improvements from earlier versions and is bound to save many lives when it becomes fully operational.

Also, it’ll make your weather alerts much more accurate and that’s pretty nice too. According to its website, some benefits that come with the Goes-r series are improved air quality, warnings and alerts, better detection of heavy rainfall, and flash flood risks.

And as hard as it may be to believe the list does go on the truth is this particular spacex mission could have countless positive implications on the world. It’ll also save many lives because in the unfortunate event of a natural disaster the improved Goes system will detect the anomaly very early and evacuation efforts can be started.

We’ll just have to wait and see just how good meteorology and weather forecasting is going to get, As a result of the Goes-r series project.

Let’s check out the Goes-u and see how it improves upon its ancestor’s kit of instruments.

As you’re about to see Goes-u is completely decked out and contains some of the most advanced and sophisticated sensory technology instruments in the world.

Take for instance the advanced baseline imager. the ABI is the primary instrument used for imaging earth’s oceans weather and environment.

Marvel fans are gonna like this next instrument the magnetometer but it neither detects magnets nor magneto. The magnetometer provides measurements of the space environment magnetic field that controls charged particle dynamics in the outer region of the magnetosphere. These particles can be dangerous to spacecraft and human spaceflight.

Next up is the Geostationary Lightning Mapper or the GLM. The GTM is the first operational lightning mapper of its kind and is already in geostationary orbit.

It detects the light emitted by lightning at the top of clouds day and night. The instrument is sensitive to the in-cloud lightning that is most dominant in severe thunderstorms and provides nearly uniform total lightning coverage over the region of interest.

The solar ultraviolet imager is a telescope that observes and characterizes complex active regions of the sun, solar flares, and eruptions of solar filaments that may lead to coronal mass ejections.

Data gathered from suvi enables improved forecasting of space weather and early warnings of possible impacts to the earth’s environment, and yes space weather is a thing.

The extreme ultraviolet and x-ray irradiation sensors or x’s detect and monitor solar irradiance in the earth’s upper atmosphere.

Last but not least is the Space Environment In Situ Suite or SEISS has an array of sensors that monitor proton electron and heavy ion fluxes in the magnetosphere. Information provided by SEISS is used for assessing radiation hazards to astronauts and satellites. The instrument is also used to warn astronauts of high flux events.

Spacex has been insanely busy over the past couple of years and the way things are going it’s about to get a whole lot busier.

What may surprise some people is that with just three liftoffs under its belt so far. The rockets are scheduled to launch Goes-u into orbit. Falcon Heavy hasn’t been nearly as active as its little sibling the Falcon 9.

That shouldn’t worry you though with a packed schedule and the GOES mission scheduled for 2024. falcon heavy is bound to be tried and tested by the time it launches goes you into orbit.

Falcon Heavy is scheduled to launch two classified missions for the u.s space force over the next few months. It’ll also vary among other payloads NASA’s psyche asteroid probe on August 22, NASA’s Europa Clipper Mission in October 2024, and the first piece of NASA’s gateway moon orbiting space station in November 2024.

And now the latest entry into the stacked list is the Goes-u mission which is scheduled for April 2024. What are your thoughts on the new Goes-u mission and the Goes-r project as a whole, let us know down in the comments section down below.

Thanks for reading till the end. Comment what’s your opinion about this information “GOES-U New SpaceX Mission: SpaceX’s Unique Way Of Combating Wildfires”.