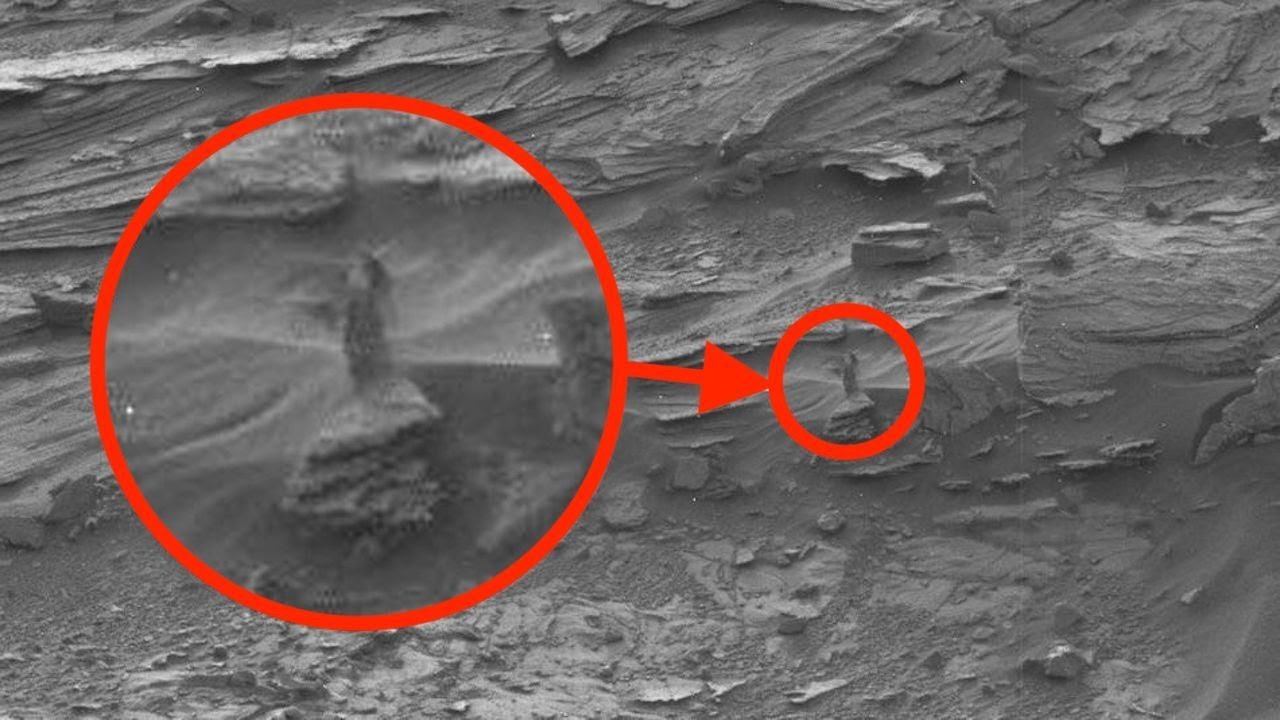 What If There Was Life on Mars?: Have creatures ever hidden in the vast, freezing deserts of Mars? What mysteries lie waiting inside the red planet’s craters and dunes? For over two decades, rovers have mapped, tested, and explored this ancient landscape.

With each mission to Mars, we search for what might be the greatest discovery in recorded history. In the next hundred years, could humans find evidence of life on Mars, past or present?

In its 14-year operative lifespan, Percy will collect samples and search for biosignatures, which could indicate the presence of microscopic life on Mars; but Percy will also test the habitability of Mars for human colonists. Percy’s investigation begins in a 28-mile-wide basin called the Jezero Crater.

The Jezero Crater is about 2,300 miles from the Gale Crater, where Curiosity landed in 2012. Named after a village in Bosnia and Herzegovina, the Jezero Crater is located on the western edge of the Isidis Planitia, a plain near the Martian equator.

The Isidis Planitia rests inside the third largest impact basin on Mars, a 750-mile-wide complex crater formed about 4 billion years ago. This massive basin was created by a cosmic collision, in which a meteor crashed into the surface of Mars.

Around 200 million years later, a smaller meteorite smashed into the Isidis Planitia, creating the Jezero Crater. There are more than 43,000 documented impact craters on Mars, so why are scientists so interested in this one?

Scientists spent five years scouring the red planet in search of Percy’s landing site. The Jezero Crater was selected from more than 60 candidate locations, because the Jezero, unlike many of its Martian siblings, was once the delta of an ancient river.

In 1964, the Mariner 4 took the first images of Mars during a fly-by of the red planet. Scientists were startled by the sheer desolation of Mars. It was nothing like the rich, alien homeland science-fiction writers had imagined; but 3.5 billion years ago Mars was not the cold, arid planet we know today.

Like Earth, Mars used to be a blue planet. Bodies of water transformed the planet’s surface, leaving behind unmistakable topography. At the bottom of ancient rivers, now dry and lifeless, scientists have discovered clay minerals buried in the soil.

Billions of years ago, microbial life could have lived in these prehistoric bodies of water. Searching for microbial fossils in this ancient river delta, Percy will analyze rocks as old as 3.6 billion years.

These primordial stones open a window into the early days of Martian history. If scientific estimates prove accurate, the Perseverance rover may uncover evidence of life on Mars in the next decade. Let’s jump several years into the future.

The year is 2026. Percy has been roaming the surface of Mars for five years. Suddenly, Percy discovers a sample, unlike any scientists, have ever seen. The Perseverance rover, the fourth NASA rover to land on Mars, finds evidence of microbial life.

This wouldn’t be the first time scientists discovered suppositive evidence of life on Mars. In August of 1996, scientists at NASA revealed a 4.5-billion-year-old meteor fragment, which they called ALH84001 or ALH for short.

ALH was created on the surface of Mars. 16 million years ago, it was ejected into space by a meteoric impact. It tumbled through space for millennia, until 13,000 years ago, when it crash-landed in the Allan Hills of Antarctica. In 1984, ALH was unearthed by a group of explorative geologists.

Inside, they discovered organic structures that contained carbon, oxygen, and hydrogen. These compounds were very similar to those produced by living organisms, but did these scientists really uncover evidence of life on Mars?

Like all scientific breakthroughs, ALH encountered a mountain of skeptics. But Andrew Steele, a young microbiologist, found the evidence intriguing. Steele took a closer look at ALH to capture a clearer image of NASA’s extraordinary findings.

After Steele’s discovery, the scientific community faced a challenging hurdle. Leading experts weren’t sure what kind of evidence they were looking for on Mars.

Over the years, science fiction spread a popular myth: somewhere on the red, crater-covered surface of Mars, there are complex organisms waiting to be found. In reality, the surface of Mars is inhospitable.

Its atmosphere is incredibly thin, exposing the surface to hazardous cosmic rays and solar radiation. The average temperature on Mars is freezing -81 degrees Fahrenheit, and its climate is drier than any desert we’ve ever known.

Billions of years ago, however, Mars was a blue planet. It had large bodies of water. Simple organisms could have potentially evolved in that mineral-rich soil. At the same time, our own young planet saw the genesis of organic growth.

Life as we know it began at the bottom of the ocean. Could Mars have supported its own primitive, aquatic life forms?

The discovery of microbial fossils would significantly expand our knowledge of the red planet’s history and evolution. But what about living organisms? Could Percy find something that’s actually alive?

It is highly unlikely that living organisms have survived on the surface of Mars; however, some scientists believe organisms could endure the planet’s harsh conditions below the surface—similar to the extremophiles that live around deep-sea hydrothermal vents on Earth.

This possibility presents a significant problem, the same one Andrew Steele discovered in the late 1990s. If Percy uncovers a sample containing biological life, how do we know these microbes originated on Mars?

From NASA rovers to Soviet orbiters, the red planet has seen a number of visitors in the last fifty years. All those visitors could have transported durable microorganisms from Earth to the surface of Mars.

Experiments outside the International Space Station found one type of bacteria that could survive at least 3 years in the cold vacuum of space. If this bacteria can survive in space, it may be able to survive on Mars.

To prevent cross-contamination, all spacecraft, including Percy, is built under sterile conditions. Rovers are also banned from investigating organic hotspots on Mars, like the icy locales most likely to support life.

As aliens to Mars, Earthly microbes could disrupt the delicate balance of an unknown Martian ecosystem. Whether the red planet is hiding underground microbes or hitchhiking Earthly contaminates, experts believe there is evidence to be found.

The value of this evidence, ethically and scientifically, cannot be understated. If Percy discovers concrete proof of life on Mars, its discovery will shape the future of our species.

Thanks for reading till the end. Comment what’s your opinion about this information “What If There Was Life on Mars?”.

3 thoughts on “What If There Was Life on Mars?”