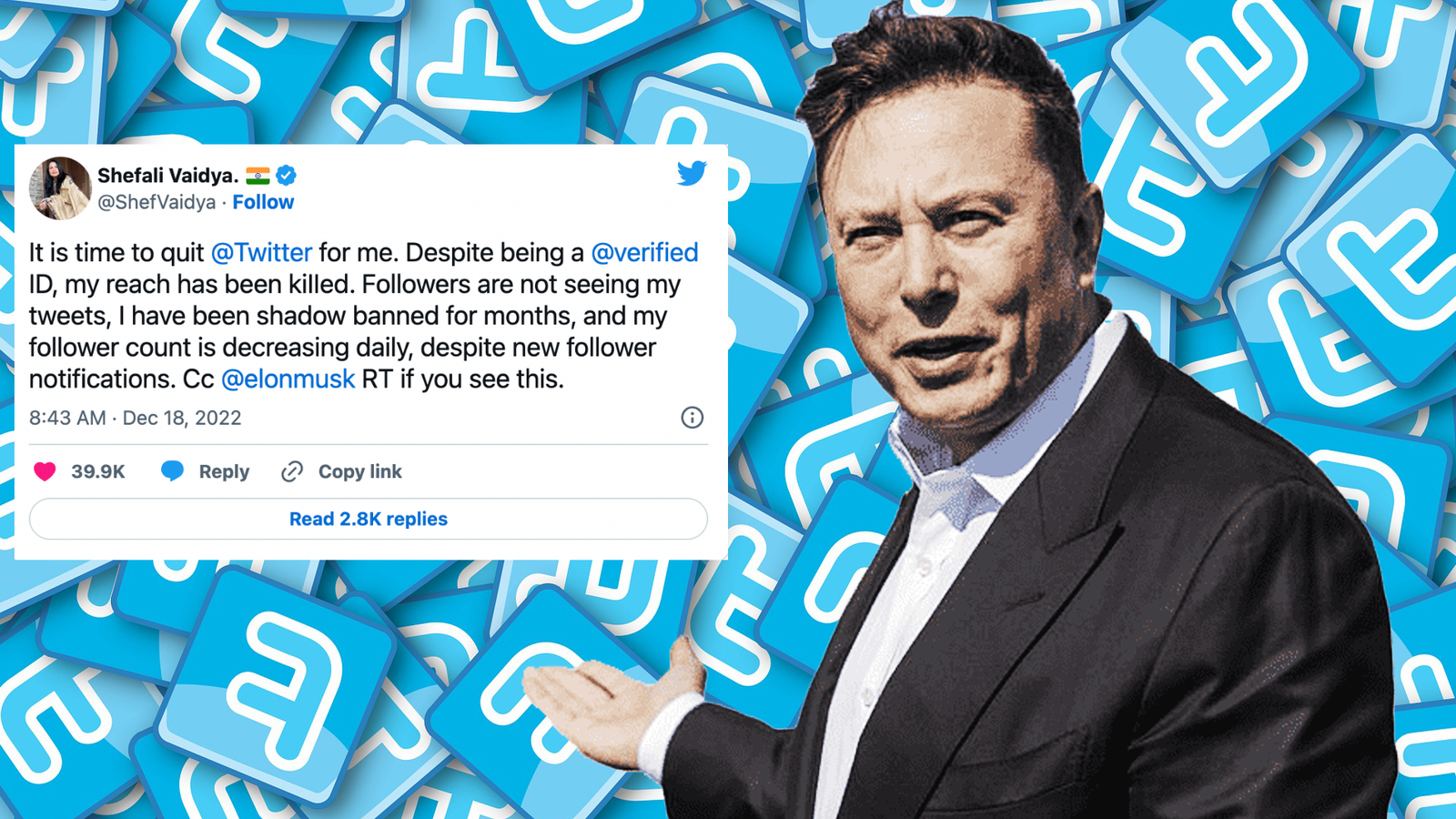 Twitter CEO Elon Musk has responded to Indian users complaining of “shadow ban” and degradation of their reach and promised to look into their complaints.

Journalists and activists alleged that Twitter was limiting users’ access because of their ideology and said that the same ecosystem from before Musk still dominated the social media platform.

“Interesting. This seems to have happened in every country,” Musk said on Saturday in response to journalist Rohan Dua’s tweet.

My tweets are not getting reach due to mass reporting.

On Sunday, Pune-based writer Shefali Vaidya, who has often courted controversy for her comments and stand on issues, posted a similar complaint against the microblogging site, alleging that she had lost access and that she had been unable to access it for months.

It is time to quit @Twitter for me. Despite being a @verified ID, my reach has been kiIIed. Followers are not seeing my tweets, I have been shadow banned for months, and my follower count is decreasing daily, despite new follower notifications. Cc @elonmusk RT if you see this.

Within 90 minutes, Elon Musk responded to the tweet and promised he would “investigate” the matter.

Since taking over as Twitter CEO in the last week of October, Musk has reportedly halved the company’s workforce and changed the microblogging site’s policy regarding verified accounts.