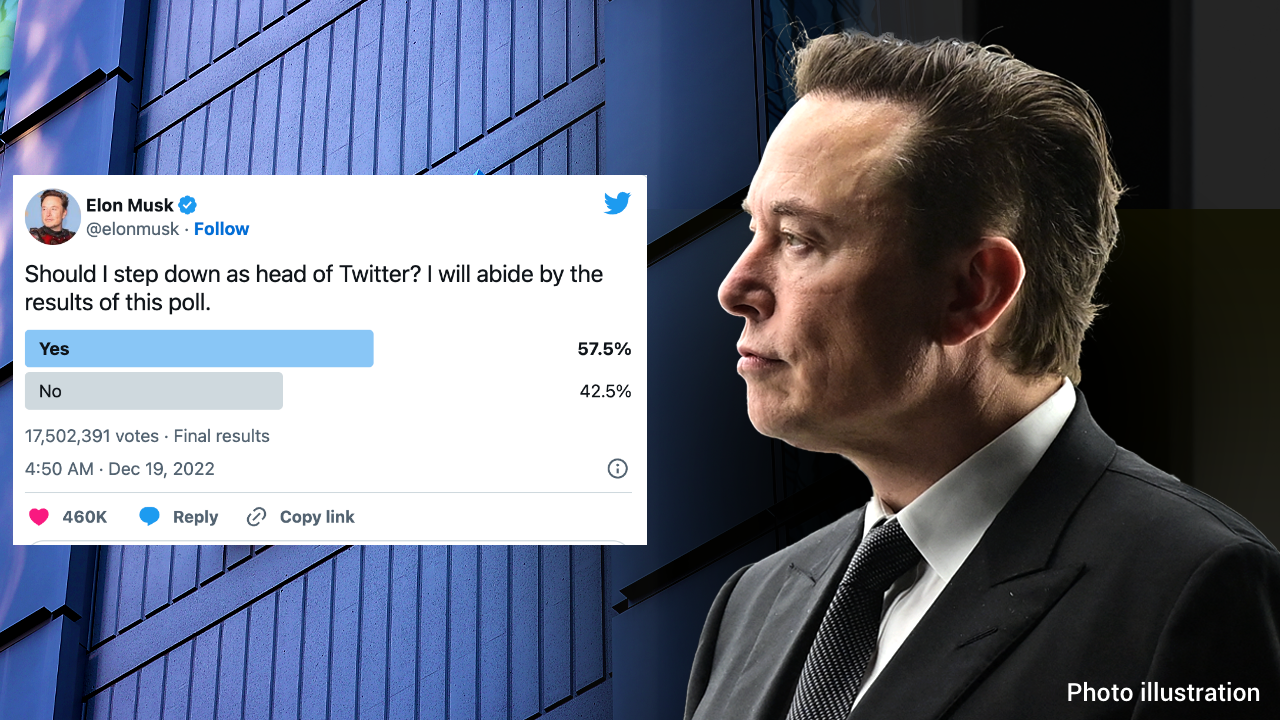 Twitter users voted for Billionaire Elon Musk to step down as the chief executive officer of the social media platform, less than two months after the billionaire took over.

According to the poll launched by Elon on Sunday evening, about 57.5% of the votes were for “yes”, while 42.5% were against the idea of Musk stepping down as head of Twitter. More than 17.5 million people took part in the voting.

Elon said on Sunday that he would follow the results of this poll, but did not give details of when he would step down.

Should I step down as head of Twitter? I will abide by the results of this poll.

Tesla investors are concerned that Musk is spreading himself too thin after the Twitter deal.

Tesla Motors shares have already lost nearly 60% of their value this year as, like other carmakers, it grapples with supply chain issues and increasing competition in the EV space.

Tesla Motor is ranked among the top automakers in the world, delivering around one million cars every year. But recent logistical challenges, an epidemic-related lockdown in China, higher borrowing costs, and a sluggish outlook for global economic growth have raised concerns.

Last month, Musk told a Delaware court that he would reduce his time at Twitter and eventually find a new leader to run the social media company.