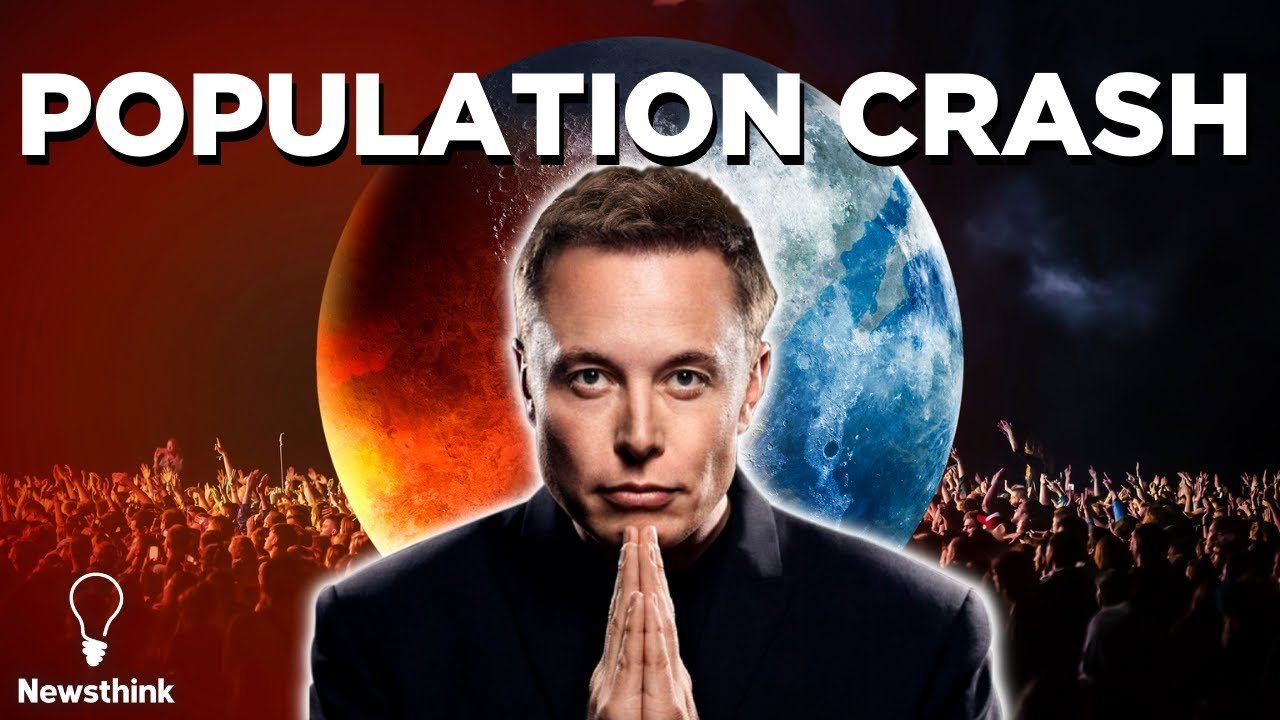 Why Elon Musk is Warning of Population Collapse: Elon Musk has spelled out numerous doomsday scenarios for the 7.9 billion people on our planet: the threat of AI, asteroids, climate change. Yet he believes one of the greatest risks to civilization is our population collapsing.

This is what he said at the Wall Street Journal’s CEO Council Summit in December. “If we don’t have more children, civilization is going to crumble. Mark my words.”

That’s the polar opposite of headlines over the years that have warned there are too many people. Stanford biologist Paul Ehrlich wrote in his 1968 best-selling book The Population Bomb: “In the 1970s, hundreds of millions of people will starve to death” due to overpopulation which didn’t happen.

Even that estimate is too high for some. Musk has called it “utter nonsense” and only the “best case” scenario. Norwegian academic Jorgan Randers believes the population will peak at 8 billion in 2040 and decline from there.

The fall in population growth is largely due to falling fertility rates. In the year 1800, the average American woman had seven kids. By 1900, that dropped to 3.5. Today, it’s 1.64 children. That’s below the replacement rate of 2.1 – the level at which births balance deaths.

Meaning not enough babies are born for a generation to replace themselves. People in richer countries tend to have fewer kids. Urbanization has reduced the need for children to work on farms. There’s greater access to contraception. And more women are establishing careers before starting a family.

However, the birth rate is even low for some middle-income countries like Brazil, Thailand, and Chile Even populous India has dropped below the replacement level to 2.0 and in cities, it’s even less. In fact, the only region with strong population growth in Africa. So what will a low birth rate mean?

Fewer people make and consume less stuff. There will be fewer new homes and schools. Less demand for services such as restaurants and shops. Your standard of living could be impacted as facilities are cut back. Mass transit depends on high demand.

Fewer people on buses and in subways will mean less money to maintain the infrastructure, which could translate into longer wait times and fewer routes. Military strength could decline. As demographer Lyman Stone once said: “You need warm bodies to fill the uniforms.”

Some observers predict dire consequences. Jonathan Last, author of What to Expect When No One’s Expecting, warns if people in authoritarian societies have more children than citizens of liberal democracies, “over the long haul, those people inherit the earth” leading to chaos and instability.

At the same time that fertility rates are falling, people are living longer. Older people are making up a bigger share of the total population. Nearly all areas of the world are experiencing aging – shown in dark blue. A small number of workers will be left to support many retirees. This is an extreme example of what that could look like.

It resembles an inverted population pyramid where there are too few working-age people supporting too many elderly. This wild imbalance could cause governments to raise taxes to cover the burden of caring for seniors.

In 2019, there were three workingage people for each elderly person in Europe and North America. By 2050, that’s projected to fall below two. And in some countries, it already has. Japan is grappling with a labor shortage by having robots care for the elderly in some nursing homes.

To entice more people to have kids, the Japanese government pays parents 100,000 yen or $876 dollars per baby. Do it for Denmark. A tongue-in-cheek campaign by a Danish travel agency in 2014 urged people to go on more vacation to get knocked up as stats showed Danes had more sex on holidays.

In the European Union, the fertility rate is a mere 1.53 births per woman. Iran is so worried about its low birth rate that in 2020, public hospitals and clinics stopped offering vasectomies and handing out contraceptives.

China may be the most populous country, but its birth rate has been plummeting despite the government scrapping the controversial one-child policy in 2016. That got replaced by a two-child policy and now, families are allowed to have up to three children.

Then there’s the possibility of synthetic wombs to try to encourage people to have more kids. Scientists have already successfully grown a baby sheep in what looks like a jumbo-sized Ziploc bag. Dutch researchers believe they are within ten years of creating artificial wombs to keep premature babies alive.

They discussed this in response to Musk’s tweet about his population concerns. The SpaceX CEO says he’s trying to practice what he preaches by having a lot of kids – six boys so far! His rocket company wants to build a city on Mars. However, Musk warns that if there aren’t enough people on Earth, there definitely won’t be enough people for the red planet.

Thanks for reading till the end. Comment what’s your opinion about this information “Why Elon Musk is Warning of Population Collapse“.

1 thought on “Why Elon Musk is Warning of Population Collapse”