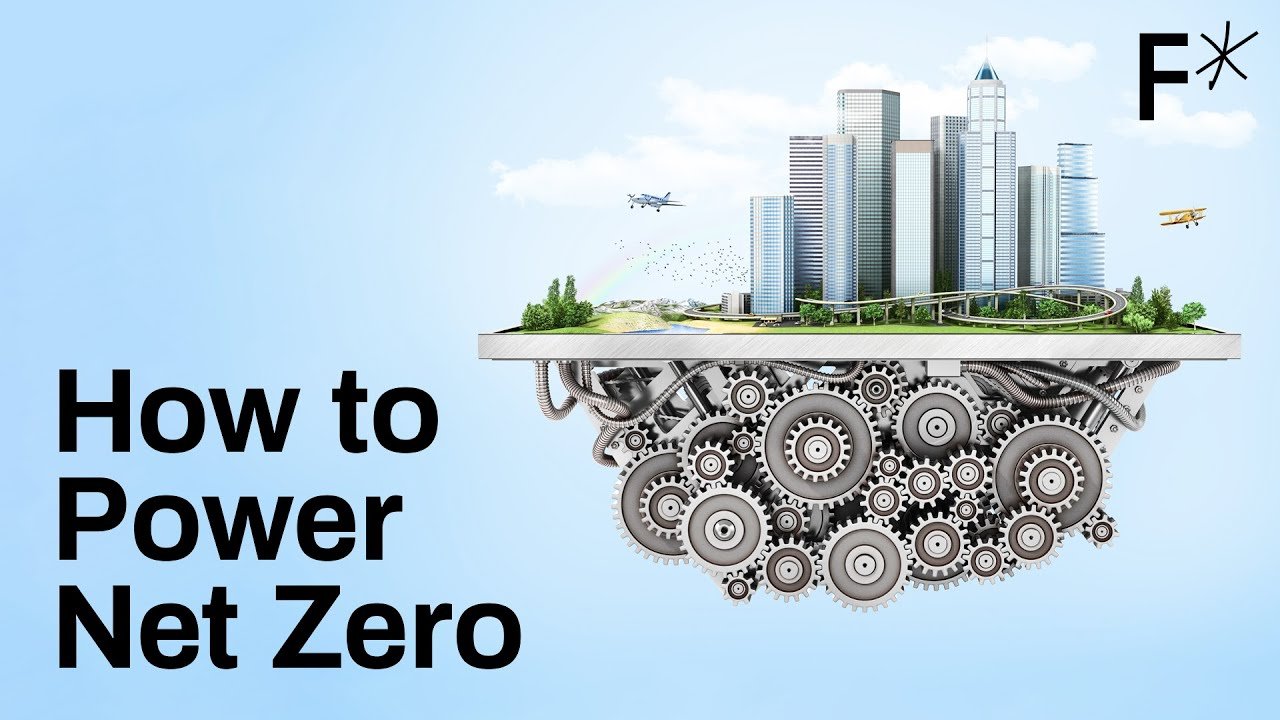 This technology can power our sustainable future: Reducing carbon emissions around the world is vital to our planet’s health. How do we get to net-zero carbon emissions? – Building operations are one of the biggest footprints in the world. 28% of all carbon emissions you can tie back to things that move. Elevators, pumps, HVAC, moving air.

If buildings were a country, they’d be tied with China for the title of the world’s largest carbon emitter. – Transport’s responsible for 23% of all global carbon emissions. – Combine them and you’ve got roughly half the world’s greenhouse gas emissions.

The fact that electric motors consume over a trillion dollars a year of electricity is both a huge problem and a huge opportunity. – What if you could see how energy moves, how it’s used, and then precisely control it with intelligent, hyper-efficient machines so you’d use a lot less of it?

By 2040, if every motor is upgraded to an optimal motor system, that’ll be the equivalent of adding seven Amazon rainforests, 2.3 gigatons of carbon sequestration per year. – If we can do that, don’t we have to? – 95% of the buildings in the U.S. don’t have automation.

The technology of these motors is 100 years old, and that is a massive opportunity for us. We directly manage about 5.4 billion square feet of real estate. 40% of the CO2 emissions and carbon emissions of the world is generated by the built environment. That’s your buildings, that’s your infrastructure. In the categories, Return Tide has motors today.

In the sizes they have today, we’re able to reduce energy consumption across the world by about 1%. – That means this single company can use this technology to offset the carbon emissions of an entire country the size of Australia or Brazil.

The ability to have an impact on CO2 emissions, and therefore on climate change, is just enormous. – In the past, sustainable operations have required trade-offs. Balancing sustainability against the bottom line.

The thing that’s different today versus 10 years ago is that these new, clean technologies actually pay for themselves. Capitalism is now a tailwind for the future of sustainability, which did not use to be the case. – The Spartanburg plant is the largest manufacturing plant for the BMW group.

We implemented two of the Turntide motors in different applications. We saw energy savings of like 80%. That’s absolutely mind-blowing. It’s not just the motor, but it’s really a smart motor system. So being able to cut down the energy consumption in half, it’s a massive deal.

The level of energy efficiency really helps here because it allows you to pay back much quicker your initial investment. The reason why this is important is that it cuts into multiple verticals, multiple industries.

Turntide’s technology can be applied to all types of machines that move, like electrifying commercial and industrial transportation by bringing together smart motors and Hyperdrive batteries.

We’re really sitting at the heart of some of the most difficult applications to electrify in commercial and industrial vehicles. We have the whole stack drive train, everything from the battery pack to the high power conversion to the unique electric motors.

We want to make it so people can take their currently fossil-fuel-driven transport applications and make them electric twice as fast as they could otherwise without the need for environmentally destructive rare earth magnets.

When you think of electric vehicles, you probably think of passenger cars, but everything is gonna electrify over time. Marine, rail, forklifts, aerospace, trains; Hitachi has taken their diesel locomotives and made them battery-electric with zero emissions.

2.5% of carbon emissions can be contributed to rail. And we estimate that there will be between 3,000 and 3,300 diesel passenger trains that can be replaced by battery trains in the UK and Ireland. So if you think of all of the emissions that those trains are creating, almost overnight, you could clear up the air quality by displacing it and replacing them with new battery trains.

Smart buildings and smart vehicles could be the connective tissue of a truly smart city. – If you’re gonna truly have a smart city, it’s gonna come from all the individual pieces being intelligent from the ground up. – We’re really at this tipping point where if we don’t do something, pretty soon we’re gonna have irreversible damage that we won’t be able to come back from.

It’s all about getting to carbon neutrality as fast as we can. – We’re not trying to do this just for Turntide, we’re trying to do it because we believe in things that are bigger than ourselves. And there’s no question that we’re on the right side of history. The future, it’s not hopeless. It’s possible to use technology, truly save the world.

Thanks for reading till the end. Comment what’s your opinion about this information “This technology can power our sustainable future”.

1 thought on “The world will electrify. This technology can power our sustainable future”