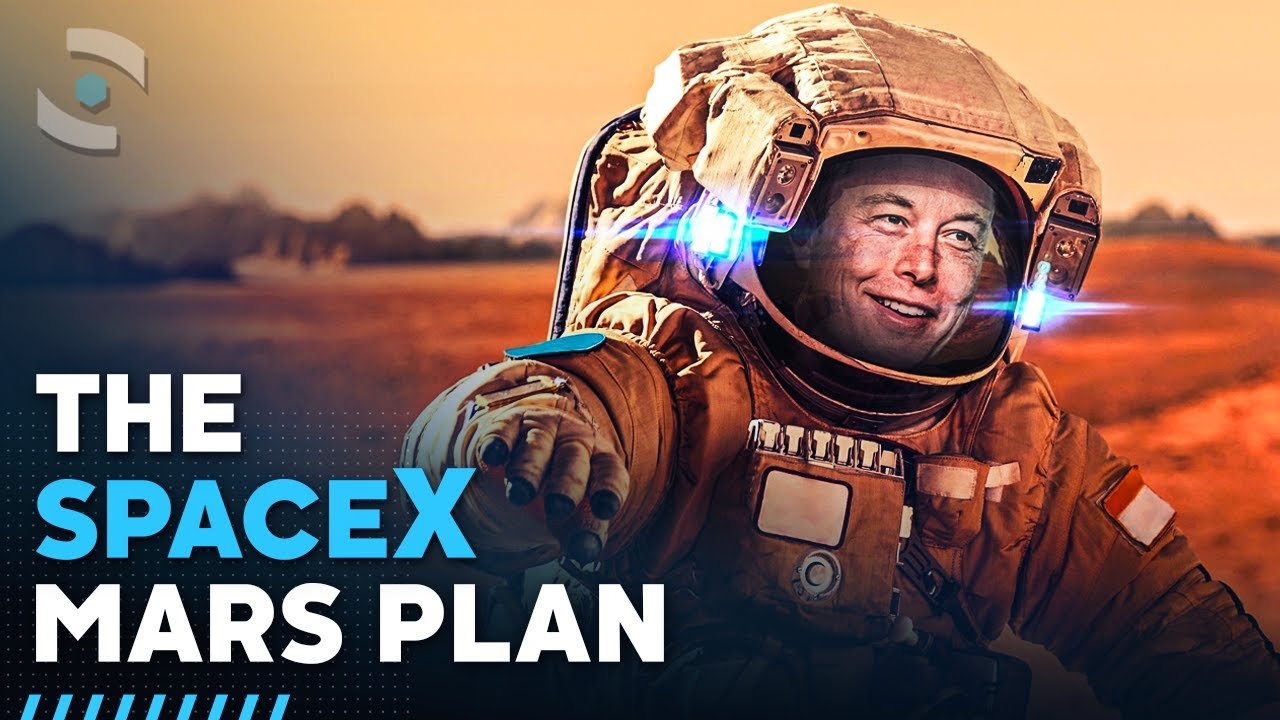 What will SpaceX do when it reaches Mars?: In the year 2024, SpaceX aims to send the first humans to Mars, 55 years after humans first set foot on the Moon. While the Apollo missions only involved a short stay on the Moon, SpaceX aims to make Mars a permanent home for humans.

The journey for the first group of astronauts to Mars is expected to take about 5 months, but what will they do when they get there? In this article, we’re going to look at what we need to accomplish before sending humans to Mars.

We’re also going to look at the initial structures and systems that astronauts would set up to begin colonizing Mars.

Before the first astronauts set foot on the surface of Mars, they must have access to essentials like water and electricity before they can reach there. SpaceX plans to achieve this by sending two BFRs on uncrewed missions in 2022, carrying a large array of solar panels and critical equipment such as a mining system.

This mining system will be the basis for SpaceX’s automated propellant plant, which it aims to expand with each new mission to Mars.

This propellant plant will process the large supply of CO2 and water found on Mars using a Sabatier process to create oxygen and methane, which will then be liquefied and used as fuel to bring astronauts back to Earth. will be used in

If this mission succeeds in setting the foundation for a Mars colony, SpaceX will be on course to send the first humans to Mars in 2024. The mission will involve 2 cargo ships and 2 crew ships, each carrying approximately 6 to 8 astronauts.

Astronauts can live anywhere between a few months or a few years on Mars while they continue to set up propellant plants.

One of the most important things that astronauts will have to do when they arrive is to set up a base. It is unclear what the first Martian base will look like, although many have suggested it should have a design similar to the International Space Station with compact pressurized modules, allowing room for expansion.

Others have suggested that the initial base on Mars should be built underground, to protect astronauts from the intense radiation and extreme weather experienced on Mars.

It is possible that Elon Musk’s Boring Company could be used to dig tunnels and build underground habitats for astronauts to live on Mars. Then the question arises of how the astronauts will get their food.

The first astronauts on Mars will carry a 2-year supply of vacuum-sealed packets of food, which are as light and compact as those used on the ISS.

Astronauts will not be relying on food grown from Mars, however, so it is likely that they will bring greenhouses on their first mission to experiment with growing food and possibly supplement their food with freshly grown products.

To navigate the surface of Mars, astronauts will also need a vehicle that can tackle the roughest terrain. NASA is developing a “Space Exploration Vehicle” for this exact purpose. It is a pressurized vehicle that can support 4 astronauts for 72 hours.

As with multiple SEVs on the surface of Mars, this would allow astronauts to travel more than 125 miles in either direction, a huge jump from the lunar rover’s maximum 6-mile range on the Moon.

So as we get closer to seeing the first humans set foot on Mars, we can appreciate the enormous engineering challenges that need to be overcome before we can get there.

Thanks for reading till the end. Comment what’s your opinion about this information “What will SpaceX do when it reaches Mars?“.

1 thought on “What will SpaceX do when it reaches Mars?”