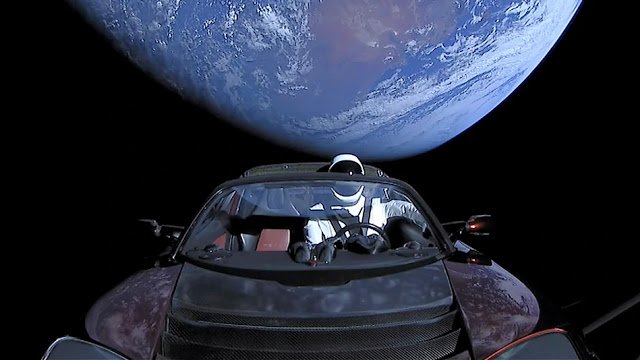 When will SpaceX Starman return to Earth?: During the spectacular event, Starman orbited Earth for 6 hours, capturing beautiful images from the first Falcon Heavy upper stage sending the car into an orbit around the Sun. But where is Starman now? And will we ever see him again?

In this article, we are going to look at Starman’s long journey since leaving Earth. We are also going to see when he can return to earth and what possible ways we have to get him.

After Starman left Earth orbit, scientists and amateur astronomers around the world pointed their telescopes to the night sky to track the Roadster and predict its future orbit.

A team from JPL used data provided by SpaceX and predicted that Starman would pass by Earth in the year 2091, within a few thousand kilometers. This model proved to be accurate for the first few months, but since it was built from a limited amount of data, anything else turned out to be wrong.

We didn’t get a concrete prediction of Starman’s future until March of this year. Thanks to the Roadster’s observations from a telescope in South Africa, JPL was able to refine its measurements and accurately predict Starman’s path for the next 50 years.

They concluded that Starman is on a path that will pass through Mars in the year 2020, within 4.5 million miles. At this point, the current telescopes we have on Mars won’t be able to see a dim object like a Roadster.

Starman will reach a distance of about 1.5 million miles to Mars in the year 2035. Until then, it is likely that we will have more advanced telescopes on and near Mars to capture an image of the roadster, even if it is only a tiny point in the sky.

Starman will make its closest approach to Earth in the year 2047, passing only 3 million miles. At this distance, telescopes on Earth will be able to observe the roadster and record its position in the sky, giving us more sophisticated predictions for many years to come.

But what if we were able to capture Starman during this close approach? The idea of ​​retrieving satellites from space is not unheard of. Due to the heavy payload bay on the Space Shuttle, it was able to retrieve faulty satellites and return them to Earth.

During STS-51, astronauts managed to capture two communications satellites in the payload bay using the EVA jetpack and the shuttle’s robotic arm. Those satellites were returned to Earth and sold to new customers who relaunched them into the correct orbits.

However, retrieving satellites outside Earth’s orbit is more challenging and requires a lot of energy. A Japanese spacecraft launched in 2014 has slowly made its way to an asteroid 180 million miles from Earth.

It has already managed to obtain samples from the surface and will continue to survey the asteroid before returning those samples back to Earth in 2020. Although the Roadster is a very heavy specimen to be retrieved from space, Starship may follow a similar plan to retrieve. Roadster.

With the Starship’s enormous capacity, it can refuel in Earth orbit and perform a maneuver to match the Roadster’s orbit. With a large amount of fuel remaining, it can grab the Roadster and store it in the payload bay before returning to Earth.

So perhaps one day, many years later, the generation that experienced the iconic Falcon Heavy launch will be reunited with Starman and his roadster. Or perhaps, it’s best to let him wander through the solar system forever like the mascot of human civilization.

Thanks for reading till the end. Comment what’s your opinion about this information “When will SpaceX Starman return to Earth?“.

2 thoughts on “When will SpaceX Starman return to Earth?”