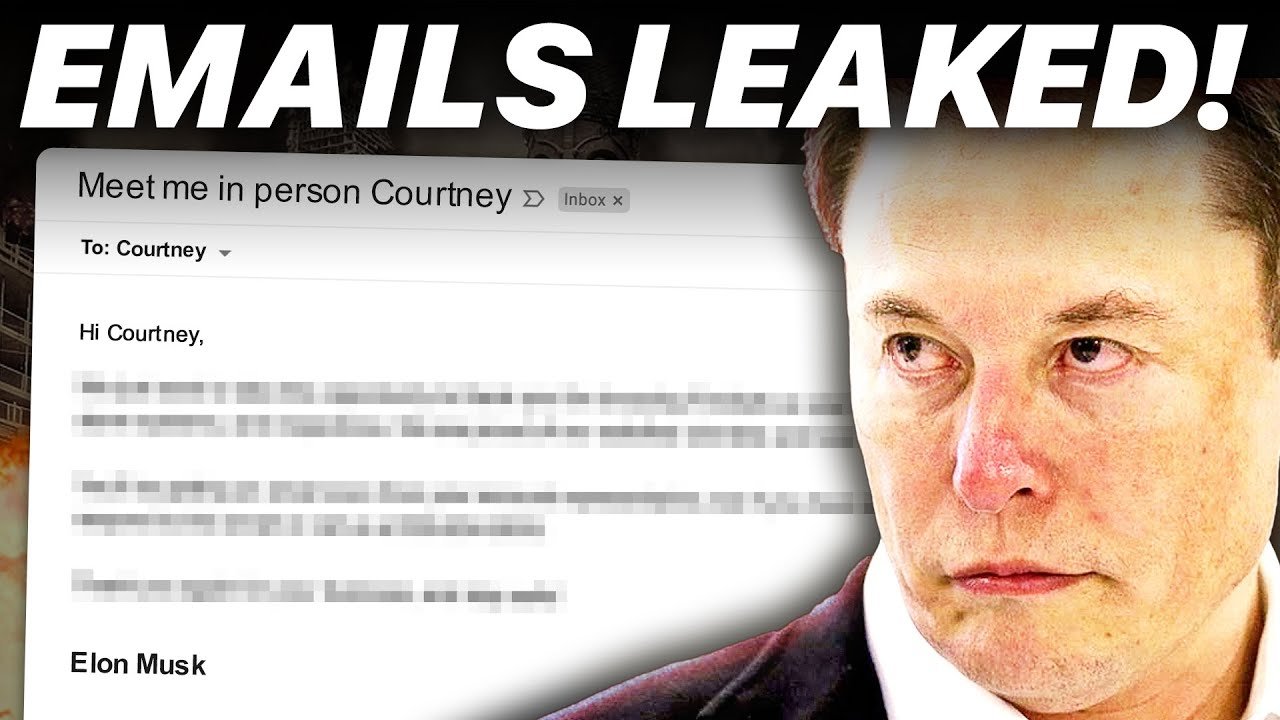 Elon Musk who is the World’s richest man is a man under threat. But who has got the guts to confront the billionaire? It is none other than Courtney Love who doubles up as an American singer and actress.

The 57-year-old celebrity seems to have been fed up with Elon’s trolls on Twitter. Musk is a king of Twitter who has mastered the art of trolling almost anyone on Twitter from Joe Biden, Bernie Sanders to Tim Cooks.

The king of Twitter seemed to have made a wrong move when he attacked Bernie Sanders on Twitter. The Queen noticed the ‘King’s’ arrogance and she decided to make a move by threatening to leak ‘King’ Elon’s Emails.

At that point, Twitter exploded. Musk and Love’s Twitter fight is just a replica of what happens in the game of Chess. Courtney Love as the queen seems to perfectly understand chess as she is literally making all the moves aimed at capturing the King.

If she leaks the emails she may succeed in capturing King Elon Musk. On the other hand, Musk understands that as a king he can only make little movements, unlike the queen. No wonder he has not yet tweeted over the issue.

Elon is a man who has been put under siege by Queen Courtney. As a genius, Musk is expected to make wise moves so that he does not fall into the trap of Courtney Love. In the meantime, we are carefully watching the moves of both King Elon and Queen Courtney.

We can’t wait to see who wins the game by eventually saying ‘Checkmate’. Join us today in this article to discuss Courtney Love’s threats of leaking Elon Musk’s emails.

How did it all begin?

Courtney’s threats on Musk can be traced to November 13 when Vermont Senator Mr. Bernie Sanders tweeted that “We Must demand that the extremely wealthy pay their fair share”. Can we fault Sanders for the Tweet? No, not all.

Bernie was doing his job as the Chairman of the Budget Committee in the Senate. Sanders has been in public service for a long time to understand how vital taxes are in running the government.

President Biden’s strong man was just passing a message across. The lawmaker’s tweet caught the attention of billionaire Musk who saw it as an attack on American billionaires. The business tycoon was quick to represent the billionaires club by responding by saying ‘I keep forgetting that you’re still alive.

Those are not the best word’s to say to an 80-year-old senator who is doing all it takes to help Alzheimer’s patients access treatment. I cannot just imagine the feelings of a Bernie Sanders supporter who rides on a Tesla car on reading Musk’s tweet.

I bet even Musk’s fans were not happy but it was even worse for Bernie’s supporters. Courtney Love is one of Bernie’s supporters who was angered by Elon’s attacks. The celebrity could not allow the billionaire just to get away with it. She responded by saying “@elonmusk, do you know your str8, male, PayPal mafia messaging group?

I was on bcc for MONTHS on this thing. “Should we agree to pay our fair share of taxes?” Don’t take it out on Bernie. It’s Kendall Roy. ” It is clear that Love supports Bernie Sander’s idea of the rich paying their taxes.

From the Tweet, she also warns Musk of leaking cryptic messages that are linked to the PayPal mafia Messaging group. Twitter was on fire as they were eager to know the contents of the private emails.

The Musician took a different direction by posting her second Tweet that read, “@elonmusk Relax. I’m a GOOD Queen. Capitalism & the American dream has been good to you. Be good at it. #justpayyourtaxesbuddy.” The tweet was still emphasizing the need to pay taxes.

Courtney succumbed to the pressure of her Twitter followers and reporters by saying “Mostly gross sex stuff, entitled dudes being suck-ups/toadies, I was sleeping w someone on it (Thielis not on it. So. Str8) it’s not his fault I got BCC’d. I like Elon the few times we’ve met…” Love seems to have been a keen Sunday school student as she employs the words of Proverbs 22: 1 (A good name is to be chosen rather than great riches, loving favor rather than silver and gold.“).

The American actor is on a mission of tarnishing the image of the business tycoon. Love deleted her last tweet probably after her lawyer saw it. Her lawyer must have seen a defamation lawsuit and made a smart move of advising Love to delete the messages.

No one would want to compensate the world’s richest man in a defamation case. Love’s lawyer seems to understand how costly it can be. The lawyer had just to have the tweet deleted. Musk is yet to respond to the emails.

What is Elon hiding in the personal emails?

The celebrity’s third Tweet gives us a hint of what the cryptic messages are containing. She alleges that the emails have some gross sex stuff. Could be another big sex scandal for the world’s richest man? We can only wait and see.

It is just interesting trying to figure out what tech bros and billionaires would have been discussing in the PayPal Mafia Group. Probably, they were sharing some codes and discussing how to improve PayPal.

It makes some sense if they were hiding the technology behind PayPal from their competitors. Amid Love’s threats against Elon, it is just to give Elon some credit for coming up with the idea of PayPal. Musk is one of the pioneers of the online payment platform.

Musk founded X.com in March 1999 as an online financial services company. By October 2002 Musk was unceremoniously replaced as the CEO of X.com, a company that he had founded.X.com was later renamed PayPal in 2001 and went Public in 2002.

Some of the emails shared in the PayPal messaging group may not be that bad. Courtney owes the Twitterverse a clear explanation that touches on both sides of the story. But what does Love mean about the ‘mafia’ bit? Is she trying to suggest that Musk is involved in an organized crime?

But which crime? Let us think. What crime are tech bros likely to be involved in if at all Love’s words are to be taken seriously? Tech geniuses will likely be involved in cybercrime.

But I do not think so. They were probably trying to come up with the best encryption techniques that could safeguard their PayPal Company from online hackers. Most probably the mafia were white cap hackers. Sorry, what does that mean? Whitecap hackers are hackers who have the permission of the system owners before attacking. That makes the process completely legal.

The Celebrated Musician may be ignorant of the PayPal Mafia’s actions. However, if Musk and his gang were involved in any crime, the FBI would come knocking at their doors.

Courtney Love is not justified in leaking Elon’s emails as they are private emails. The 57-year-old musician should just allow the emails to remain private just as they were meant to be. However, she has a higher obligation of leaking the messages if they link PayPal to a particular crime.

You know there is nothing private when it comes to issues of national security. In that case, the Department of Homeland Security will just have to investigate America’s richest man.

Love is also the last person that was expected to weigh in on the tax debate since she is also accused of tax evasion. She owes the federal state $ 375, 000 of taxes. It is only fair for her to faithfully fulfill her tax obligation before lashing out at Musk.

Sometimes it is just easy to point out another person’s mistake while you are also a victim. That is hypocrisy at its maximum.

Courtney has not yet fully leaked Musk’s emails. Twitter is waiting like never before for the dossier. Given Love’s actions of deleting her last Tweet, avid Twitter users should lower their expectations of Love leaking Elon’s emails.

The tech billionaire has probably texted the musician and told her to go slow on her threats. From the look of things, Love has yielded to the demands of Elon Musk.

The case of Courtney threatening to leak Elon’s email is a perfect example of the power of the Tweet. Just one careless Tweet from Musk has attracted great scrutiny on his personal life. The tweet may even ruin his reputation if Love proceeds to leak Elon’s emails.

In the meantime, both Courtney’s and Musk’s fans are engaged in a heated argument on whether Courtney Love got it wrong when she threatens to leak Elon’s emails. You can also express your view by commenting on whether Love has missed the point by threatening to expose Elon Musk’s emails.