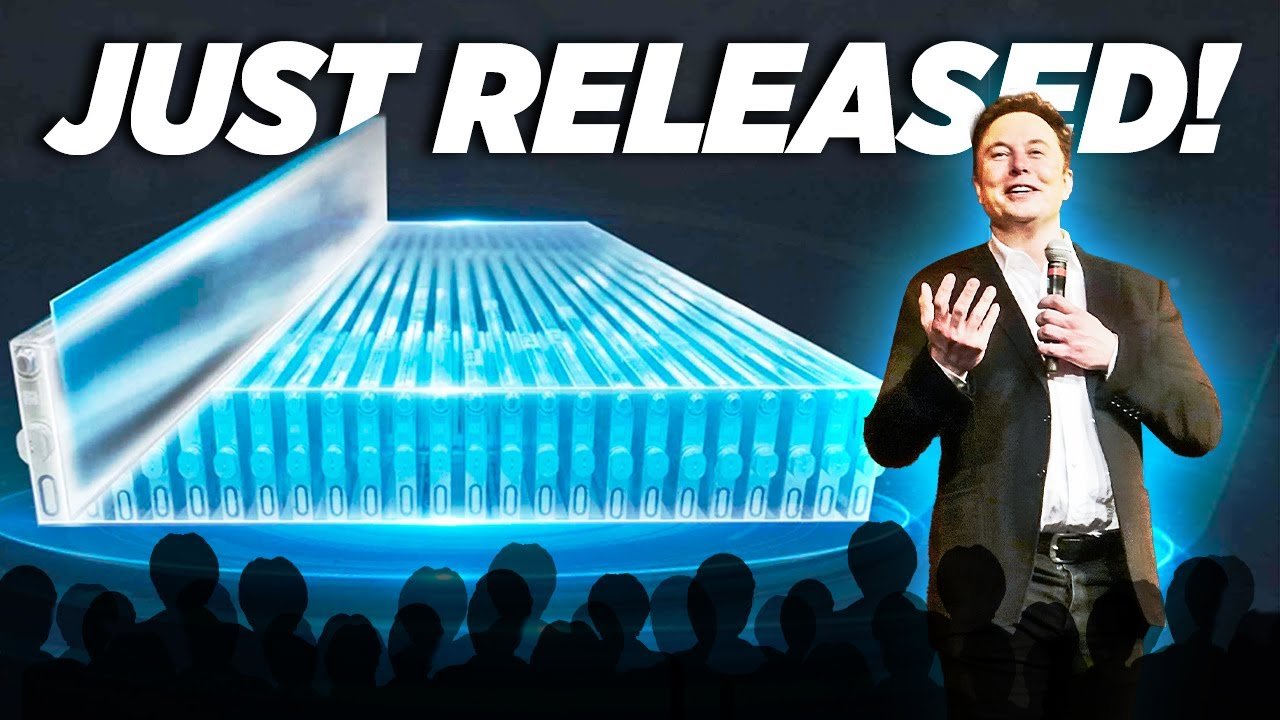 Elon Musk Unveils The Insane Tesla’s News Blade Battery: Tesla is a company that is always looking for state of the art technology. From upgrading the top speeds of their cars to the range, payload, and recently, even their batteries to the new 4680 batteries.

There was a rumor going around last year that Tesla has also decided to try out some other batteries, known as the Blade Battery. American technology has once again been out bested by Chinese technology this time in the form of batteries for Electric Vehicles.

So, what exactly is the blade battery? How is it better than your standard lithium-ion batteries? These Blade batteries are made by a Chinese company called BYD. This year, the price of lithium carbonate, a key component of electric vehicle batteries, has doubled.

Nickel, a critical component of most electric vehicle batteries, was at a five-month high in 2021. According to BloombergNEF, a clean-energy research group, demand for EV metals will increase tenfold by the end of the decade, putting greater pressure on pricing.

This brings us to the Blade, a little-known, ground-breaking battery made of abundant and relatively inexpensive iron and phosphate that last year cost around 28 percent less than lithium-ion batteries.

The Blade Battery, which was developed by BYD, a Chinese company backed by Warren Buffett, compactly packs volatile battery metals into a slim, long container while using significantly fewer pounds of fireproofing material than a standard lithium-ion battery.

The Blade battery has a driving range per charge comparable to far costlier batteries, and it lasts hundreds of thousands of miles many times longer than competitors.

What makes this battery so unique is that BYD has claimed that each battery can last up to 1.2 million kilometers, so once you install a Blade Battery, you absolutely do not need to worry about it wearing out.

Upon performing specific heat and pressure tests, where the heat was cranked up by over 200% to what the battery is supposed to withstand, the battery did wear out, but there were absolutely no signs of a fire.

The rumor that Tesla will use BYD blade batteries with LFP cells starting in the second quarter of 2022 has been given new life: According to Chinese media, BYD has received an initial order from Tesla for LFP battery cells.

Unlike the initial allegations from the summer, which claimed that Tesla was already in the “C-sample test phase” with the BYD batteries, the newest rumors aren’t about the cells being installed in Tesla’s upcoming new entry-level model, called the “Model 2,” which only costs $25,000.

The alleged order of blade batteries is reported to be for the Model 3 and Model Y standard range variations made in China. When asked about the information, BYD declined to comment.

It’s also fitting that Tesla revealed in its most recent financial results that it would switch all of its standard-range models to Lithium-Phosphate batteries globally. Until now, Tesla’s standard range models made in Shanghai had relied on CATL’s Lithium Phosphate or LFP cells.

The standard-range Model 3 made in the United States continues to use round cells, same as the all-wheel-drive models that need a larger battery. A 55 kWh LFP battery is now available for the Model 3. The Model Y, which is presently only available in China, has a battery capacity of 60 kWh.

A version like this may be imported into the EU, although that hasn’t happened yet. With the 10 GWh, more than 160,000 battery packs, with 60 kWh apiece could be manufactured. However, because BYD’s blade battery has a unique cell form factor – the cells are relatively long and narrow.

The Blade’s “cell to pack” architecture offers a low-cost solution to the projected years-long shortage of battery metals as EV demand grows. The Blade also promised to bring EV pricing down for the general public. Despite this, it has received very little attention in the West.

This is about to change. Expect the Blade’s concept to become a core technology for electric vehicles all over the world. Lithium-iron-phosphate batteries, such as those found in the Blade, are going to swoop in and capture a far larger share of the EV market than many experts predict.

The Blade’s advancement is one of the main reasons. Elon Musk famously mocked the idea that BYD, which makes batteries as well as full-fledged electric automobiles, could compete with his company Tesla in 2011.

He mocked BYD’s vehicle design and technology, saying, “I think their focus is and rightly should be, on making sure they don’t die in China,” rather than what they might sell elsewhere.

On the other hand, Musk may be the only Western EV maker to accept BYD’s battery technology a decade later. Last September, during Musk’s Tesla Battery Day event, he mentioned using cell-to-pack as part of a top-to-bottom reimagining of his company’s batteries.

Musk didn’t say anything about the Blade, but his comments backed it up. The loose context of the cell-to-pack idea is the battle for increasing energy density. Researchers are always trying to squeeze more energy-dense battery material into a smaller space in order to increase vehicle range.

They are currently compelled to cover approximately 40 percent of the standard battery pack with unnecessary packaging, primarily cell management and sensing devices and insulation to prevent an explosion.

This is because the principal battery formulations in electronic gadgets and in electric vehicles are highly volatile and combustible.

Following a number of vehicle fires, GM Motors recalled 69,000 of its electric Bolts last year. But all of that extra stuff is just a waste of pack space and weight materials that don’t generate any additional energy. Enter the Blade Battery.

BYD Chairman Wang Chuanfu criticized how the industry’s desire to improve vehicle range led to high-energy battery formulations with greater density and a toxic brew of battery explosions and fires.

The Blade, however, which was made up of a series of relatively small cells had a public relations problem. Because of their lower energy density, LFP technologies like the Blade have failed to gain traction among major non-Chinese manufacturers, despite being significantly safer than typical NMC and NCA batteries.

These firms appear to believe that EVs powered by LFP batteries will not go far enough to please Western motorists. Despite this, BYD claims that the Blade has extraordinarily long ranges.

BYD, for example, has long been one of China’s largest electric vehicle producers, and in June 2021, it shipped 100 of its $68,000 Tang SUVs outfitted with the Blade to Norway.

According to the company, these vehicles would be able to travel 350 miles on a single charge and fast-charge between 30% and 80% of their energy capacity in half an hour. However, when it comes to surviving in cold environments, the industry is very skeptical about these batteries.

When asked why the industry is cautious of LFP and the Blade, skeptics point out that LFP becomes sluggish in extreme cold: Lithium ions have difficulty traveling through generally thick LFP cathodes at subzero temperatures and only make it halfway through the electrode.

In practice, this implies that LFP-equipped vehicles have a significantly reduced range in cold weather, which irritates drivers. LFP naysayers argue that battery makers will inevitably develop a cell-to-pack solution for NMC and NCA while the Blade is a cool concept.

This would result in a halving of raw material costs for metals at the pack level, undercutting LFP. So, while the Blade would be a great addition to the battery family of Tesla, Musk is yet to pass any confirmed news on their introduction to the company. What do you think of the blade battery? Let us know in the comments below.

Thanks for reading till the end. Comment what’s your opinion about this information “Elon Musk Unveils The Insane Tesla’s News Blade Battery“.