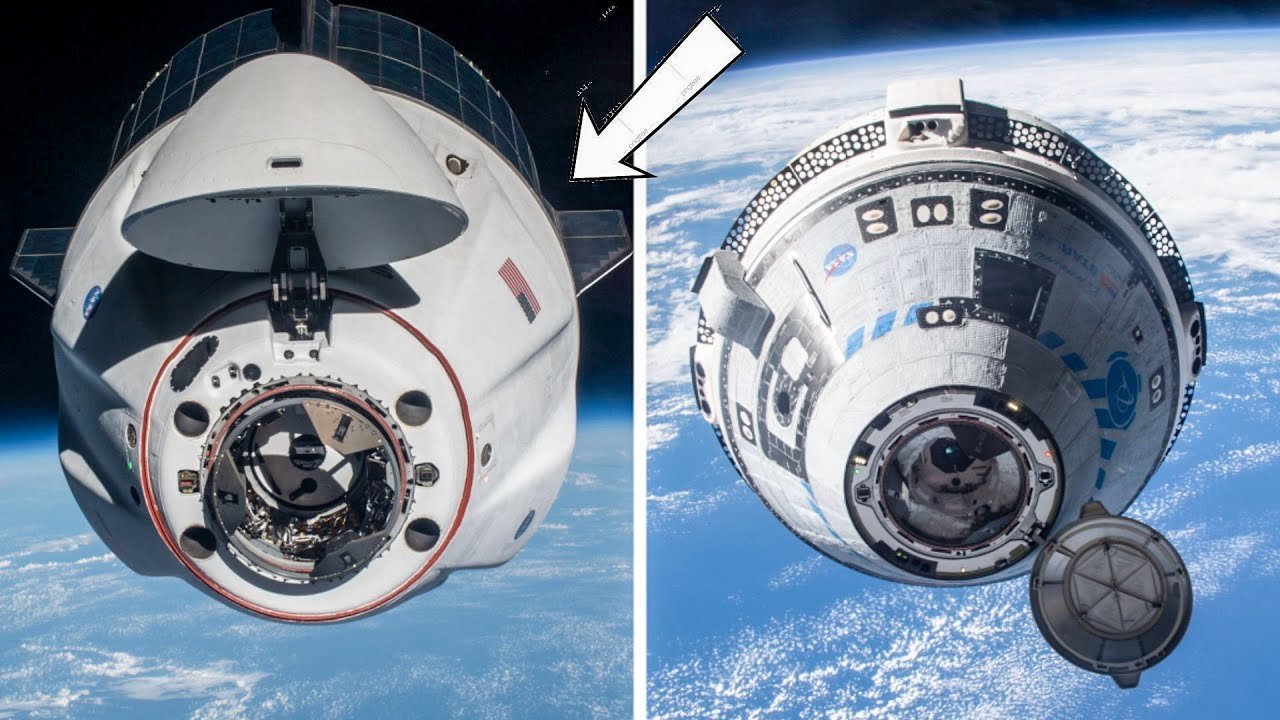 Nasa Finally Realise SpaceX Crew Dragon Is Way Better Than Boeing Starliner: SpaceX is currently the only U.S. company capable of launching astronauts safely to and from the ISS.

SpaceX and competitor Boeing are part of NASA’s Commercial Crew Program that aims to conduct frequent, rotational spaceflights to the orbiting outpost from American soil. But SpaceX, well, that contract has proved a resounding success.

The vehicles returned to Earth came after nearly a week long trip to the International Space Station. This journey made history as it marked the first time that a private American company, not named SpaceX, successfully reached the ISS.

However, many questions remain after this imperfect mission, so it’s definitely endangered to send astronauts on starliners next flight. This is the time NASA realizes why space X Dragon is still much better than Boeing Starliner.

NASA doesn’t want to keep all of its eggs in one basket, and sadly, for now, NASA can still depend only on SpaceX. While this week’s Starliner mission to the ISS was successful, there are several issues Boeing will have to address before the next launch.

The mission kicked off Thursday evening with a Florida launch and the star liner, which is designed to carry astronauts but is flying without people for this test, docked with the ISS Friday night at eight twenty-eight PM Eastern Time, notably the docking.

Occurred about an hour later than expected, as ground crews work through a few issues, including a software issue that skewed graphics, sort of like a misaligned GPS map. There were also issues with sensors and some docking components that were not initially moving correctly.

The capsule has a docking ring that pops out as it approaches its port and is used to latch on to the ISS during the first attempt at docking. Some components didn’t move into the proper configuration.

Ground teams had to try the pop-out process a second time to get everything in the right place. There’s also been a small problem with starliner cooling loops which are part of the system that regulates the spacecraft’s temperature.

All those issues have to be analyzed or fixed in time for the Starliner to move ahead, And the docking ultimately went off without a major issue. it was really nail-biting. Watching that vehicle sit out there for a while until it was time to come in, said Mark Nappi, Boeing Starliner program manager.

As he told reporters Friday night looming over the mission, however, has been several other issues with the spacecraft on board thrusters, which maneuver and Orient the vehicle as it sails through space.

This lingering chemical, which forced the recovery team to temporarily back off, may have been a result of Starliner not burning through all of its propellants. Stitch said during a post touchdown briefing, no leaks were detected, he added.

Despite these issues, the team behind the mission still seems optimistic. We have a few things to work on, but I don’t really see any show stoppers. Stitched told reporters at the briefing, that NASA and Boeing will now carefully analyze and scrutinize the mission data which will inform the next steps.

Overall, the glitches were minor compared to the trouble Starliner saw during its first Test launch back in two thousand nineteen when one software bug caused it to burn too much fuel to reach its destination, and another almost meant that the vehicle was destroyed during reentry.

The second error was caught in time to upload a patch and the vessel was able to land safely at white sand Space Harbor, the same spaceport where the space Shuttle Columbia once landed and were Starliner touched down once more on Wednesday.

However, when this will directly relate to the crew. Even a small error of this type can put the life of astronauts in danger. As a result, NASA safety advisors are voicing concerns over Boeing Starliner this month.

Members of NASA’s Independent Safety Advisory Panel cautioned the space agency not to rush toward a crew test flight of Boeing’s troubled Starliner spacecraft and voiced concerns about the final certification of the capsules.

Parachutes and Boeing staffing levels on the program. With SpaceX now providing regular crew transportation services for the space station, NASA officials had time to ring out technical issues with the Starliner spacecraft.

In the event SpaceX runs into any significant delays for the latest flight, West said that NASA managers have signed off on the oxidizer valve fix for the OFT two mission, but noted that there is some question as to whether a valve redesign would be required for future.

The rationale for issues with a high-pressure latch valve on the Starliner command module propulsion system. A separate issue from the oxidizer valves in the service module.

Also, there’s concern that the certification of Boeing parachutes is lagging behind West, said he also noted a significant programmatic concern with the limited number of human-rated atlas five rockets remaining in UAS inventory.

Eight of those twenty-four rockets are already allocated to the Starliner program, enough to fulfill Boeing’s contractual requirement to NASA, which includes two more test flights and six operational crew rotation missions to the space station.

Then ULA ‘s new Vulcan rocket has not flown. Yet another factor is that the Vulcan launch vehicle is slated to replace the atlas five for Starliner launches. Needs to be certified for human spaceflight and the process of getting that certification could take years according to West.

In addition, West, a long-time engineering safety manager, and examinations director at the Board of Certified Safety Professionals said general concerns about the NASA and contractors workforce across the agency’s human spaceflight program have particular significance in Boeing’s case.

The panel has noted that Boeing’s staffing levels seem to be. Especially low West said the panel will be monitoring the situation in the near future to see what impact, if any, this could have on the existence or mitigation of any safety risk.

While we don’t want to see an undue rushing toward the CFT launch, Boeing should ensure that all available resources are applied to meet a reasonable schedule and avoid unnecessary delays, stated West.

We are certainly behind the idea of not launching until it’s ready until all safety. Has been taken care of, said Mark Sirangelo, another member of the safety panel.

He continued at the same time if the delays are caused by a lack of resources being applied to the program that has significant impacts or may have significant effects on the NASA schedule for its return to the Moon and many other things that are going to fan out from those delays.

As for when that mission will come, Stitch, said NASA and Boeing are working toward having the hardware ready by the end of the year. However, he acknowledged it certainly could move into the first quarter of next year.

Thanks for reading till the end. Comment what’s your opinion about this information “Nasa Finally Realise SpaceX Crew Dragon Is Way Better Than Boeing Starliner“.