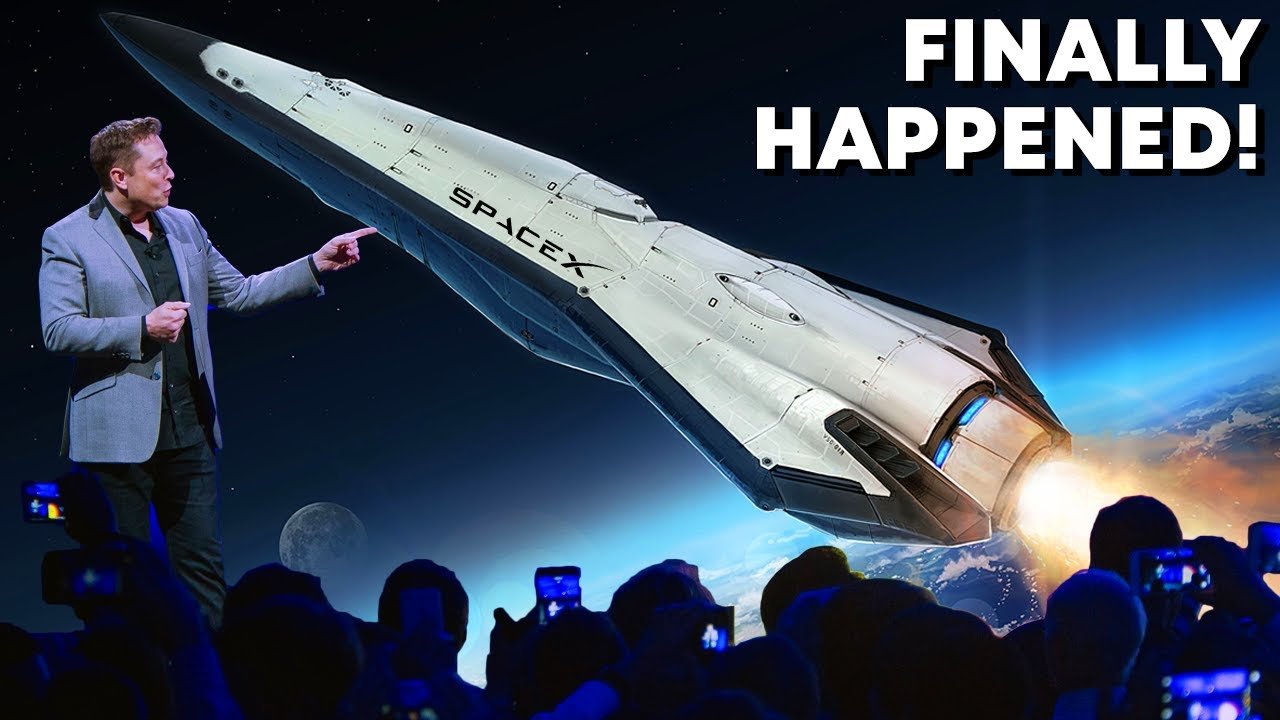 Eight and a half minutes after liftoff, the rocket’s booster landed back at Cape Canaveral’s Landing Zone One. The massive, gleaming spaceship, which is set to launch 59 small payloads from clients worldwide, has stunned the whole space business. After this launch, the Russians are on the edge of their seats.

Elon Musk’s SpaceX smashed its own yearly orbital launch record last year, and it plans to increase the torrid pace to one per week in 2022.

Sandra Magnus, a member of a key NASA agency oversight committee, said that the private corporation is aiming for “an ambitious 52 launch manifest” for 2022. “That’s an incredible pace,” remarked Magnus, an astronaut and former executive director of the American Institute of Aeronautics and Astronautics, at a NASA Aerospace Safety Advisory Panel meeting (ASAP).

In 2021, SpaceX performed 31 launches, breaking their previous record of 26 launches set in 2020. Last year, SpaceX accounted for nearly a quarter of all successful orbital rocket launches worldwide, with the business basically keeping up with China.

With three successful Falcon 9 launches this year and two more scheduled, the corporation is already on a weekly average pace. SpaceX has four Falcon Heavy rockets slated for flight in 2022 and its Falcon 9 launches.

Magnus did not say whether the 52 planned launches would include test flights of SpaceX’s Starship prototype rockets.

SpaceX’s ability to partially reuse its Falcon 9 and Falcon Heavy rockets by landing rocket boosters and retrieving each half of the nosecone following launches has been a major component of the company’s quick launch rate.

SpaceX reuses rockets as a strategy to enhance its launch rate without considerably expanding manufacturing. The company’s leadership has indicated that reusing rockets can reduce launches to around $30 million per, from a usual $60 million to $90 million price tag.

For example, the Falcon 9 rocket that flew SpaceX’s Transporter-3 mission was reused for the tenth time less than 20 months after its debut. SpaceX has a number of crewed spaceflight missions planned for 2022, including one for NASA.

Magnus praised the company’s speed, but she also advised prudence and safety. “Both NASA and SpaceX will have to ensure the appropriate attention and priority are focused on NASA missions, and the right resources are brought to bear to maintain that pace at a safe measure,” Magnus added.

What Is On Transporter 5?

SpaceX’s Transporter-5 mission is the company’s fifth dedicated rideshare mission. These rideshare missions are aimed at competing with other smallsat launch businesses in the aerospace sector, such as Astra and Rocket Lab, which use small launch vehicles to provide dedicated flights for smallsat payloads.

After attaining a Sun-Synchronous Orbit, a total of 59 payloads will be placed within the 5.2 m Falcon 9 fairing and deployed over almost 20 minutes of mission duration (SSO).

Many factors influence the deployment sequence, including customer requirements and satellite positioning on payload adaptor rings. Payloads are constrained by volumetric limitations and interact with one of two rings, one with a diameter of 15 inches and the other with a diameter of 24 inches.

More volume, or a greater payload, is possible with the larger ring. Customers can also purchase the top slot, which enables the mission’s greatest payload.

Transporter 5 was the Falcon 9’s 22nd flight in 2022, and the rocket’s 155th overall. According to a SpaceX account, this was the seventh launch of this specific Falcon 9 first stage (opens in new tab).

In October 2012, Dragon conducted the first private spacecraft visit to the station, and since then, it has completed more than 25 supply flights. SpaceX has been using Falcon 9 for crewed trips to the International Space Station on behalf of NASA and other customers since 2020.

The Falcon 9 is designed to be a reusable system, in keeping with SpaceX founder Elon Musk’s goal of lowering the cost of space travel.

The first stage of the rocket lands on land or a drone ship near the launch site. It has been tasked with security tasks on behalf of the National Reconnaissance Office and is the vehicle of choice for SpaceX’s Starlink satellite system for internet connectivity.

NASA, Axiom Orbit, the Polaris Program, and other commercial organizations or entities use its Crew Dragon spacecraft to launch missions into space.

These missions can travel to the International Space Station or low-Earth orbit. Aspects of the Falcon 9 system have also been developed for the Falcon Heavy cargo rocket, which is significantly more powerful. The Falcon 9 rocket has two stages.

It is joined to the first stage of the Falcon 9 by a carbon-fiber aluminum-core composite “interstage.” Block 5 saw a number of improvements, allowing it to evolve into the crew-launching reusable rocket we know today.

The Composite Overwrapped Pressure Vessels (COPVs) have to be completely redesigned, to begin with. The COPV change was required by NASA since it was the cause of both Falcon 9 failures: AMOS-6 and CRS-7.

Along with human spaceflight certification, Block 5 brought a slew of additional significant upgrades. SpaceX strengthened the landing legs, improved the grid fins, and added a carbon fiber interstage to maximize the amount of flight each rocket could take while reducing turnaround time.

They also improved the engines and applied heat-resistant exterior paint. Booster 1061-8 was the Falcon 9 booster used on the Transporter-5 mission. It took off for the first time in November 2020 as part of the Crew-1 crew rotation flight.

Crew-2, SXM-8, CRS-23, IXPE, Starlink Group 4-7, and most recently Transporter-4 were among the missions it flew. The 100th launch of a Falcon 9 Block 5 rocket occurred with the eighth launch of booster 1061.

The Falcon 9 Block 5 version made its first launch with rocket 1046, which carried the Bangabandhu Satellite-1. Falcon 9’s Block 5 is expected to be the final significant variation. Booster 1061-8 is significant for being the first stage that has supported the most NASA missions of any first stage, with four flights.

The Falcon 9 atop the Transport Erector — or T/E — was rolled out of the Horizontal Integration Facility at SLC-40 before launch day. It was lifted vertically and moved to the pad.

The launch auto sequence commenced at T-35 minutes before liftoff, indicating that the Falcon 9’s propellant filling procedures began with the loading of RP-1 on both stages of the rocket.

The loading of Liquid Oxygen (LOX) commenced in the first stage at the same moment. At T-16 minutes, LOX loading on the second stage began. At the T-20 minute mark before launch, a significant emission of excess oxygen from the T/E signaled an approaching Falcon 9 launch.

Meanwhile, the loading of RP-1 onto Falcon 9’s upper stage was finished. The T/E retracted to the launch position at T-4 minutes and 30 seconds before liftoff. The Falcon 9 then entered startup a minute before liftoff, which is when the vehicle takes over management of the remaining countdown.

The nine Merlin 1D engines on the first stage fired at T-3 seconds. The hold-down clamps on the T/reaction E’s frame were released at T-0, and the Falcon 9 took off from SLC-40. The vehicle rolled to the appropriate launch angle and began to pitch downrange of the launch site shortly after launch.

The Falcon 9 used a “dogleg maneuver” to avoid flying over Florida while climbing. The polar launch corridor was employed for this launch, which SpaceX has been using since the SAOCOM 1B mission in 2020. Between 1969 and 2020, the route was abandoned.

The nine Merlin 1D engines on the first stage shut down around two and a half minutes into the flight, marking a milestone known as main engine cutoff (MECO), and the second stage separated from the first stage.

After then, the booster ignited three of its nine Merlin 1D engines for a boostback burn. A second burn, known as the entrance burn, took place a few minutes later to slow the rocket down as it approached Earth’s atmosphere.

The Falcon 9 second stage flew close to the eastern coast of Florida due to the launch’s southern direction. Near West Palm Beach, the car came the closest to the water. Around this time, the second stage’s two fairing halves separated, exposing the plethora of payloads to space’s vacuum.

After splashing down under a parachute in the Atlantic Ocean 600 kilometers south of Cape Canaveral, the halves will be recovered by one of SpaceX’s recovery ships. Prior to landing, the first stage booster performed a landing burn with the center Merlin 1D engine and landed at LZ-1.

Booster 1061-9 is the name given to the booster after it lands. LZ-1 was developed on the former location of Cape Canaveral’s Launch Complex 13. Between 1958 and 1978, the pad hosted test launches of the SM-65 Atlas intercontinental ballistic missile and later Atlas rockets.

To make space for the development of LZ-1 and LZ-2, the site was razed. In the meantime, the second stage soared across Cuba on its way south on a near-polar launch trajectory. The payloads on board the second stage began to separate once the powered flight was completed.

Following the payload separation procedure, the second stage MVac engine will re-ignite to deorbit the second stage, causing it to burn up over the South Pacific Ocean. Payloads A variety of rideshare payloads were included in the Transporter-5 mission.

This contains Spaceflight Inc’s Sherpa-AC orbital transfer vehicle, which was injected into a 525-kilometer Sun Synchronous Orbit. Two hosted payloads from Xona Space and NearSpace Launch are carried by the Sherpa-AC.

Spaceflight also oversaw the launch of three satellites for the Missile Defense Agency and the MIT Lincoln Laboratory. The Sherpa-AC, a new model of Spaceflight’s Sherpa spacecraft with attitude control but no engine, is making its inaugural flight.

The trip also carried the D-Orbit-built Italian space tug ION SCV-006, which will transport further CubeSats. The Momentus VR-3, which carried many CubeSats and PocketQubes, is another tug. The payloads on board the second stage began to separate once the powered flight was completed.

The majority of spacecraft communicate using radio waves, however, laser (or optical) communication is a growing technology that will be utilized on future crewed and uncrewed missions, including the upcoming Lunar Gateway.

Musk has demonstrated that he is not one to give up after numerous unsuccessful missions with the launch of Transporter 5 Falcon 9. In reality, he did an excellent job of making this launch a success.

Thanks for reading till the end. Comment what’s your opinion about this information “Elon Musk Finally Unveils Insane New Starship 2022“.