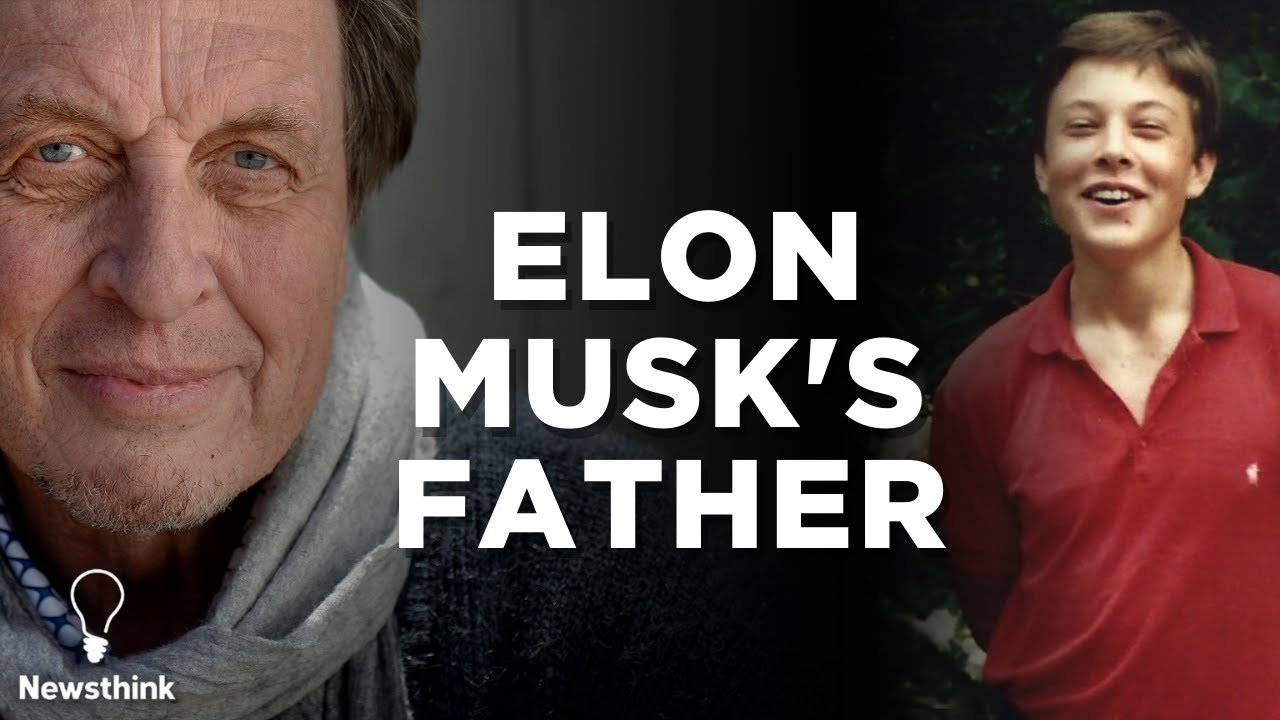 Errol Musk: The Brilliant, ‘Evil’ Father of Elon Musk: We often see Elon Musk and his siblings pictured with their mum, Maye Musk. Yet their relationship with their father is much more complicated. Errol Musk is a brilliant engineer who undoubtedly passed on his genes to his famous son.

He has also been described by Elon as “evil”. This is the story of how he helped shape the richest man in the world. Errol was born in Pretoria, South Africa to an army sergeant father and a British mother whose family is famed for their intellect.

Errol and Maye grew up in the same neighborhood. He fell for her supermodel looks. She became a well-known fashion model and a dietician. The two dated on and off at university.

According to Maye, Errol relentlessly pursued her hand in marriage, telling Elon’s biographer Ashlee Vance, “He just never stopped proposing.” Reminiscent of Elon’s pursuit of his first wife Justine while they were at university together in Canada.

Justine described to biographer Vance how Elon would call her insistently, saying, “You always knew it was Elon because the phone would never stop ringing. The man does not take no for an answer. You can’t blow him off. I do think of him as the Terminator. He locks his gaze on to something and says, ‘It shall be mine.’ Bit by bit, he won me over.”

Nine months after Errol and Maye tied the knot, Elon came into the world. They knew their son was special from a very young age as Errol told South African radio station 702’s the Money Show with Bruce Whitfield. He’s always been a very deep thinker.

The Musk family lived comfortably in Pretoria thanks to Errol’s successful engineering business and his work as a real-estate developer.

According to Elon, his father has an extremely high IQ and is a talented electrical and mechanical engineer. Elon benefited immensely from his father’s skill. Errol used to take him and his brother Kimbal to his engineering job sites where they learned how to lay bricks, install plumbing, and put in electrical wiring.

It was also Errol who introduced Elon to the world of computers. When Elon was 11, he insisted that his dad take him to learn how to use the new computers that had just come out.

He was far too young to attend a course hosted at the University of the Witwatersrand in Johannesburg but his dad managed to book him a spot through his engineering connections. Errol recounted what happened when Elon went to that lecture.

“Anyway, he went, and I left him there, took Kimbal and I went off to get a hamburger. And came back. It was a three-hour-long thing at Wits. And we came back and everyone came out and no Elon. And we waited and waited.

And finally, went into the chilly halls of Wits and found this sort of sloping theatre, lecture hall, rather. And there was Elon with his jacket and tie off and his sleeves rolled up and his long grey flannels, four feet high, talking to all these blokes from England.

And when I walked up to them, the one who, some professor – he didn’t even bother to sort of introduce himself – he just said to me: ‘This boy has to have one of these computers.’ Anyway, we got him one of the computers, and I got it at a discount, thank God. “”

With that computer, Elon taught himself how to program. And he was brilliant at it. He scored an A+ on an aptitude test for programming and operating a computer when he briefly attended the University of Pretoria.

According to Maye, he had to be re-tested because the university had never seen such a high score. Although from the outside it may have appeared Elon had a happy childhood, he would say that it felt like “misery” thanks in large part to Errol.

Maye and Errol divorced in 1979 when Elon was eight. She left what she described as an abusive relationship. Maye struggled as a single mom. She said she’d cry when one of the kids spilled milk because she couldn’t buy more milk that day.

She worked several jobs to support her three children, bought secondhand clothes, and cooked cheap and nutritious meals for them like bean stews. After a couple of years, Elon felt sorry that his father was living alone and decided to move in with him in a suburb of Johannesburg.

It was a decision he would come to regret. Elon told Rolling Stone: “He was such a terrible human being. You have no idea. My dad will have a carefully thought-out plan of evil. He will plan evil.” “Almost every crime you can possibly think of, he has done.

Almost every evil thing you could possibly think of, he has done.” Elon never specified what his father had allegedly done but says he wasn’t physically violent toward him. This is what we do know about Errol.

He once said he shot and killed three people who broke into his home, and was later cleared of all charges on the grounds of self-defense. He also had a child with his stepdaughter, Jana Bezuidenhout, from another marriage.

He said his stepdaughter turned to him for comfort after a breakup with her boyfriend, and the child was conceived “in the heat of the moment”.

Errol has spoken out against Elon’s portrayal of him, telling the UK’s Daily Mail: “‘Elon needs to grow up. He needs to get over himself. I’m not going to hit back. I’m going to wait until he comes to his senses. He’s having a tantrum, like a spoilt child.”

By the time Elon came to live with him after the divorce, Errol claimed he was making a lot of money in emerald mining. Business Insider reported that Errol owned half of an emerald mine in Zambia.

And in another Business Insider article, Errol said: ‘We had so much money we couldn’t even close our safe’. But according to Elon, his father didn’t own an emerald mine. Elon tweeted that he had to work his way through college, ending up with $100,000 in student debt, and couldn’t afford a second computer at his first company, Zip2.

He said when he emigrated from South Africa to North America, he only had $2,000 in his pocket. Elon’s goal was always to end up in the United States, the home of all the exciting developments in technology.

To get to the States, he first went to Canada, his mother’s birthplace. Elon was just 17 years old when he arrived in Canada, where he stayed with a cousin, working on a farm in Saskatchewan. He later made his way here to Toronto, and also obtained passports for his mother, brother, and sister to join him.

They lived for a time at 4000 Yonge St. in this rent-controlled apartment. According to Maye, Elon slept on the couch. His father did not wish him well. In fact, Errol didn’t think his son would make much of himself.

Elon said his father told him he’d be back in South Africa in three months and that he was an idiot. That “idiot” went on to found and run two of the most innovative and successful companies in the world, Tesla and SpaceX.

Some have suggested that Musk’s image as the savior of humanity, by accelerating the world’s transition to sustainable energy, and by trying to colonize Mars, might stem from his childhood pain.

Rolling Stone wrote: Somewhere in this trauma bond is the key to Musk’s worldview – creation against destruction, of being useful versus harmful, of defending the world against evil.

Does his father now believe his son will succeed and go where no man or woman has gone before? Is Elon going to get to Mars? He is. I don’t think there’s any doubt in it whatsoever. Yet it’s unlikely Elon would take his father along for the ride. Their relationship remains strained.

Thanks for reading till the end. Comment what’s your opinion about this information “Errol Musk: The Brilliant, ‘Evil’ Father of Elon Musk“.