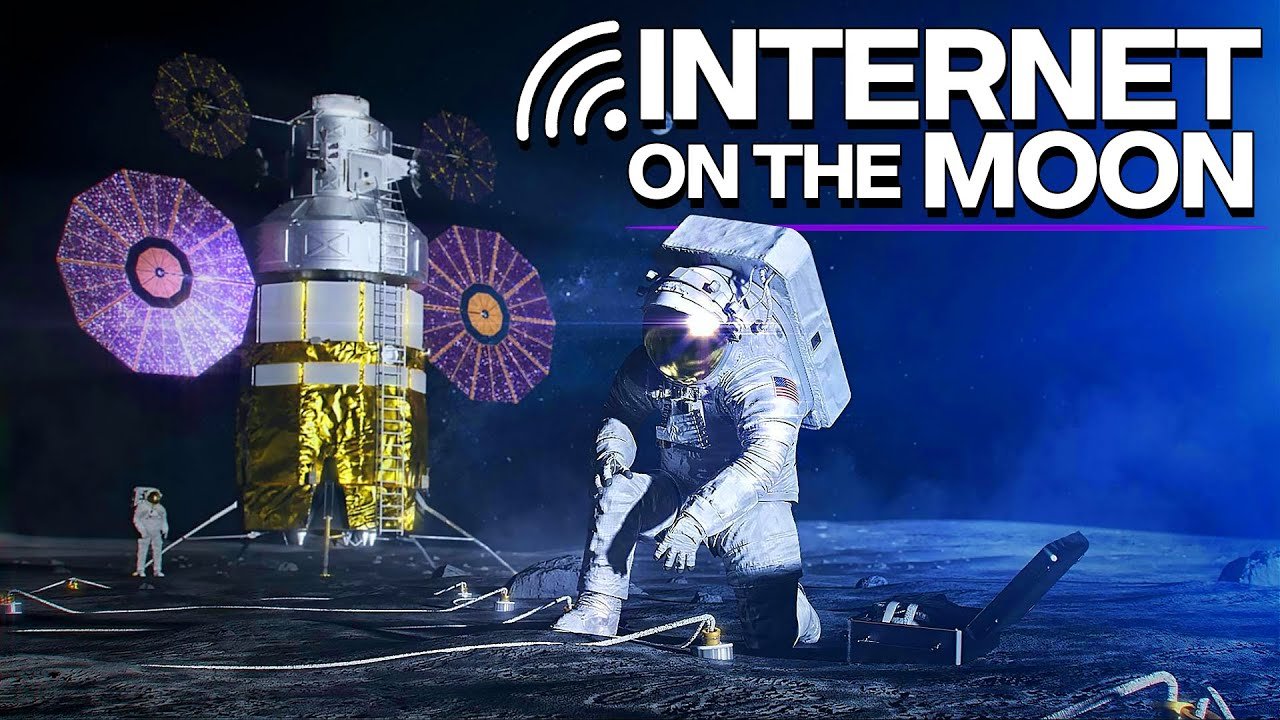 NASA’s Insane Plans After The 3 Artemis Missions?: NASA’s Artemis mission will be one of its most ambitious missions. NASA plans to land humans back onto the moon after 50 years. The new space race has already started with many private and government organizations working towards making space accessible for everyone.

The Artemis program would be the defining moment of this decade. Not only will it land humans back on the moon, but also prepare us for the Next Big Step: Landing humans on Mars.

NASA’s Plans After The 3 Artemis Missions

After the Artemis three mission, NASA along with its partners will start working on missions on and around the moon which will prepare us for the types of missions we will experience on a manned mission to Mars.

To make this possible NASA and its international and commercial partners will establish much needed systems, infracture and robotic missions that can enable a sustained human presence on the moon.

In order to achieve this more robust human lunar enterprise, NASA will expand the Gateway’s capabilities, establish the Artemis Base Camp at the Lunar south pole and establish high confidence in commercial lunar landers.

After the core Artemis elements—SLS, Orion, HLS, the Gateway, and possibly the LTV—are operational, NASA will work with international and commercial partners to pursue additional surface capabilities.

This approach will help NASA leverage from the years of investments it has made in systems required to return to the moon, while also making new partnerships and achieving new capabilities to ensure that our return to the moon is sustainable and extensible.

An amazing example of this would be LunaNet, an extensible and scalable lunar communication and navigation program.

A LunaNet architecture will give robotic landers, rovers and astronauts a similar network access like Earth. Each communication link will be a connection to the larger network, allowing data transfers between any network assets. LunaNet will also support positioning, navigation, and timing (PNT) services, making surface operations and science more precise than ever before.

Rovers collecting samples can send their data to relays orbiting the Moon, which can then send it back to Earth.

Astronauts on the moon’s surface will be able to receive real-time alerts of incoming solar flares generated by space weather instruments, giving them plenty of time to seek shelter. This will be a very flexible solution for NASA to enable exploration and science Activities.

This flexibility will be crucial for NASA as it has plans for both lunar and solar system exploration, allowing LunaNet to grow in a manner similar to how the internet developed on Earth. Among all these plans there will be two very significant aspects for the future after Artemis three.

These are the Artemis Base Camp, a permanent outpost for humans and the Lunar resources we will gather from our time on the moon. Let’s take a look at both of these in detail.

The Artemis base Camp

The main goal of going back to the moon is to have a permanent human presence on the moon, just like we have done on the ISS. The Artemis base camp will be humanity’s first foothold on the lunar surface.

Currently there are three proposed primary mission elements of the Artemis base camp: the Lunar terrain vehicle, an unpressurised rover to transport astronauts around the site; the habitable mobility platform, a pressurized rover to enable long-duration trips for the Astronauts away from the Artemis base camp; and the foundation surface habitat that will accommodate four crew members on the lunar surface, anchoring Artemis Base Camp and the U.S. presence at the South Pole.

Together, these elements, along with supporting infrastructure such as communications, power, radiation shielding, and waste disposal and storage planning, form a long-term capability on the Moon that can be revisited and expanded over the coming decades, while also testing systems that will be required for human missions further into the solar system.

The additional infrastructure present at the Artemis base camp will support one-to two month expeditions on the surface to learn more about the moon and our origins at large, developing new technologies aimed at advancing humanity’s interest and developing new resources that will help grow a new lunar economy.

The Artemis Base camp will demonstrate humanity’s continued effort to make space accessible to everyone and how the combined effect of humanity can achieve great things, while also preparing us for humanity’s first manned mission to Mars.

The Artemis Base camp will demonstrate America’s leadership in space. Mobility is crucial for the long term exploration of the lunar surface and that is where the pressurized and unpressurized rovers specially made for astronauts come in.

The Moon’s geography is complex with its resources dispersed, so NASA will have crystal clear plans for experiments and missions on the Artemis base camp. Evaluating prospective Artemis Base Camp locations, such as near Shackleton Crater, highlights the enormous expanse of the lunar landscape. To explore and develop the Moon, as well as Mars, robust mobility systems will be required.

Lunar Resources will be another important part of future moon missions.As our long-term stay on the Moon grows, chances to collect lunar resources may lead to safer, more efficient operations that rely less on supplies provided from Earth. Having a self-sustainable base is not only important for exploration on the moon but also for future manned missions on mars.

When NASA returns to the moon, putting in place a sustainable infrastructure will be very important. This next phase of space exploration for humans will require working and living in deep space for months and years and mean that Astronauts will have less immediate access to supplies and resources from earth.

Although NASA will deliver goods to the Gateway in lunar orbit to aid journeys to the Moon’s surface, the farther humans go into deep space, the more important it will be to generate supplies with local materials, a process called In-Situ Resource Utilization or ISRU.

Currently NASA has several ISRU investments through partnerships with commercial industries and academia which will be beneficial for our exploration of the moon. Moon Rovers will be equipped with a range of sensors, including ISRU experiments that will yield data on the availability and extraction of usable resources (e.g., oxygen and water).

Developing these technologies might enable the generation of fuel, water, and oxygen from local resources, allowing for long-term surface activities with reduced reliance on Earth.

Prospecting, extraction, and mining projects are expanding our ability to locate and extract resources from the lunar regolith. Thermal and chemical process advancements will provide an alternative to break down naturally existing minerals and chemicals discovered on the Moon to human consumables or even propellant.

There are other long-term applications that could lead to extraterrestrial metal processing, construction of habitats on the moon or other lunar surface structures using the resources found on the moon itself.

Many of these technologies will play a key role in demonstrating our capabilities on the moon for future use at Mars. While the moon has no atmosphere of its own, we know that Mars has one. Even though the Atmosphere on Mars is very thin, it is nonetheless rich in carbon dioxide.

As a result, NASA is also investing in programmes aimed at extracting CO2 from the atmosphere and converting it into other valuable components or compounds.

The White House issued an Executive Order in April 2020 titled “Encouraging International Support for the Recovery and Use of Space Resources,” which addressed U.S. policy towards the recovery and use of resources from the Moon and other celestial bodies.

NASA is already preparing all major components which will lead a robot human return to the moon, along with the help from US commercial partners. The Deep space transportation systems developed by NASA are already in their final stages of testing before integration.

SLS is already sitting at the launch pad awaiting its wet dress rehearsal. The Artemis I and Artemis II flight tests will certify rocket and spacecraft performance, putting America on track to return men to the Moon once more.

In the lead-up to the landings on the Artemis III mission and beyond, NASA will also collaborate with private partners to develop landers and undertake risk-reduction testing.

To successfully achieve these ambitious objectives, NASA must employ innovative deployment approaches, improving and learning from every milestone and technical methods.

Furthermore, activities on the Moon’s surface and in cislunar space constitute an ideal opportunity for NASA to broaden its worldwide relationships, with an emphasis on new and developing space agencies.

NASA’s top priority would be the safety of its astronauts and also the thousands of people on the ground who will make this possible.

NASA will capitalize on years of hard work and national investment in the systems required to return to the Moon, while also allowing current and new partners and capabilities to attain sustainability—all of which will lead to the first human trip to Mars.

This ambition, along with essential stakeholder backing and one of NASA’s most robust budgets in history, is the path to the Moon. With sophisticated deep space systems in development, a rising army of astronauts, and new research missions and technology planned to investigate the 31 Moon in advance of a human return, we are closer to landing a crew on the Moon again than at any previous time since the Apollo program.

The sooner we send people to the Moon, the sooner we will send astronauts to Mars. So what do you think about the future of the Artemis program after the Artemis 3 mission? When will we be able to land humans on Mars? Let us know in the comment section below.

Thanks for reading till the end. Comment what’s your opinion about this information “NASA’s Insane Plans After The 3 Artemis Missions?“.

2 thoughts on “NASA’s Insane Plans After The 3 Artemis Missions?”