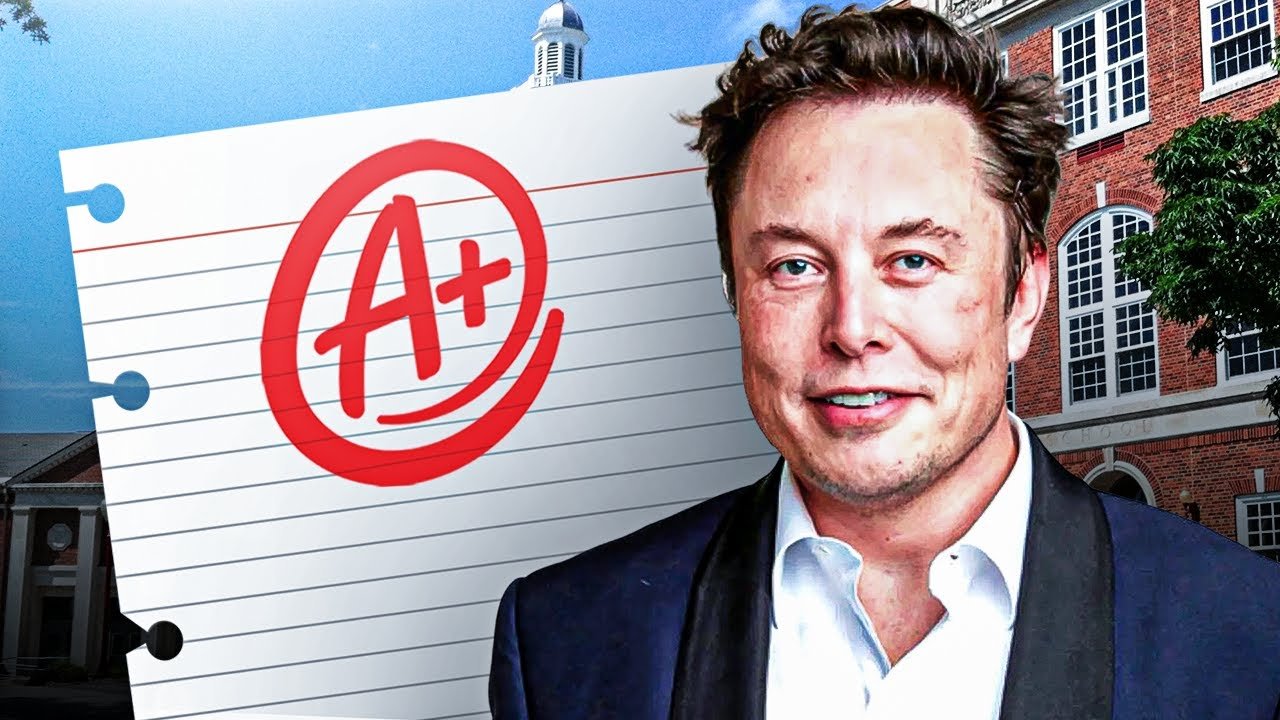 Buccaneering billionaire polymath Elon Musk is obviously one smart cookie. So why do his old school friends insist he wasn’t the cleverest kid in class or that the future tesla boss was fundamentally unspectacular back then?

Join us today, as we put our hand up to ask was Elon Musk good in school? Ask any child psychologist or averagely pushy parent and they’ll tell you babies born in summertime do much worse in school than kids born in the autumn, why is this.

The new school year begins around the first day of September. So kids with birthdays in September are the oldest. and typically most developmentally advanced in their year group.

Summer babies on the other hand born from about June onward are almost a year younger when school starts. At age 5 that’s a 20 difference as such summer babies are usually smaller in stature and less advanced in important areas like language development.

Study after study reinforces the summer baby effect. Summer babies usually although by no means always get lower grades and even lower lifetime salaries. When was Elon Musk born on June the 28th part of this reason perhaps he wasn’t the happiest kid in school.

For years and years not only did this hamper him academically he was also violently bullied by gangs at school, he remembers Elon’s vicious tormentors even threw him down a school staircase.

He was subsequently hospitalized at Santan clinic Johannesburg with injuries so severe his father didn’t recognize him. I think part of what set them off was that I was sticking up for this one kid against whom they were relentless musk told vogue magazine and that made me a target.

To make matters worse Elon’s own friend betrayed him to the bullies they got my best friend to lure me out of hiding so they could beat me up and that hurt musk recalled.

Later around the age of 16 Elon learned karate, judo, and wrestling in an effort to fight back punch the bully in the nose. He now advises kids in similar situations bullies are looking for targets that won’t fight back.

He elaborated in an interview with the London times If you make yourself a hard target and punch the bully in the nose he’s going to beat the out of you but he’s actually not going to hit you again.

Not that Elon’s school life was all doom and gloom he was indeed a privileged existence being dropped off to school according to father Errol in a convertible Rolls Royce.

At Pretoria boys, high school he was on the chess team yet remarkably Elon’s peers from around the time say there was zero indication of the incredibly bright spark he was later to become.

He was likable quiet and an unspectacular student one told biographer Ashley Vance. Another elaborated there were four or five boys that were considered very brightest Elon was not one of them.

Yet another critical classmate told Vance honestly there were just no signs that he was going to be a billionaire. He was never in a leadership position at school I was rather surprised to see what happened to him that’s not to say he was a slacker.

As Elon Musk himself later recalled as a guest on the third-row tesla podcast when I was in high school I got distinctions in two areas physics and computer science. Those were my two best subjects not that he’s ever been one for chasing grades I’d rather play video games write software and read books than try and get and if there’s no point in getting he says.

He also taught himself programming from age nine and by the age of 12 famously sold the code for his first game a primitive shoot-’em-up called blaster to a south African computer magazine for 500.

Of paramount importance, however, was his love of books I read a lot of books he remembers. He especially loved Douglas Adams hitchhiker’s guide to the galaxy series.

What he was essentially saying is the universe is the answer what are the questions musk told CBS Sunday morning.

Certainly, musk wasn’t enamored with the more conventional philosophers he read on his self-teaching odyssey I was reading Schopenhauer and Nietzsche and it was terrible no one should read them it’s too depressing they were not happy people interestingly.

Elon Musk has gone on to open his own school the ad Astra was created to teach musk’s own five school-aged children and those of select senior SpaceX employees. The regular schools weren’t doing the things I thought should be done musk told Beijing television.

I thought let’s see what we can do it’s important to teach problem-solving he says of Adastra’s approach to teaching to the problem. It’s a cute school by its account yet clearly tailored to its elite pupils. So what do you think did Elon Musk turn out okay for a summer baby let us know in the comments.

Thanks for reading till the end. comment what’s your opinion about this information “How Good Was Elon Musk In School?”.

3 thoughts on “How Good Was Elon Musk In School?”