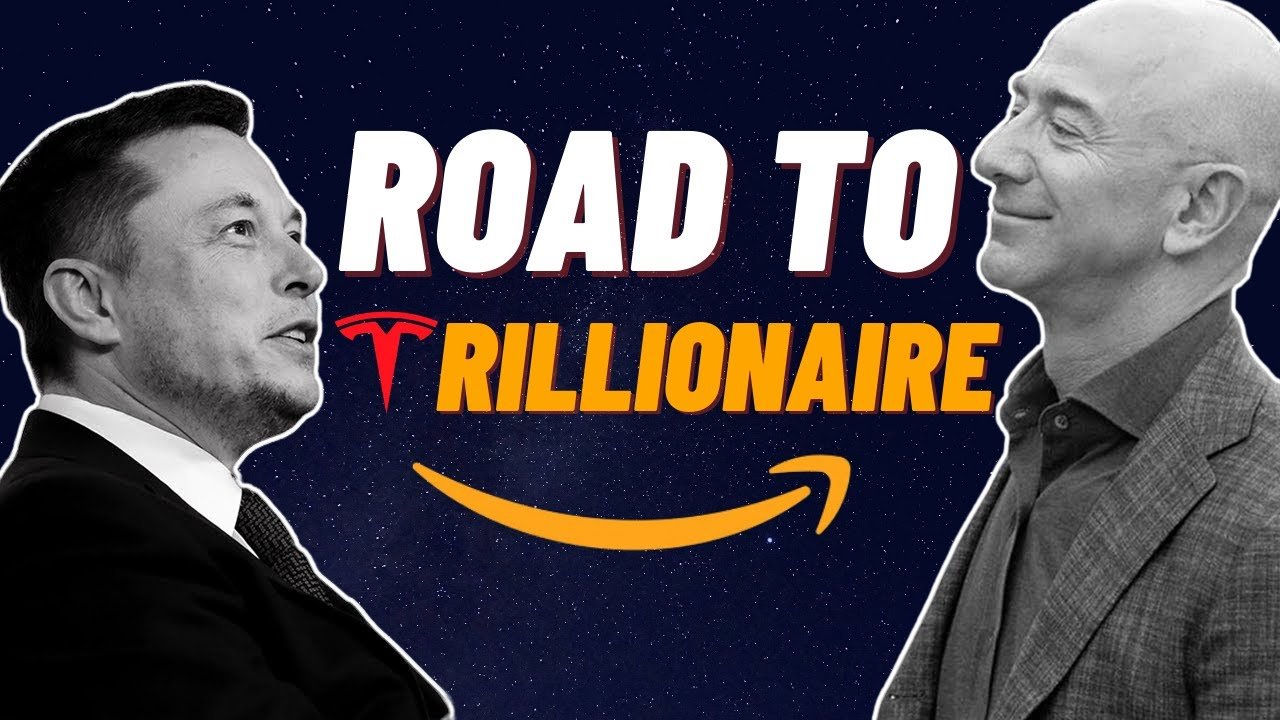 Elon Musk vs Jeff Bezos: Who Will Win The Race:- Musk and Bezos are entrepreneurs who are constantly making headlines with their latest inventions and of course their net worth, both fighting for the top spot to become the richest man in the entire world.

Well, they don’t technically fight and neither are they arch-rivals but the competition gets intense every time a stock that they own crashes or they lose a few billion to a divorce case.

Of late there has been a constant buzz on who would be the first trillionaire of the world. Both the parties have equal support as well as a reason to reach that milestone, but only time will reveal the actuality of that race.

But for today let us vocalize out a few pros and cons that both Bezos and Musk have, that play as suitable factors to prove why and how they would be able to be not only the richest man in the world but the first trillionaire too.

Back to the present, Jeff Bezos has been on the top of the rich list for almost 3 and a half years now since 2017. But Bezos has to level up his game really quickly due to how fast Elon is catching up to him.

Let us look at some quick statistics regarding both these men to get a better understanding of their current situation now. First of all, let’s congratulate Bezos for reaching yet another milestone with achieving a whopping 13 billion dollars added to his net worth in a single day.

This happened last year, on the 20th of July, and in fact, was such a huge milestone for him as it put him on the record of being the largest amount anyone has earned in a single day.

On the other hand, we have another billionaire, Elon Musk, who isn’t far behind Bezos and one who has been quadrupling his wealth with his latest ideas over the past year making history one milestone at a time.

Bezos started off really small, with his online bookstore “Cadabra” all from his tiny garage, which he then renamed as what we all know as Amazon. May 2020, was the first time this company crossed the trillion-dollar mark of which 10.6% of it belongs to Bezos in the form of stocks.

We all know Musk does not follow the straight path and has his own unique ways of doing things. At just the age of 24, he invented Zip2 with his brother, a type of online directory, which was sold for 300 million dollars.

His success did not stop here as in 2002, he sold PayPal for 1.5 billion dollars. All this was followed by SpaceX and Tesla, two companies he is the CEO of and holds 20% of shares from his company Tesla.

A quick fact about this includes Tesla stocks jumping up a massive 6% after the Presidential elections as people anticipated that the tax would be relieved to a certain percentage.

Since the aerospace industry is going to be the industry taking over the world very soon, which of the two entrepreneurs is leading the space race?

Now, that is a good question and you guys can be the best judge of who you think will win the race. Out of the two, Bezos was the one who started his Aerospace company, “Blue Origin”, first in 2002.

Elon Musk joined the bandwagon 2 years later in 2002 with SpaceX. But the delay in starting the company did not stop him from being equally on par with Blue Origin. In fact, if you have a quick look at the results, SpaceX seems to be doing way better than Blue Origin.

Let us take a quick look at their pricing. Bezos is expected to charge passengers 200,000 dollars per ticket to go live on his floating shuttles while Musk is charging a whopping 500,000 dollars on his rocket missions to Mars.

In this battle, Musk wins through SpaceX due to the company being the first private aerospace company to launch a rocket to the International Space Station as well as gain access to NASA’s launch pad.

But with regard to rocket size, Blue Origins’ New Glenn seems to be winning against SpaceX’s Falcon 9. Let us hit some more in-depth stats and percentages to generate a better analysis of the mad race between these two big shots.

Actually, let us take a holistic as well as some factual information with regard to Jeff Bezos first. We all know about how he started up Amazon and Blue Origin.

The revenue generated by these companies along with his other side hustles has given him a net worth of 196 billion. The growth rate of Amazon has been massive. Amazon had 1.64 billion sales in 1999 and was generating a revenue of 280.5 billion dollars in 2019, which is just a decade apart.

If we take a quick look at the stock charts, the percentage increase between 2015 and 2020 was a massive 500%. In fact, during the annual meeting, it was declared that the number of shares Bezos owned came up to 75 million.

Now if we do the math carefully, Jeff could actually reach the 200 billion dollar mark in around 5 to 6 years. But this may not happen due to the volatile stock condition. Amazon has been doing fairly well due to the pandemic, boosting up its sales massively.

But once the pandemic is over, it’s pretty evident that the same fate would not be playing Amazon’s favor. This in turn means that Bezos has tough competition and can enjoy his bliss while the pandemic lasts.

Now, let’s step back from Bezos and take a comparative look at Elon Musk. Elon is known to start two big companies Tesla and SpaceX and is said to have a net worth of 174 billion dollars.

In fact, we need to congratulate him on his recent milestone of becoming the richest man on earth on earth in January 2021, beating Bezos. Even though it was just for a short span of time, the man was quite down to earth about it and chose to continue working according to his amusing Twitter post.

According to stats, 21% of Tesla is his, but in actuality, he has taken more than 50% of its stakes towards loans. He is also known to receive a massive 1% for every 50 billion dollars increase in the total number of outstanding shares.

In short, Tesla is one of his major sources of funds for his SpaceX missions. With Tesla doing extremely well in the industry, his wealth seems to be getting healthier too.

He is currently said to be worth 183 billion dollars. Wish to know another cool milestone this man has added to his growing list of milestones? Pre-pandemic, Elon was worth 24.6 billion dollars and by August 2020, he was worth 73.1 billion.

While Bezos is counting on Amazon as his backbone, Tesla is vouching for Elon in terms of growing his personal wealth. So back to the digits, Tesla is said to produce 500K cars per annum and the end of the decade is expected to see 20-25 production factories.

Keeping those numbers in mind, Tesla could grow up to 5% really soon, earning up to 15 billion dollars annually. At this rate, the company would be worth almost 15.54 trillion dollars, resulting in Elon achieving a net worth of 375 billion dollars in such a case scenario.

But with him spending his profits on SpaceX, will he still be able to stay amongst the top rich? The Aerospace industry is one everyone is going to want to venture into in just a matter of time.

Even though 2008 was a bad year for SpaceX, where they almost hit bankruptcy, the company, in the long run, is said to be worth 100 to 200 billion dollars.

The profits from Tesla plus the profits from SpaceX would make his worth at least 500 to 600 billion dollars by the end of the decade. Tesla Driving Technology is also said to come out with Robot Taxis really soon.

Though Bezos may be the richest man as of now, Elon has his hands in two big companies which are a part of two futuristic industries that are bound to put him on the top of the list of richest people in just a matter of time.

As soon as he has his rockets in Space and Tesla’s latest vehicles on the street, the man will be parading the rich people’s list like a boss. It has been forecasted by many statisticians that Elon may die a man worth 10 trillion dollars.

Now that is an insane number. Apart from that, Bezos has been a part of an industry that was a huge trend when he started up. Due to how fast technology is changing, the company’s growth may go downhill. Blue Origin seems to be coming up very slowly too.

Thinking practically and logically, he doesn’t seem to have that bright of a future as Elon. Elon on the other hand, though has endured some dark times, is a soul that is gaining the likes of everyone.

He honestly is in to change the world more than becoming a rich man. The number of world issues that he is tackling side by side such as global warming, reducing the use of fossil fuels by introducing sustainable energy, and of course saving mankind from extinction is just amazing.

He has even gone to the extent of selling many of his valuable personal assets to fund his projects. Now that is something Bezos would never do as the man is known to celebrate the luxury that he is blessed with.

Thanks for reading till the end. Comment what’s your opinion about this information “Elon Musk vs Jeff Bezos: Who Will Win The Race”.