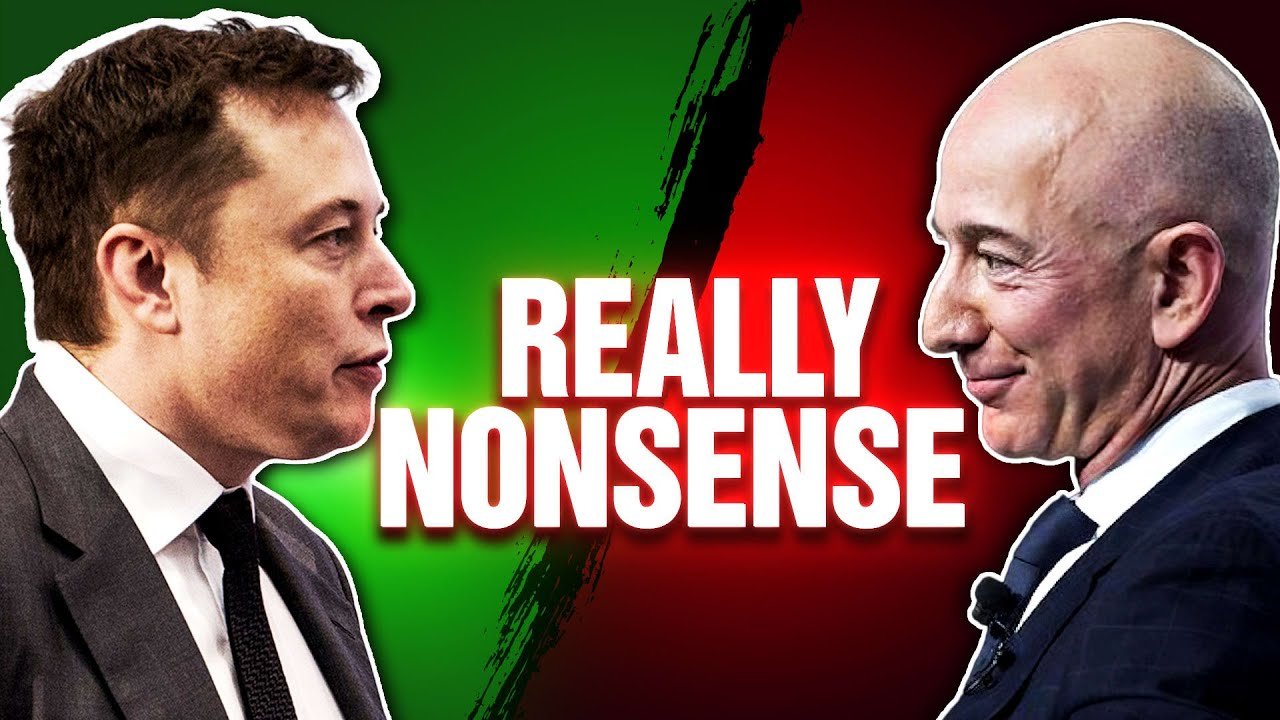 Elon explains why Blue Origin’s Starship lawsuit makes no sense: The recent lawsuit filed by Blue Origin founder Jeff Bezos against SpaceX will result in extra months of delay on the plans of returning man to the moon and possibly some extra hundreds of millions of dollars in modifications on the part of SpaceX. According to SpaceX CEO Elon Musk, this lawsuit made very little sense. But, why does Elon thinks so?

NASA Administrator Bill Nelson says he won’t be able to finalize plans to return Americans to the moon by 2024 unless a lawsuit launched by Jeff Bezos’ space business Blue Origin is settled.

According to the lawsuit, NASA should not have picked Elon Musk’s SpaceX to develop a lander that will transport people to the moon’s surface. The suit is specifically based on “flight readiness reviews,” or FRRs, which are in-depth briefings on every element of a space mission.

They occur just before a launch and signify the final authorization to proceed with a mission. Basically, Blue Origin has been arguing that the safety of all NASA machinery, assets, property, and life of astronauts will be at risk because of a fault of SpaceX.

NASA’s plan to reach the moon includes deploying people aboard the Orion spacecraft. Unlike the Apollo missions, which included a lander, the next generation of lunar explorers will use a separate lander vehicle orbiting above the moon, which will ferry them back and forth to the surface below. NASA commissioned private businesses to construct it.

SpaceX suggested their newest vehicle, the Starship. To do so, SpaceX will need to refuel the Starship in orbit before it travels to and from the moon; this will necessitate the launch of fourteen “tanker”

Starship, as well as another spacecraft whose details have been revised in public documents, but are widely believed to be some kind of propellant depot. NASA was expected to select two contractors to build the moon lander but had received funding from Congress to choose only one.

The space agency eventually selected SpaceX’s proposal, saying it was the cheapest and most technically correct. But, again, according to the GAO, NASA officials asked SpaceX to add two more FRRs to its plan to test each vehicle type before launch—one review for tankers, one for potential depots. And one for the Starship that will carry the astronauts.

SpaceX’s rival Blue Origin sued NASA in federal court after losing the lunar lander contract to Starship for the first time and disputing the outcome, with released records now highlighting the matter that Jeff Bezos’s space firm is in court. aiming.

After the facts were revealed in new court filings filed on Wednesday, SpaceX CEO Elon Musk stepped in on Twitter to explain why Blue Origin’s lawsuit makes no sense.

While a large section of the primary lawsuit alleging to show “additional serious flaws” in SpaceX’s Starship HLS plan was almost entirely deleted, the majority of the opening argument is readable.

In short, Blue Origin appears to have abandoned the vast majority of the arguments it advanced prior to suing NASA and the US government and is now focusing almost entirely on the claim that SpaceX violated NASA’s procurement process by failing to consider a specific type of prelaunch review before any HLS-related Starship launch.

SpaceX suggested a modified form of Starship that may serve as a single-stage-to-orbit human lunar lander with the aid of the rest of the Starship fleet – including Super Heavy boosters, cargo/tanker Starships, and a depot or storage ship – for NASA’s HLS competition.

SpaceX would begin a lunar landing campaign by launching a depot Starship (likely highly modified) into a stable orbit. The depot ship would then be progressively filled over the period of roughly six months by anything from eight to fourteen Starship tanker trips, each delivering around 100-150 tons of propellant.

SpaceX’s Starship Moon landing plan is incredibly complicated, as Blue Origin has informed everyone within earshot for the past five months, and NASA is taking an undeniable risk (from delays, not for astronauts) by picking SpaceX.

Nonetheless, in a public selection statement, NASA’s Kathy Lueders and a resource review panel made it abundantly clear that SpaceX’s proposal was by far the most competent, with a much better management approach and technical risk no worse than Blue Origin’s much smaller, drastically less capable lander.

The majority of Blue Origin’s argument appears to be that the National Team Lander concept was severely harmed by the fact that SpaceX may or may not have planned for only three “flight readiness reviews” (FRRs) for each 16-launch HLS Starship mission.

Though highly censored, Blue Origin wants a judge to think that, contrary to the US Government Accountability Office’s (GAO’s honest judgment), such a small issue most likely did not affect the outcome of the competition.

All else being equal, the need to complete an FRR before a launch will most likely cause no more than a few days of delay at worst and would have virtually no impact on cost.

There is no reasonable way to argue that allowing it to complete some launches without an FRR single-handedly would have to force Blue Origin to engineer and propose a very different architecture.

Yet that’s exactly what the company is trying to claim, that it would have radically, and completely changed its design that it would have spent more than half a billion dollars to sketch if it could only have skipped a few reviews.

Surprisingly, Blue Origin does make some cogent and presumably fact-based points in the text. Perhaps most importantly, it alleges that when NASA eventually realized it didn’t have enough money to fund even a single award (a well-known truth), it requested SpaceX, its first option, to make small contract adjustments to enhance the financial side of things.

To make it work, NASA has purposefully opted to forgo the necessity for an FRR for any HLS Starship launch. According to Blue Origin, it was only via purported cost savings through waived assessments that NASA was able to finance SpaceX’s bid which, it should be noted, was more than twice as inexpensive as the next cheapest alternative (Blue Origin).

In the end, Blue Origin can argue a case. Still, in comparison to almost any other conceivable issue, it’s difficult to see the issues Blue Origin may or may not have accurately detected as anything more than minor.

It’s highly doubtful that the decision would have altered in Blue Origin’s favor if they had been addressed prior to the award. The argument over the FRRs mostly reflects the ambition of SpaceX’s plans compared to its rivals.

Blue Origin and Dynetics proposed just one launch to get their much smaller lander vehicles to the moon, with just one pre-flight review each. That is, in part, why the GAO rejected their challenge: It wasn’t clear why SpaceX received an advantage by having one or more flight readiness reviews since there was no way that NASA could waive the only possible pre-launch review the protestors had planned for their own systems.

According to SpaceX’s most recent filing, NASA specifically granted bidders the flexibility to propose an alternative design, which the firm did.

All of the meeting craziness impeding NASA’s plans does not appear to reach the level of contempt for safety, as Blue Origin claims, but we won’t know for sure until the case is resolved and all of the facts are revealed.

While much of the court docket is secret, the parties are presently disputing what kinds of data the judge would see, with Blue Origin requesting NASA emails and other papers and SpaceX claiming that those extra materials are superfluous.

Once the administrative record has been settled, a court will decide whether Blue Origin’s challenge is valid. The outcome of this case is thus not very likely to significantly alter SpaceX and NASA’s plans for the lander.

We believe Blue Origin doesn’t have this one in the bag. So what do you think? Do you think it has a small chance to succeed? Or do you think they should give it up and focus on New Shepard? Let us know what you think of Blue Origin’s litigation in the comments below.

Thanks for reading till the end. Comment what’s your opinion about this information “Elon explains why Blue Origin’s Starship lawsuit makes no sense”.