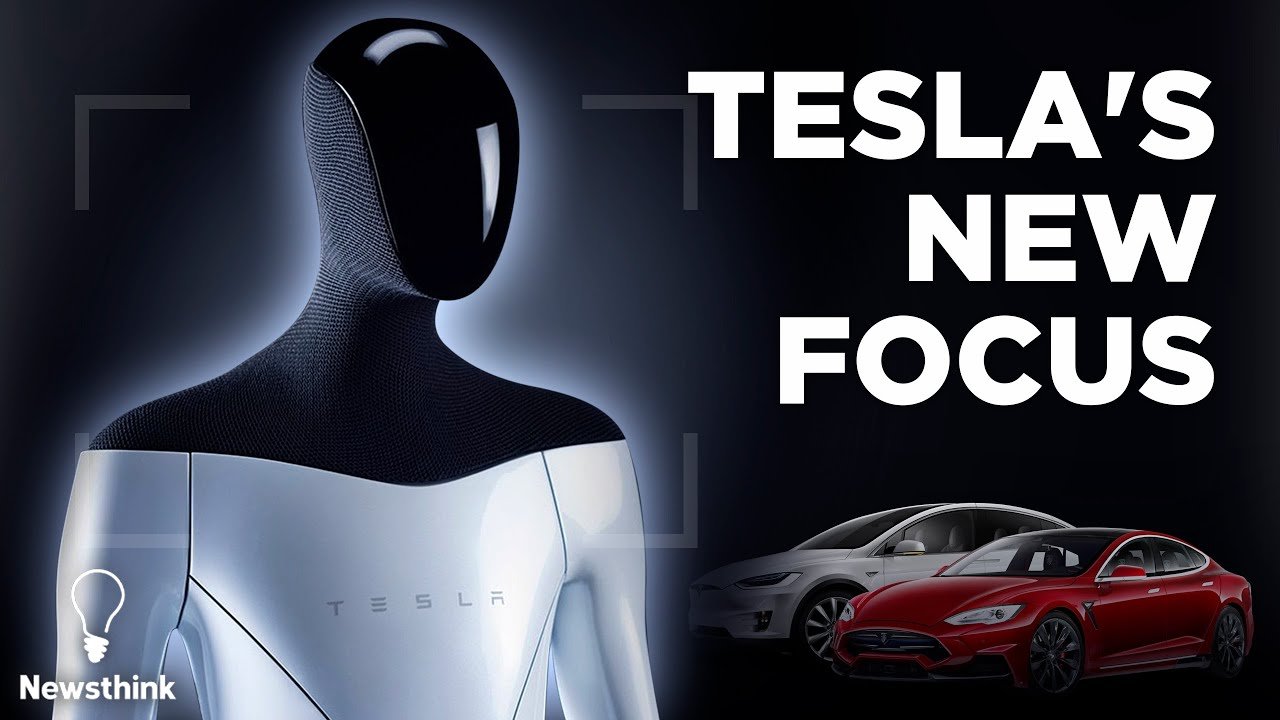 How the Tesla Bot Could Save Humanity In The Future: Tesla enthusiasts may be eagerly anticipating the first Cybertrucks or Semis to roll off the assembly line, but according to Elon Musk, there is something even more important coming down the pike.

It’s hard to imagine that a company known for electric vehicles could one day be more famous for a robot. Why on earth would Musk make such a bold statement? Because he sees the potential. The market for labor is much bigger than the market for cars.

The $45 trillion-dollar global labor market is 16 times bigger than the global car and manufacturing market, estimated to be about $3 trillion.

Optimus came as a surprise during Tesla’s artificial intelligence event in August. Except they used a dancing human in a robot suit to show it off since there wasn’t – and still isn’t – a prototype. Some media outlets dismissed the Tesla bot as a “joke” at the time. But if you ask Musk, he’s serious about it.

“The Tesla bot WILL be real.” Musk said it makes sense to develop robots because it already has the best and brightest engineers working on similar technology for its cars. Its electric vehicles are learning how to navigate the world using cameras and neural networks.

Just like the cars, the robot would use the autopilot’s cameras to “see” and be equipped with a full self-driving computer. Instead of a face, it’ll have a screen. But other than that, it resembles an average-sized human, at 5’8” and 125-pounds. Initially, the Tesla bot is meant to help out with everyday tasks.

“It should be able to, y’know, ‘Pease go to the store and get me the following groceries’.” Musk anticipates the robot will also be used in Tesla’s factories. “If we can’t find a use for it, then we shouldn’t expect that others would. The first use of the Tesla Optimus robot would be at Tesla moving parts around the factory or something like that.”

That seems like a simple task. However, as technology improves, robots have the potential to eliminate all boring and repetitive jobs. They’re already frying in some restaurants. And one day could do dangerous work like exploring mines, inspecting water pipes, and could be employed in fulfillment centers as e-commerce continues to grow. And who knows – they could even help SpaceX build a city on Mars.

Robots are highly productive – they don’t take breaks. They work all the time. And they don’t get paid. For those worried about losing their jobs, robots could help solve the labor shortage hitting the U.S. hard to such a point that McDonald’s has had to cut back their hours at thousands of stores.

Nearly nine million Americans called in sick in January due to Omicron – exasperating problems already caused by last year’s “great resignation” where people quit their jobs at unprecedented levels. What happens when there’s no shortage of labor?

Some predict we could get to the point where humans won’t even have to work unless they really wanted to. Billionaires like Musk, Richard Branson, and Mark Zuckerberg are backing a universal basic income for citizens. Tesla has been beefing up its AI team significantly.

The head of the division, Andrej Karpathy, is hiring deep learning software engineers to help leverage their expertise beyond their vehicle fleet. But what about Musk’s own declared fear of robots? He’s warned of scary outcomes like the Terminator potentially wiping out human civilization.

He once commented on a viral video of a Boston Dynamics robot performing parkour by tweeting: “In a few years, that bot will move so fast you’ll need a strobe light to see it. Sweet dreams.” Perhaps Musk figures it’s better to build robots his way than have someone else build them their way.

When YouTuber and investor Dave Lee surmised Musk is taking matters into his own hands to “save humanity from evil AI robots” – he got alike from the Tesla CEO. Musk may have had this in mind for years. In 2015, he co-founded the non-profit research firm OpenAI. He later left its board to avoid conflicts of interest with Tesla.

An AGI system can do almost anything humans can do without any oversight from us. In other words, it is truly intelligent. We haven’t yet achieved artificial general intelligence.

Some question whether this is even possible. But when a computer beats the best chess player in the world or the best AlphaGo player in the world, and when deep neural networks can detect a person’s sexual orientation by studying their face, the AI research community believes the exponential advancement of AI could culminate into AGI.

To prevent a Terminator-like scenario, Musk has stressed he plans on decentralizing the control of Tesla bots. In its current form, the robot appears less intimidating than the ones created by Hollywood. It’s intended to be friendly, of course.

We’re setting it such that it is at a mechanical level, at a physical level, you can run away from it and most likely overpower it. Musk has said Optimus could be in production by the end of 2023 and previously stated a prototype could be unveiled in 2022. Although deadlines are not his strong suit.

Tesla is also juggling plenty on its plate. Production of the Cybertruck has been delayed until 2023 and Musk confirmed the company is not currently working on a less expensive $25,000 car it had previously mentioned.

Just like cars, the difficulty lies not only in building robots but in mass producing them. It could be years before the bot becomes a core part of Tesla’s business let alone overtake sales in vehicles. There is one sector a humanoid robot won’t overtake. Driving. Instead, Musk is betting on robotaxis.

A network of fully autonomous Teslas that don’t even need a steering wheel. Regardless of whether it’s a robot or a robotaxi, robotics in one form or another will be driving Tesla’s future. Some of the best engineering minds in the world at Tesla are working to solve complex problems.

Thanks for reading till the end. Comment what’s your opinion about this information “How the Tesla Bot Could Save Humanity In The Future“.