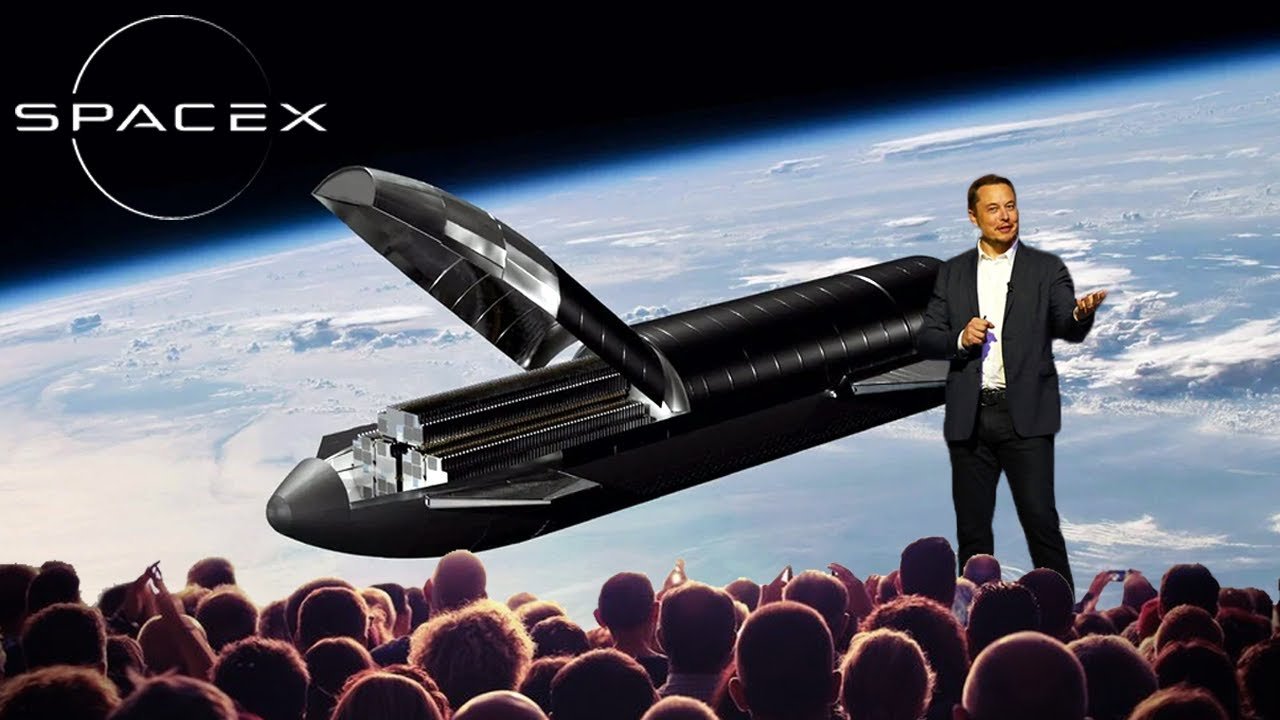 Elon Musk Revealed New SpaceX Cargo Starship For U.S. Military: SpaceX Starship is meant for great things. It is the first spacecraft that is rapidly reusable; its principal hardware is not discarded in the sea or allowed to burn up. It can return to the ground, ready to be refueled and flown again.

The Starship is destined to go into space, deeper than anyone has ever attempted. It will be used for man’s return to the moon and the colonization of Mars. Its journey to Mars will make it the farthest journey by a crewed spacecraft ever in space.

Apart from transporting people, the Starship can be configured to play an essential role in space, the transportation of cargo. And Elon Musk has just revealed the new cargo Starship.

Even before civilization became widespread, humans had always needed to carry cargo. Global commerce wouldn’t exist if there were no way to move freight or cargo from one part of the world to another. Every year, about 11 billion tons of cargo get moved around by ship. That’s not counting how much cargo gets moved by other means of transportation like air, rail, or road.

The need to move cargo is not something peculiar to earthlings. We don’t know how the aliens do it, that’s if there are any out there. But when traveling to space, we need to move cargo too. Just like you can’t go on a long journey without luggage, several things need to be carried along when going to space.

When cargo is moved to space, it is called payload, and it can vary in nature. Instruments and equipment for space science and experiments all fall into the category of space cargo. A quick example is SpaceX which is launching satellites for the Starlink network.

Those satellites count as cargo or payload. SpaceX has more than 2000 Starlink satellites up there in space, and it won’t stop until the approved 12,000 have been launched. Starlink’s satellites are not the only payload SpaceX delivers to space; it also delivers cargo to the International Space Station on behalf of NASA.

The Starship is the answer and probably the future of cargo travel for extraterrestrial travel and on earth. The Starship is not a secret because you can follow it as it gets assembled on YouTube through the 24-hour cameras that SpaceX has made available.

Your mind would be blown by the magnitude of work SpaceX is carrying out regarding the Starship, and the plans that Musk has proposed for the Starship in the cargo transport industry will be made known in this article.

There are at least four different things that make the Starship suitable for transporting cargo.

Four Reason Why Starship is suitable for transporting cargo.

The first reason is that it is very powerful. The heavy booster rocket, the second half of the Starship system, is the most powerful. Its collection of raptor engines packs enough thrust to lift over 100 tons of payload into space. This bests all other available rocket systems; by default, the Starship is the best in the business for heavy lifting. It will allow you to carry as much cargo as you want.

Another reason is the design of the Starship. It has a large volume that allows different kinds of cargo with different shapes and sizes to be fitted into it. The payload volume of the Starship is 1100-meter cubes. You can fit a cargo of up to 18 meters in height and 9 meters in width into the Starship.

The last reason why the Starship is the darling of cargo transport is its speed. This spacecraft can move at speeds up to 16,777 miles per hour, which will allow it to cover long distances in a short time frame. Most aircraft that transport cargo on earth can only move at a fraction of that speed.

The Starship can put any other airborne craft to shame with its speed. We can’t put aside the fact that rockets are expensive to build; transporting cargo with rockets might not be cost-effective. Elon Musk is working around these limitations; he claims that the Starship system will only require $900,000 worth of fuel to get into Earth’s orbit.

Starship’s reusability means it can be operated as an airline, cutting down costs by a large margin. SpaceX has been working towards the full reusability of its spacecraft, using the Falcon rocket, which is partially reusable. In the case of the Falcon, the booster is salvaged, refurbished, and reused.

Both stages of the starship system can land and be re-flown many times. Musk claims that the Super Heavy booster which carries the Starship can be ready for another launch less than an hour after the previous launch.

This reusability reduces the launch cost to about 2 million dollars, a lot less than what other organizations spend. How does Musk plan to use the Starship to transport cargo?

How does Musk plan to use the Starship to transport cargo?

There are two areas of application that Musk is considering.

The first is space cargo movement; the Starship is essential to the colonization of Mars. Musk plans to move up to one million volunteers to the surface of the red planet with the Starship. Before that can happen, some preparations have to be made. Mars has a harsh environment.

The planet has to be made habitable to prevent people from dropping dead as soon as they land. This would require that a lot of cargo be moved to the surface of the red planet. Specialized farms to grow food, supplies, and the heavy machinery and materials needed to build shelters and launch pads will be transported as cargo.

NASA is looking to establish a permanent presence on the moon, using it as a base for the journey to Mars. It plans to use a variation of the Starship for this program, dubbed the Artemis Program. NASA plans to build a smaller space station to orbit the moon, and it would also need the cargo Starship to lift the new space station to space when it is ready.

NASA has invested up to $2.9 billion in the Starship. SpaceX has boasted about the Starship’s ability to transport a space telescope even larger than the recently launched James Webb Space Telescope, which had to be folded into its launch rocket.

The second reason SpaceX and Elon Musk need the cargo Starship to work is their plans to use it for moving cargo on earth. The idea is known as point-to-point or earth-to-earth transportation. The idea is to launch the Starship into low orbit where air restriction is almost zero.

Under such conditions, the Starship can move with blistering speeds to land on another part of the world. Due to the speed and cargo size of the Starship, more cargo can be transported in a fraction of the time it takes a cargo plane to do the same.

SpaceX plans to build launch towers in several parts of the world to support this operation. The earth-to-earth transportation is mind-boggling in terms of flight duration. A flight from Los Angeles to New York, which is a distance of about 4000 kilometers, will be covered in just 25 minutes instead of the usual 5 hours and 25 minutes it will take a regular aircraft to cover that distance.

London to Hong Kong, which is about 10,000 kilometers, will be covered in just 34 minutes instead of the flight time of about 12 hours. At such speeds, you would be able to transport cargo to any corner of the earth in under one hour.

When Musk is finally ready to begin operation with the cargo Starship, the aviation sector wouldn’t know what hit it. Long cargo-hauling would no longer be what we know it to be. The US military is interested in earth-to-earth transport; it is impressed with the cargo capacity and speed of the Starship, and it intends to use it to move cargo around the world.

The Pentagon is partnering with SpaceX to develop a project known as Rocket Cargo. The Pentagon thinks the Rocket Cargo is a new way to explore complementary capabilities for the future.

The Rocket Cargo project doesn’t mention SpaceX directly, but the department of defense has funneled about $50 million into the project.

Thanks for reading till the end. Comment what’s your opinion about this information “New SpaceX Cargo Starship “.