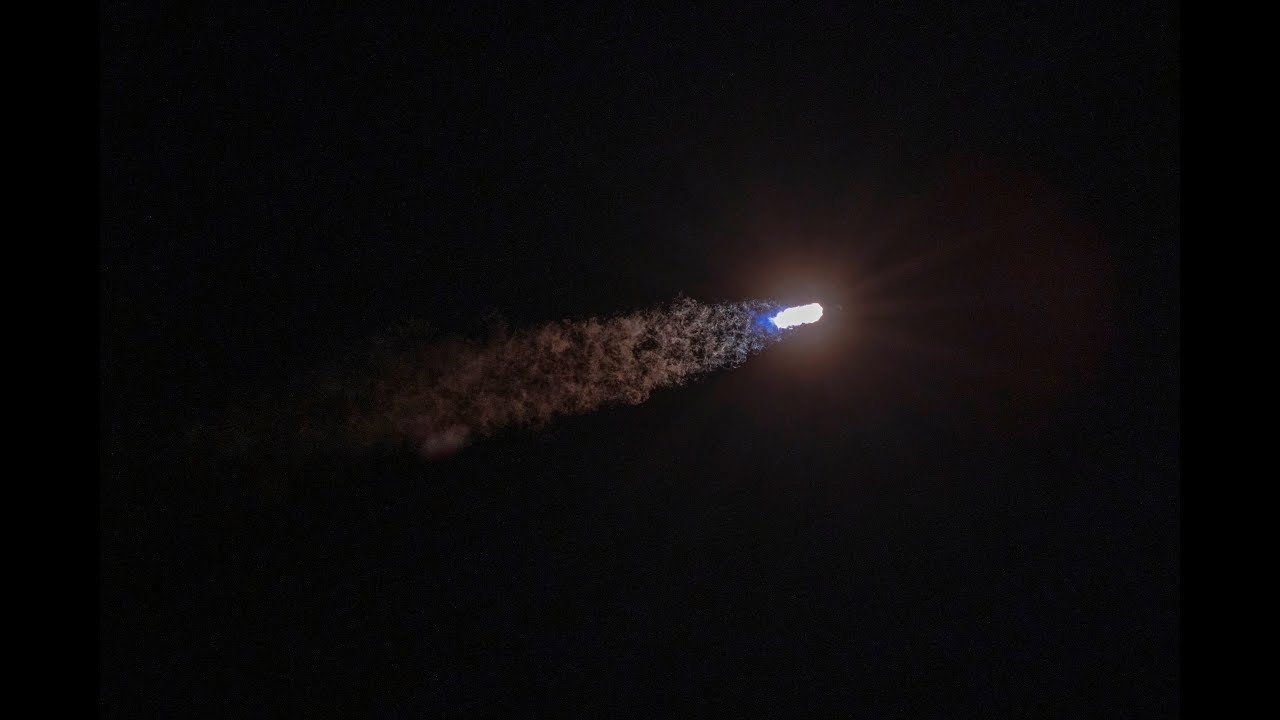 SpaceX successfully launched the Turksat 5B Turkish communications satellite on December 18, less than 16 hours after launching a batch of Starlink broadband spacecraft.

Turksat 5B took off at 10:58 pm. Eastern on a Falcon 9 rocket from Space Launch Complex 40 at Cape Canaveral in Florida.

Turkish operator, TurkSat’s mission followed the launch of 52 satellites for SpaceX’s low Earth orbit Starlink constellation on the Falcon 9, which lifted off at 7:41 a.m. Eastern from Space Launch Complex 4E at Vandenberg Space Force Base in California.

This is the first time SpaceX has launched two Falcon 9 rockets in a single day, although Russia has achieved this on several occasions with Soyuz rockets.

The Turksat 5B satellite was launched into geostationary transfer orbit, where it used onboard electric thrusters to reach 42 degrees East to provide high throughput Ka- and Ku-band services to Turkey, the Middle East, and parts of Africa.

The mission is a follow-up to Turksat 5A, which was earlier launched in 2021. It is also operated by TurkSat and the Turkish government.

However, it has a next-generation electrically-powered impulse system that could allow it to operate for up to 35 years, providing data transmission of over 55 gigabits per second with Ka-band, Ku-band, and X-band transponders.

All communication equipment for Turksat 5B was manufactured in Turkey before the satellite was moved to France for integration and then to the United States for launch.

Turksat placed an order for Turksat 5B from European manufacturer Airbus Defense & Space in 2017.

Shortly after launching Turksat 5B, the Falcon 9 First Stage Booster successfully landed on a SpaceX drone ship in the Atlantic Ocean for reuse.

It was the third mission for the booster, having previously supported the uncrewed Crew-22 International Space Station cargo resupply mission on 3 June, and the Crew-3 mission which launched four astronauts to the ISS on 11 November.

Turksat 5A – which Turksat also ordered from Airbus Defense and Space in 2017 – was launched on January 7 on a Falcon 9, beginning a record-breaking year for SpaceX missions, which currently total 30 for 2021, beating the previous record of 26 sets in 2020.

According to Transport and Infrastructure Minister Adil Karaismailolu, telecommunications satellites and high data capabilities are expected to help establish Internet communications in places that do not have access to terrestrial infrastructure.

Turksat 6A, which is currently in production, is expected to launch sometime in 2023 as integration, assembly and testing of the satellite continues at Ankara’s Space Systems and Integration Test Center.

Following today’s launch of Turksat 5B from Florida, as well as 52 Starlink satellites about 15 hours before SpaceX’s California launch pad at Vandenberg Space Force Base, the company was expected to fly a third Falcon 9 rocket Tuesday morning with the CRS-24 Dragon resupply mission to the International Space Station.