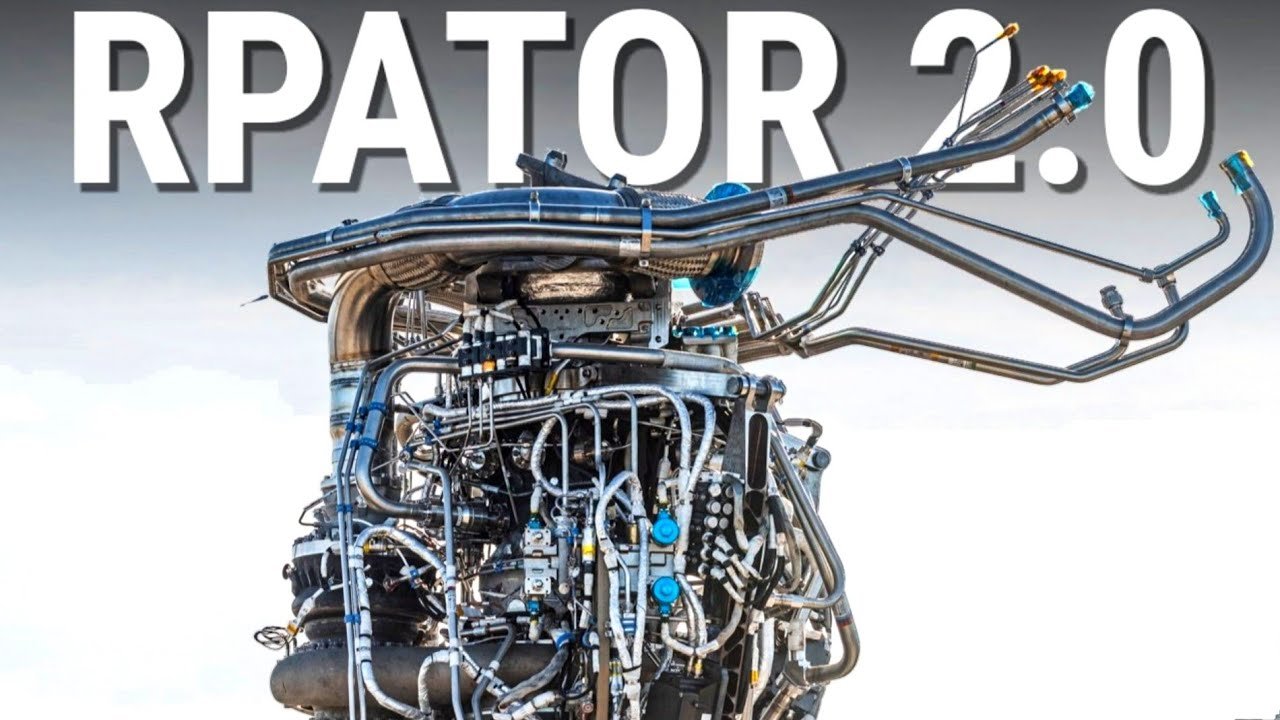 SpaceX Testing Their New upgraded Raptor Engine 2.0: CEO Elon Musk has implicitly revealed that SpaceX recently conducted the first test of Starship’s new Raptor 2 engine. Aside from kicking off integrated static fire testing of a refined, operationalized version of Raptor, the first prototype may have briefly become the most powerful engine of its kind ever tested, before destroying itself.

While not quite as successful as the first static fire campaign of a full-scale Raptor 1 engine, which survived several tests. The first Raptor 2 prototype’s early demise is still a routine part of engine development and is the start of a process that should ultimately produce a Super Heavy booster with 50% more thrust than the next most powerful rocket ever flown.

Prior to last weekend, it’s likely that competitor Blue Origin’s BE-4 – still in development, and hoped to one-day power ULA’s Vulcan, and the company’s own reusable New Glenn – was the most powerful methane/oxygen rocket engine ever tested.

To BE-4’s credit, the engine at least as far as Blue Origin’s sparse public communications, didn’t destroy itself after its first full-thrust static fire. Elon Musk Said, Each Raptor 1 engine above produces 185 metric tons of force.

It’s not all that surprising, then, that the first Raptor 2 prototype ever completed exploded, when SpaceX pushed it to almost 107% of its maximum rated thrust, and main chamber pressure during its first test.

Though impressive, SpaceX has technically pushed Raptor 1 prototypes further – and without failure.

Musk later indicated that there was some damage present, but a fairly young Raptor 1 engine still made it all the way up to 330 bar, ~4800 psi, and spent about 10 seconds at chamber pressures above 320 bar, without failure during an August 2020 stress test. Still, had the Raptor 2 prototype also made it to 330 bar, it would have produced around 252 tonsof thrust, 12% more than its Raptor 1 predecessor.

According to Musk, the main differences between Raptor 1 and Raptor 2 are much cleaner, plumbing and wire harnesses and a wider combustion chamber throat, which allows the engine to produce more thrust in roughly the same package, at the cost of a slight efficiency loss.

Over the last two years, the CEO has mentioned the possibility of a power-optimized Raptor variant, with up to 300 tons of thrust but in recent months. Musk says SpaceX has decided to keep the Raptor family as streamlined as possible and opted for just two variants, one with a sea-level nozzle Raptor Center and Boost, and one with a larger vacuum-optimized nozzle.

SpaceX is well into the process of qualifying Raptor for Starship’s first orbital launch attempts. According to that timeline, ten seconds shy of three minutes after liftoff, Starship’s Super Heavy booster will shut down and separate from the spacecraft.

Starship will then ignite either three or six Raptor engines for a bit less than six minutes, to boost itself within the vicinity of orbital velocity. Curiously, the same timeline makes no mention of a deorbit burn, without which the first orbital test flight will technically be suborbital, even if Starship is traveling very close to orbital velocity.

Regardless, the document confirms that Starship’s orbital insertion burns will be approximately 5 point 5 to 6 point 5 minutes long, the maximum stamina required from its Raptor engines, in other words. Rephrased, in its current design, Starship will never be able to reach orbit, without Raptor engines capable of continuously operating for around six minutes.

Up until high-altitude Starship test flights began in December 2020, the extent of Raptor’s long-duration capabilities and thus the state of SpaceX testing was effectively a mystery.

Ultimately, as Musk notes, if SpaceX manages to boost “Raptor 2” to 230 tons of thrust, a Super Heavy booster with 33 mostly identical engines, would have a peak liftoff thrust around 7600 tons.

Already, Musk’s implication that 33 engines could ultimately be installed on Super Heavy, is a departure from comments the CEO made barely a month ago, when he revealed a base increase from 28 to 29 engines, with the possibility of expanding to 32 down the road.

Musk says that SpaceX has yet to decide if Raptor Vacuum will be commonized with Raptor 2, boosting its thrust, or if greater efficiency will be pursued instead. Regardless, even with six 200-ton-thrust RVacs and three Raptor 2s, Starship would produce upwards of 2000 tons of thrust in vacuum, creating an upper stage with almost as much thrust as Falcon Heavy, and a fully-fueled thrust to weight ratio of ~1.7 – even better than Super Heavy.

However, Elon Musk has recently announced that a new production plant, will be built near the McGregor engine testing facility. This plant will specifically produce Raptor 2 engines optimized for firing at sea level, most of which will be used on Super Heavy boosters.

The Raptor 2 is a future version of the engine soon to enter testing, and the factory will be capable of making 2 to 4 of these engines per day. Spacex and blue origin have been competing with each other, for many spacecrafts and commercial contracts.

Both the companies are developing there next generation rocket, But spacex is the leading space company has made many rocket engines, since its launch in 2002.

A few months ago spacex completed its 100th raptor engine, this extraordinary milestone was achieved in just 29 months, a little over two years blue origin’s rocket engine’s development started, work on the be 4 engine since 2011. This production rate is higher than a typical rocket factory, but low compared to an automobile factory.

As Elon stated in a tweet: “It the factory will be the highest output & most advanced rocket engine factory in the world.” He believes it will be needed to support high-cadence Super Heavy operations, including many flights to Mars related to the build-out of the planned Martian city.

The two demonstration HLS missions to the Moon on Lunar Starship, and Starship missions to build out Elon Musk’s planned city on Mars — which could be home to up to a million people by 2050.

Thanks for reading till the end. Comment what’s your opinion about this information “SpaceX Testing Their New upgraded Raptor Engine 2.0”.