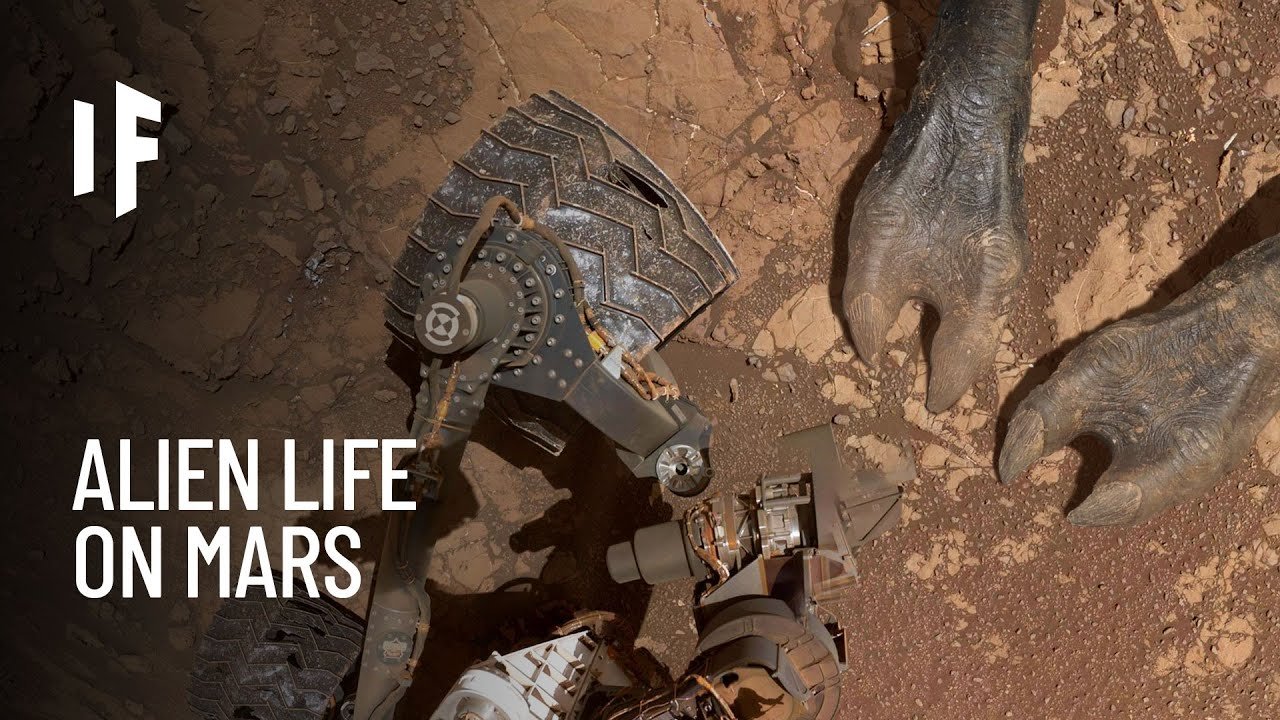 What If We Discovered Alien Life on Mars?: Just north of Mars’ equator is a 45 km wide impact crater, which scientists believe may have been the site of an ancient lake. Here at Jezero Crater, scientists believe its frozen soil may contain the most important discovery of humankind, life.

On February 18, 2021, NASA’s Perseverance rover began searching this crater to find out if we are really alone. As Scientific American puts it, “It would almost be a miracle for Mars to be sterile.”

Astrobiologist Chris McKay at NASA believes that Earth and Mars have been sharing material for billions of years. Prefer to use your roommate’s spice rack. What? I thought you said it was communal.

Comets or large meteorites that hit Earth may have also sent debris to Mars. A tiny fraction of this debris on Mars may have carried the same microbes that kickstarted life as we know it on Earth. But what would this alien life look like?

Many scientists agree that any life we ​​can find on Mars must be incredibly strong. With the combination of radiation and freezing temperatures on Mars, could any lifeform survive in such a harsh environment?

As strange as it sounds, microbiologists have discovered many organisms that thrive in extreme environments. The tardigrade, or water bear, is a highly resistant extremophile. It can withstand heat, cold, pressure, radiation, and even a complete lack of oxygen.

There are also some types of bacteria on Earth that rapidly produce spores when faced with dangerous conditions. The bacteria can then hibernate during extended periods of drought and withstand intense ionizing radiation.

A team of more than 1,000 geologists, chemists, physicists, and biologists from around the world have driven 4.8 km into Earth and discovered robust life forms.

Mars has a similar geological past as Earth. So looking underground can be a great place to start. By drilling into the Jezero Crater, we may encounter spores dating to a relatively recent geological era.

And on future missions to Mars, we may dig deeper and uncover a whole host of botanical microbes. To find rock samples that support life, NASA’s Perseverance rover uses an array of lasers, called Supercam.

It can study the surface of Mars from afar. One of the lasers would heat the rock sample and vaporize it. This forms a plasma that can be analyzed to understand its elemental composition. Another laser will tell what compounds are in the dirt.

If SuperCam detects organic molecules or higher concentrations of elements such as nitrogen or phosphorus, the rover will proceed to take a closer look. It will then scan the soil in greater detail to detect any organic matter hidden in the soil.

The NASA team on Earth only has one shot at choosing the right place to collect these samples. With limited space on the rover, only a few dozen samples could be collected.

So no pressure, and uh, fingers crossed. If all goes well, NASA plans to return samples known to preserve biosignatures to Earth. Biosignatures are weak molecular traces left by microbes billions of years ago.

Once the samples are collected, NASA and the European Space Agency plan two missions to bring them back to Earth. This involves destroying tubes of rock and soil samples, which are collected by another spacecraft and then brought back to Earth. Wow, that looks kinda funny.

If the Perseverance mission is successful, the search for life on Mars will be just as important as the search for DNA. In 1543, Copernicus boldly shakes up the status quo with his theory that the planets orbit the Sun.

His discoveries completely changed our worldview, no longer placing Earth at the center of the universe. Searching for life beyond Earth can be just as powerful. But with no life being found, more questions may arise. Is Earth really special? are we alone here?

Even if we don’t discover life, these Martian rock samples will allow chemists to study geochemistry, mineralogy, and the basic base material of Mars in detail. It can provide us with essential insights into the climate history of Mars and help us better understand Earth’s climate as well.

In 1976, two Viking landers became the first spacecraft to land on Mars from Earth. They also investigated for life in the soil of Mars, and the results are still debated today. One experiment indicated that Martian soil tested positive for metabolism.

On Earth, this would almost certainly suggest the presence of life. But another related experiment found no trace of organic matter. While most scientists have not reconciled the conflicting results, the consensus is that there is no conclusive evidence of life on Mars.

But many researchers disagree. Recent discoveries of terrestrial microorganisms living outside the ISS indicate that life may be resilient enough for Mars.

And the methane in the Martian atmosphere could be a sign of microbial methanogens, a type of microorganism that produces a significant amount of methane. Smelly aliens. Keep in mind, it is possible that there are no perfect conditions for life to start on Mars. Or maybe it died out from an extinction event, similar to the asteroid that wiped out the dinosaurs.

Or it is also possible that we may find a life that may have been accidentally brought to Mars by one of our many rovers. Let’s hope this perseverance mission doesn’t turn into a face-palm $2.7 billion.

If Mars is your bag, have you ever thought of setting up shop there? With recent developments in rocketry, it may be possible to colonize Mars in our lifetime.

Thanks for reading till the end. Comment what’s your opinion about this information “What If We Discovered Alien Life on Mars?”.