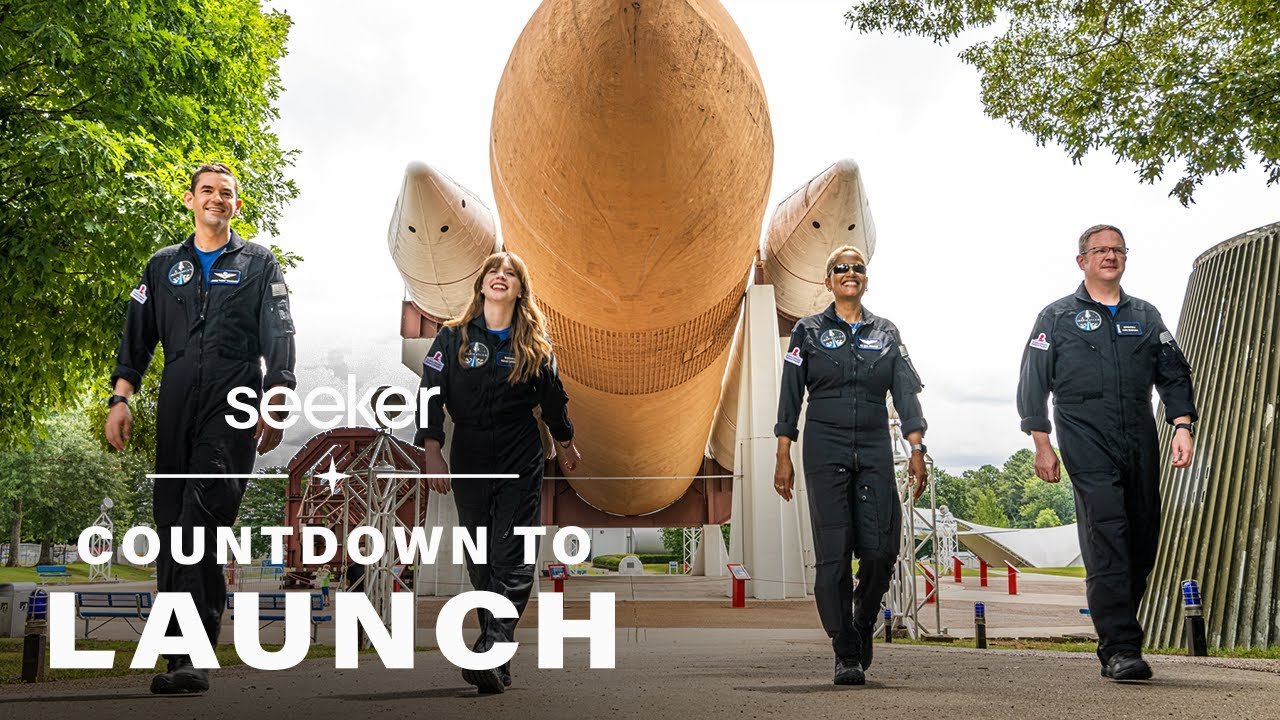 We’ve officially seen trained astronauts and billionaires go up to space…but what about the rest of us? Well, SpaceX is set to make history again. This time with its Inspiration4 mission launching the first all-civilian crew to orbit, marking the first step in a brand new chapter of human spaceflight.

One of Crew said “Inspiration4 is about advancing humans in space, and what that looks like, and bringing all of humanity along with us.

I never imagined that I would be part of the first all civilian crew to orbit and that I’m going to be the first Black female pilot of a spacecraft.”

And that’s far from the only firsts the mission hopes to achieve. Inspiration4 will be SpaceX’s first free flight of its Dragon capsule, meaning it won’t dock to the ISS.

And unlike Virgin Galactic or Blue Origin’s launches, Inspiration4 will be heading up much higher than Branson and Bezos, to an altitude of roughly 579 kilometers above Earth. So who exactly is heading up there?

Crew Members of This Mission

The first crew member is the mission benefactor, Jared Isaacman. He’ll be the commander on board the Dragon capsule, issuing orders and managing communications with ground controllers. Dr. Proctor is a geologist and was a finalist in NASA’s 2009 astronaut program.

For Inspiration4, she’ll be the mission’s pilot and will be trained to take over in an emergency situation. Then there’s Hayley Arceneaux, a childhood cancer survivor, who will be joining as the mission’s medical officer. She’ll also be making history as the first to fly with a prosthesis and as the youngest American to reach space.

And lastly, Chris Sembroski, a Lockheed engineer, will be the payload specialist, responsible for doing the experiments and managing the onboard cargo.

Since being named back in February 2021, the crew has been through an intensive training process. Usually, NASA astronauts take roughly two years to train for their missions, but for the Inspiration4 crew, that window was shrunk from April to September 2021.

One said “I have been working really hard along with the rest of my crew members to get prepared for this historic flight. I’m learning a lot about systems engineering and how everything works for the Dragon spacecraft.”

This is how Inspiration4 Crew Members Trained

Training started with trips to a human centrifuge, which tests pilots’ and astronauts’ ability to withstand the gravitational forces they’ll experience during flight. To get a taste of this reality, SpaceX engineers plugged in data from previous spaceflights to help simulate a Dragon ride during launch, re-entry, and splashdown.

During those phases, the crew can experience anything from four to six G’s. The crew also hiked up the majority of Mount Rainier as a part of a team-building exercise to be comfortable with being uncomfortable.

On top of all this, there were hours and hours of in-person training at the SpaceX facility to spend time in the simulator and learn about the Dragon capsule.

As for launch day, the flight is expected to lift off on September 15 on a flight-proven SpaceX Falcon 9 rocket from NASA’s Kennedy Space Center. And like the rocket, they’ll be flying in a flight-proven Dragon capsule, Resilience.

After liftoff, the team will spend roughly 3 days free-floating in orbit, where they’ll participate in a number of scientific experiments.

On-orbit, we’ll be doing microbial swabs and things like that, so that we can advance science. And the reason why is because we’re going to be further out from the earth than any humans have been since Hubble was last serviced. So that was a while ago. And so we’re going to be well above the International Space Station. So it’s a different radiation profile.

They’ll be sharing their results with the same research team who conducted the twin study on astronauts Mark and Scott Kelly back in 2019.

Inspiration4 is going to be historic for many reasons, but it also marks a new era for spaceflight, where ordinary civilians like you or me could one day head up to space. I mean there’s still the issue of the current prices costing thousands and even millions of dollars, but this mission is a small step towards making space a bit more accessible than it’s ever been before.

The future of human spaceflight is transforming rapidly right now, before our eyes. And the opportunity for people just like you to go on these magical journeys to space and maybe even to the moon and beyond Mars is a reality.

And we’re building that future right now. And together, if we’re thoughtful, we can create a JEDI space— a Just, Equitable, Diverse, and Inclusive space for all of humanity.

Thanks for reading till the end. Comment what’s your opinion about this information “Inspiration4: SpaceX Is About To Make History Again”.

3 thoughts on “Inspiration4: SpaceX Is About To Make History Again, Here’s How”