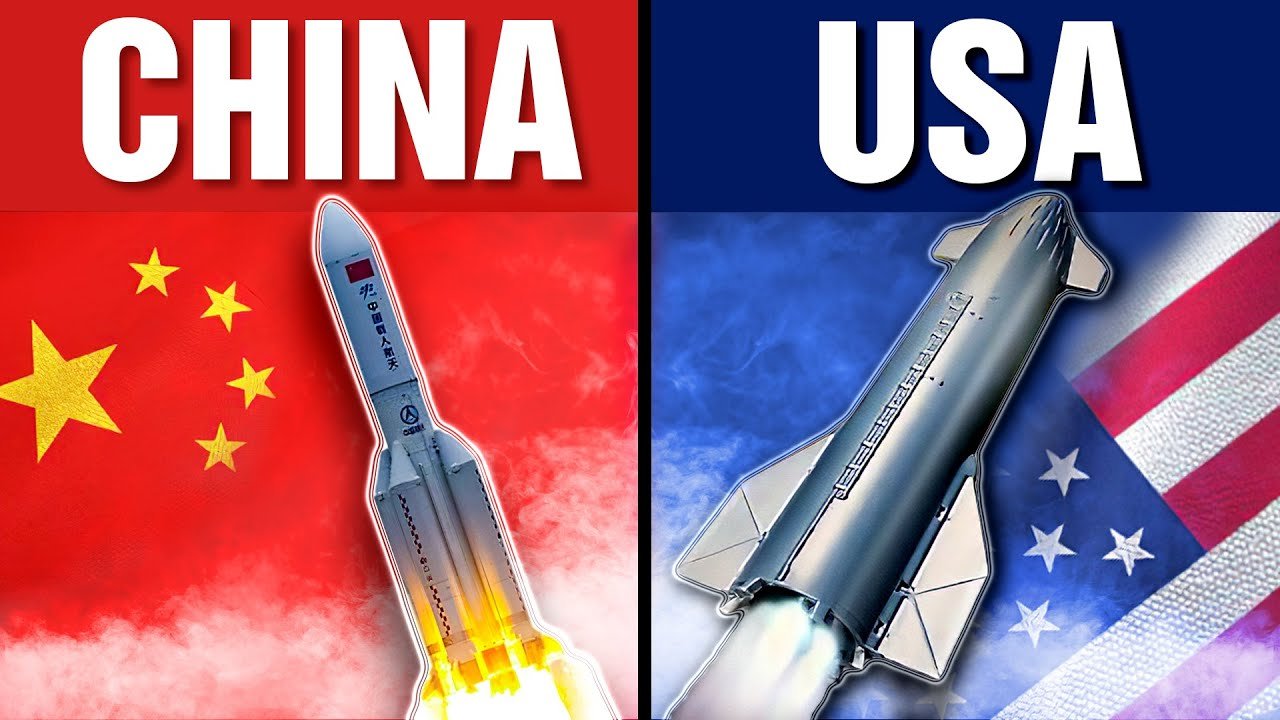 US China Insane Rivalry Is Extending From Earth Into Space: Few years ago, at the mention of space mission rivalry, the US and USSR comes to mind. However, things changed in 2003 when China launched the first human crewed mission space flight. We’ve always known the US and China to be rivals on so many economic and political grounds, but now, they’ve taken it one up to space.

What’s the whole point of the space mission rivalry? And most importantly, if the rivalry continues, how exactly will it affect both countries and the world at large? Well, we will find out in just a second.

While the United States’ status in the current world order requires no explanation, the People’s Republic of China’s rise to similar power warrants some examination. Following the death of Mao Zedong in 1976 whose ideologically restricted Stalinist rule caused much devastation and economic malaise in Chinese society, a new ruling class sought to change things.

The new ruling clique led by Hua Guofeng and later Deng Xiaoping slowly began opening up the Chinese economy for the rest of the world to invest in. GBM Investors around the world correctly saw the potential in the cheap Chinese labor force and with a guarantee from the government to eventually build up a technically skilled workforce, investments were underway at an unprecedented rate.

In the following decades, the face of China would change. From a backwards agrarian country to a technological giant, a massive leap was made thanks to the change in government policies and foresight of the new regime.

The meteoric rise of China has truly shocked the entire world and they have risen to be the equal of the United States in present times on the basis of the influence they exercise over the world in direct opposition to them.

The aerospace industry saw total US dominance following the collapse and breakup of the Soviet Union with the then newly-created Russian state struggling to get its affairs into order. This dominance however was left utilized poorly by the US until SpaceX became a success, thus China was able to launch its space program with great vigor during this period. Shenzhou 5 would be the first human crewed spaceflight mission launched in 2003.

The United States would only start paying significant attention once China became the first country to land a spacecraft on the dark side of the moon in 2019. This was a monumental achievement for any aerospace capable country and it is an achievement that not even the US managed to achieve.

That was when the then US Vice President Mike Pence announced that he wanted to ‘recreate the 1960s Cold War space race’ and the US victory in them beating the Soviet Union to the surface.

He also warned NASA that China was “trying to seize the lunar strategic high ground and become the world’s spacefaring nation”. Clearly, the United States and NASA have both been made aware of the true challenge that is in front of them.

In 2020, the China National Space Administration (CNSA) successfully put into orbit their satellite named ‘Beidou’. This satellite was sent to augment and improve the state of the satellite navigation systems within China but it has also set up the stage for China to challenge the US-led GPS system.

They also became the second country after the US to put a rover on the surface of Mars. With lobbyists rushing to get Congress to increase funding for NASA and land humans on the moon again, it is important to acknowledge that Chinese space technology still lags behind the capabilities of the US.

The difference between NASA and China’s CNSA is that the latter is constantly flush with great monetary and political support from the Chinese Communist Party while NASA’s funding increases have to be approved by a democratic congress and there are often limits on the rates to which it can be increased.

Impressive though is the fact that the CNSA has been constructing their own space station named Tiangong to rival the International Space Station which was built as part of an international collaboration.

Three Chinese astronauts were recently sent to the still under-construction space station for a stay of three months. A fact we should keep in mind that NASA was effectively banned from cooperating with CNSA in 2011 due to an unrelated law regarding espionage.

This drives much of the vitriol and rivalry between the two agencies today and the exclusion was one of the reasons which led China to building its own space station, Tiangong. Tiangong was built in the best possible time for CNSA and the most unfortunate time for NASA as the ISS is scheduled to be phased out in 2024.

The US-Russian joint management group responsible for the upkeep of the ISS has to greatly extend its operational life if they want to prevent having to join Tiangong, which may become the only crewed outer space outpost.

It would be a significant blow to American space efforts since NASA astronauts are barred by US law from joining and working there. Clearly this is a position from which house Republicans and many from the Democrat party as well will be unwilling to budge from.

There are also rumors that NASA is working on a new design for an outer space outpost but it is still too early to say for sure. The Chinese have decisively taken the advantage over this situation with a quick announcement from them stating that they will welcome foreign astronauts to Tiangong after its full completion.

Ambitious plans to build a research station in collaboration with the Russian Federation on the moon by 2035 were also revealed recently. As a viable counter, the United States government has been busy attempting to get together an international space coalition which at first seeks to establish basic principles and guidelines for lunar exploration.

These constitute the Artemis Accords and they have been signed by 12 countries so far but not China or Russia. As of right now, China is hard at work planning for its first crewed spaceflight to Mars for an observatory mission and the leading rocket manufacturer in China has announced detailed production plans.

Crewed missions to Mars are planned for 2033, 2035, 2037, 2041, and 2043. To many observers the lively willingness to reach new heights reminds them of NASA in the 60s and 70s when the most historic advancements of the first space age were accomplished.

It is not hard to imagine CNSA scientists explicitly choosing NASA as their inspiration for their work culture and far-sighted planning. One may think that the CNSA has all the advantages in planning but we should note that NASA has also brought out their plans for Mars.

While a long-term plan is not available for the public to scrutinize, NASA has stated that they are currently developing the technology required on their own to send humans to Mars. Private companies like the famous SpaceX and now Jeff Bezos’ Blue Origin will also play a crucial role in developing this technology.

SpaceX’s Starship will eventually be developed to a stage in which it can safely carry human passengers from Earth to Mars and back. Blue Origin has just recently begun its rocket building operations but it can be said without a doubt that since it is competing with SpaceX, it will also eventually build a rocket capable of reaching Mars.

Both companies have a storied history of collaboration and cooperation with NASA. There has been intense criticism worldwide of CSNA because the political hand of the Chinese Communist Party has led them to be haphazard and oftentimes irresponsible behavior.

The CSNA is known to generally be uncaring of waste products and debris left behind during its rocket launches and productions. Most glaringly, there have also been accusations of corner cutting and shoddy construction.

In May of this year, a booster used by the CSNA to launch part of the space station Tiangong crashed back into Earth after some time in orbit. It was difficult to pinpoint the exact location in which the booster was going to fall and whether or not evacuations of civilian populations needed to be conducted.

Impact was made in an unpopulated quadrant in the end thankfully and no one was injured. The signing of the Artemis Accords was referred to again at a NASA conference following this incident with great stress placed on space regulation and the lead for all spacefaring nations on Earth to abide by them.

These latter rivals however will also be contributing to the US effort greatly. Nothing drives innovation like healthy competition and the USA has the advantage of extensive experience and willing entrepreneurs and scientists to go all the way.

China on the other hand has the political will and nationalistic fervor to see their ambitious space colonization plans succeed. This is a luxury that NASA does not have as the political scene in the USA is quite divided and many in the public are unwilling to let their tax dollars go to space.

Regardless, it is still too early to denote and predict a victor so we will have to see where things go. Prepared to see incredible breakthroughs and advancements in the coming decades. So what do you think? Do you think the USA will clinch a win once more? Or should we prepare for total Chinese dominance?

Thanks for reading till the end. Comment what’s your opinion about this information “US China Insane Rivalry Is Extending From Earth Into Space”.