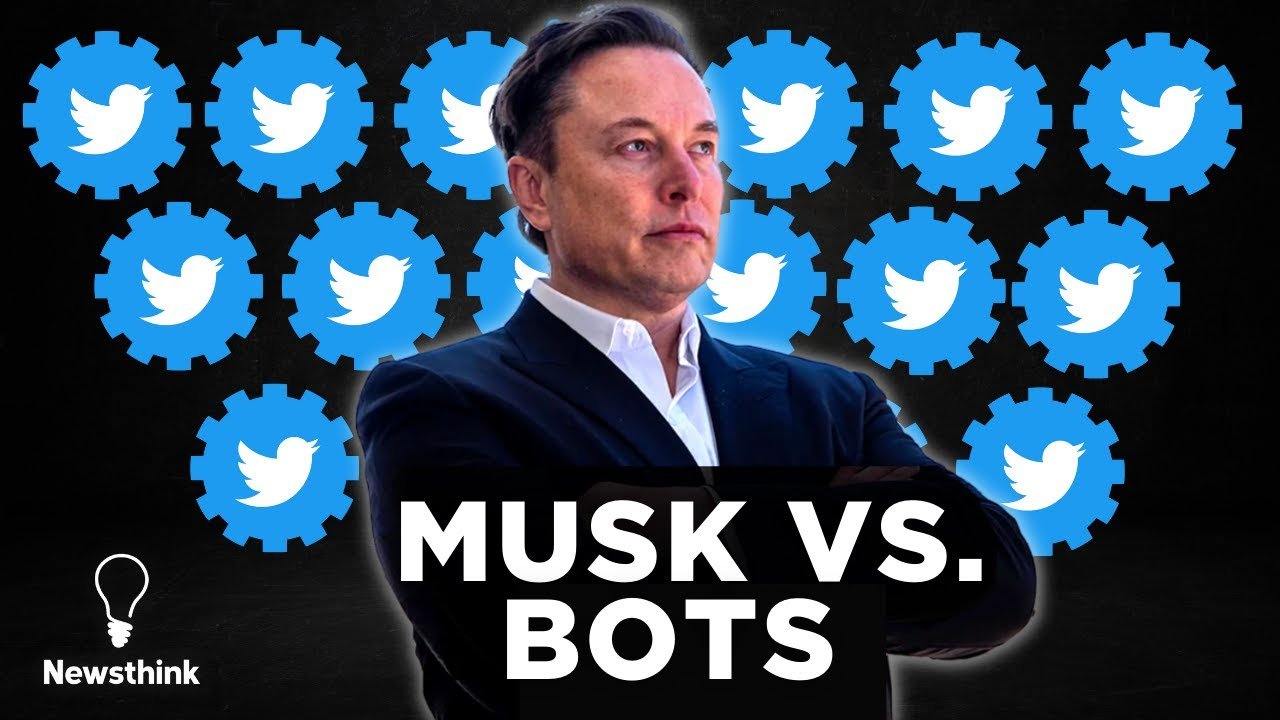 Why Elon Musk is Going to War Against Twitter Bots: Twitter bots are such a big deal that Elon Musk put his Twitter purchase on hold just to figure out how many bots or fake accounts exist on Twitter. He put the deal on hold in mid-May to figure out if Twitter was underreporting the number of fake accounts on its platform.

Fake accounts pretend to be someone else or are automated accounts that don’t have a real person behind them that can do things like real humans can do: send out tweets, like, and retweet. There’s apparently even a market for fake Elon Musk Twitter accounts!

This is important because it is the number of real users that determines the value of Twitter. So if Twitter’s 229 million daily active users are not 229 million real human beings, then Musk argues the company’s value is less than the $44 billion he’s agreed to pay for it.

Musk decided it wasn’t worth it to buy Twitter for $44 billion because its 229 million daily active users don’t represent 229 million real human beings.

Musk tweeted that 20% of Twitter consists of fake or spam accounts, though he didn’t cite any sources. That contradicts Twitter’s claim that fewer than 5% of accounts on its platform are fake.

Musk says he wants Twitter’s CEO Parag Agrawal to show proof. And that the “deal cannot move forward until he does.” That wording is much stronger than his previous tweet that he was “still committed to acquisition” hours after putting the deal on hold.

When Musk appeared on the All-In-Podcast in May, he again questioned Twitter’s claim that less than 5% of its accounts are fake.

He also likened his agreement to purchase Twitter to agreeing to buy a home that the homeowner said had only 5% termites. Only to later realize it’s infested. And the whole deal may need to be reconsidered.

Someone who wants to manipulate public opinion could create hundreds of fake accounts to criticize a policy or a politician to influence how you vote, hype a product to control what you buy, or, make someone seem more or less popular than they really are.

A cybersecurity researcher believes bots are responsible for what he calls the attempted character assassination of Elon Musk. Andrea Stroppa notes they’ve been tweeting out “Elongate SpaceX scandal” in reference to the SpaceX flight attendant who has accused Musk of sexual assault, which Musk denies.

They’re not just interacting with Musk’s critics but also his fans….so that conversations can reach a wider audience rather than the “echo chamber” of Musk haters. Fake and spam accounts are influencing public discourse inauthentically as they don’t represent the views of real people.

There are things you and I can do to try to remove bots from our feed. Stroppa suggests muting some of your Twitter notifications….for example, from people who don’t have a profile picture, or who haven’t confirmed their e-mail address or phone number.

Musk said one of his top priorities after taking over Twitter is to defeat spambots and authenticate all humans, which would dwindle his followers from 94 million down to 28 million if it’s really true 70% of his followers are fake or spam. But whenever there are fans you can bet there are critics.

Many liberals have been outraged over Musk’s push for more free speech on Twitter, which he believes is being stifled. For example, he said he’d reverse the platform’s ban on Trump. Conservatives have long-accused Twitter of censoring their views.

A Twitter employee recently confirmed the apparent left-leaning bias at the company. This senior engineer was caught in a secret recording by the right-wing activist organization Project Veritas saying Twitter does not believe in free speech, and admitted some of his colleagues “hate” Musk’s purchase because they’re “super left” Another employee also recorded by Project Veritas made it clear Twitter is not ONLY about free speech and then proceeded to make fun of Musk because of his Asperger’s, calling him “literally special needs”.

Not that poking fun at him would get under his skin, or criticism of any kind. Musk said during a TED Talk interview this year that criticism for his billionaire status was “water off a duck’s back”. He’s a man on a mission to deal with bots and issues of free speech.

If for some reason the Twitter deal doesn’t end up going through, he could still be a social media mogul. He mentioned he’s considered starting his own app. We’ve imagined it might be called Elon Social.

Thanks for reading till the end. Comment what’s your opinion about this information “Why Elon Musk is Going to War Against Twitter Bots“.