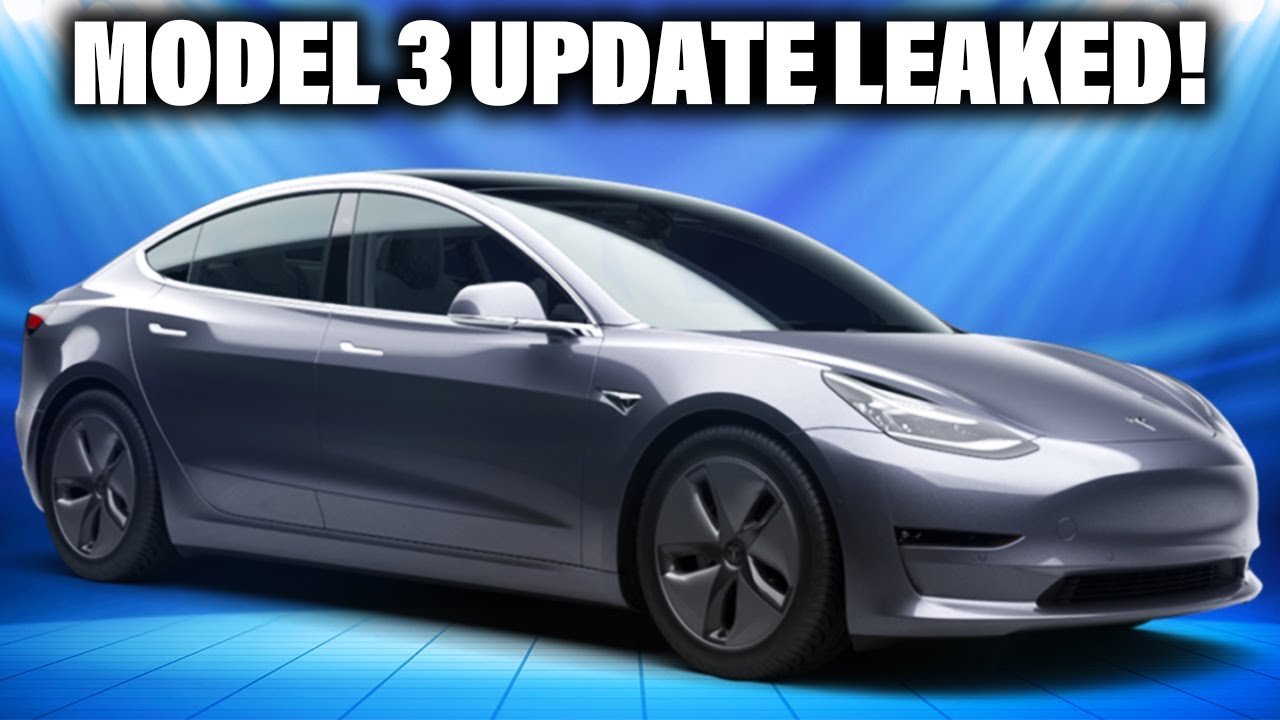 Tesla is a company that never stops coming up with fascinating technologies and the latest updates. Just like that, in 2022, Tesla intends to provide a major update for the Tesla Model 3 and Tesla Model Y. Now, there’s already a leak from a European test program revealing the features and more.

The 2022 models have been submitted for testing to European regulators. Some of the supporting documents were leaked online by Electrek, disclosing all of the upcoming revisions. There are a lot of new items on that list, but most of the changes are small.

Tesla’s cars aren’t formally refreshed or redesigned, but they are regularly improved through remote software updates. Tesla has also released hardware improvements at various periods over the years because it does not rely on traditional model years.

Tesla redesigned the Model 3 shortly after the Model Y hit the market, essentially mirroring its new crossover sibling. Tesla also made some major changes to the Model Y shortly after that. As the electric automaker expands its factories and vehicles into new markets across the world, its vehicles receive new updates, features, and even battery packs with new chemistries.

Typically, these adjustments in other countries find their way into Tesla automobiles all across the world. All New and Powerful AMD Ryzen Chip According to reports, the Model Y and Model 3 cars in question use a 12-volt lithium-ion battery pack.

The Tesla Model 3 will get a new, higher-performance motor. The new Model Y performance is now being manufactured in China, and it features a new AMD Ryzen chipset CPU for the MCU, resulting in a considerable performance gain. While it hasn’t been confirmed, it looks that the AMD Ryzen chipset will also be utilized in Model 3.

The company may also improve the Model 3’s noise factor in the 2021 model by employing double-glazed acoustic glass. The rear window on the 2022 model will be made of the same glass, which could improve acoustic performance even more.

A Super Horn, which combines the horn, alarm, and external speaker into one instrument, is also available. Last year, Tesla introduced a feature that allows customers to use the exterior speaker to stream pre-recorded sounds or tunes as a pedestrian alarm sound outside the vehicle. This feature appears to be incorporated in the next Super Horn.

Model 3 and Model Y vehicles constructed in China, and also those that will be built in the Gigafactory Berlin soon, appear to have received these enhancements. Previously, we’ve seen Tesla make changes to the Model 3 and Y in China first, then roll them out to vehicles built in Fremont and marketed in North America.

It is also believed that the Tesla Car Center display has witnessed a significant speed gain since switching to its new AMD Ryzen CPU. It replaces an Intel Atom chip that currently powers the center display of most Tesla vehicles, save from the new Model Y made in China and the new Model S and Model X, which are also driven by a new AMD chip.

Implementation and The New UI

Tesla has begun implementing a new AMD chip in the new Model Y and Model S sedans in China, following the switch from Intel. Automakers have struggled to secure semiconductor supply and computer power for their vehicles during the past year.

Due to shortages, production has been halted across the industry. Tesla has also been severely affected. It has, however, performed much better than the majority, having increased productivity by a significant amount over the same time period.

It’s the same user interface that’s in the Tesla Model S right now, and it’s unlike anything else in the Tesla lineup. This user interface should make it easier to use, and it should be able to do more, with the possibility of expanding to additional Tesla vehicles in the future.

If you’re thinking about how exactly is it going to be, then here’s your answer. It will have customizable buttons on the bottom of the screen to better match the needs of Tesla drivers. This means that you’ll be able to move and dock windows to different regions of the screen.

For many people, beta 10.5 was a significant improvement over beta 10.6. It operated much more smoothly and with more assurance than previous betas. Object recognition for autos and static objects has been improved, according to the beta’s release notes, which has been a recurrent theme in recent beta releases.

Object detection needs to be enhanced because, while it is improving, cars cannot recognize as many cars as humans can. In a congested environment, such as a parking lot or a busy road, the automobile performs an excellent job of picking up additional vehicles that are only partially visible.

When compared to the production release, it is substantially better at recognizing automobiles. This version also has a new visibility network, as well as a better stopping position during unprotected left turns, which Tesla has been emphasizing in recent updates.

Along With The Software, The Tesla Model S and Model X will both receive upgraded infotainment hardware. The MCU Three has an Intel Atom processor, but the MCU Two does not.

Model Y SUVs built at the Gigafactory Shanghai in China are already equipped with the new chip, which is powered by an AMD Ryzen processor, and those who have had the chance to test it have raved about it. The Model Y’s screen is 15 inches wide, whereas the Model S’s screen is 17 inches wide.

In addition, the Model Y only has one screen, which will necessitate software changes. The digital Infotainment cluster is available on a separate screen in the Tesla Model S, but it will have to fit on the Model Y’s single screen.

The new Tesla Tesla Model Y UI will be featured on the 2022 Tesla Model Y. But there is no information on whether it will be available as a software upgrade for current Tesla Models.

The possibility to share your car was recently uncovered in the source code for the new Tesla app. This feature allows you to give another individual temporary access to your vehicle. The car-sharing system will operate in this manner. Thanks to vehicle sync, you’ll be open to sharing your Tesla settings across various Teslas you possess or rent.

As soon as you get into a new Tesla, vehicle sync automatically changes your preferences, such as stopping mode, auto, high beams, temperature presets, and more. The parking chimes, for example, have been improved.

Elon recommended this function on Twitter, and he answered positively, indicating that he loved the idea. Instead of emitting a broad beeping sound, the strength and direction of the sound would be determined by the object’s proximity and location to the parking sensors.

Tesla has filed a patent application that might allow it to create driver profiles using facial recognition rather than manually selecting a driver or rider profile based on whose smartphone is closest to the car.

Updates From The Latest Documents Posted

The new documents suggest that the Model 3 and Model Y, and related products, will be produced at the Gigafactory in Shanghai. They also outline intentions to begin production on a new automobile project after six months of testing.

Sina Motors, the company that initially disclosed the documents before they were discovered by Electrek, claims that a new vehicle will be released with a starting price of RMB $160,000 or around $10,000 less than Tesla’s entry-level Model 3.

The most intriguing fact, though, is that mass production of the latest models might begin as early as 2022. While the newspaper claimed on the microblogging site Weibo that this is shown in the documents, the posted photographs exclude the date and price, which should be taken with a grain of salt.

However, Musk stated during the company’s battery day event that the automobile may be ready in three years. We’ll have to wait and see if and when these features make their way to the Model 3 and Model Y vehicles made in the United States. So, what are your thoughts about this new upcoming update?

Thanks for reading till the end. Comment what’s your opinion about this information “Elon Musk Leaked the Tesla 2022 Model 3 and gives Model Y Update“.