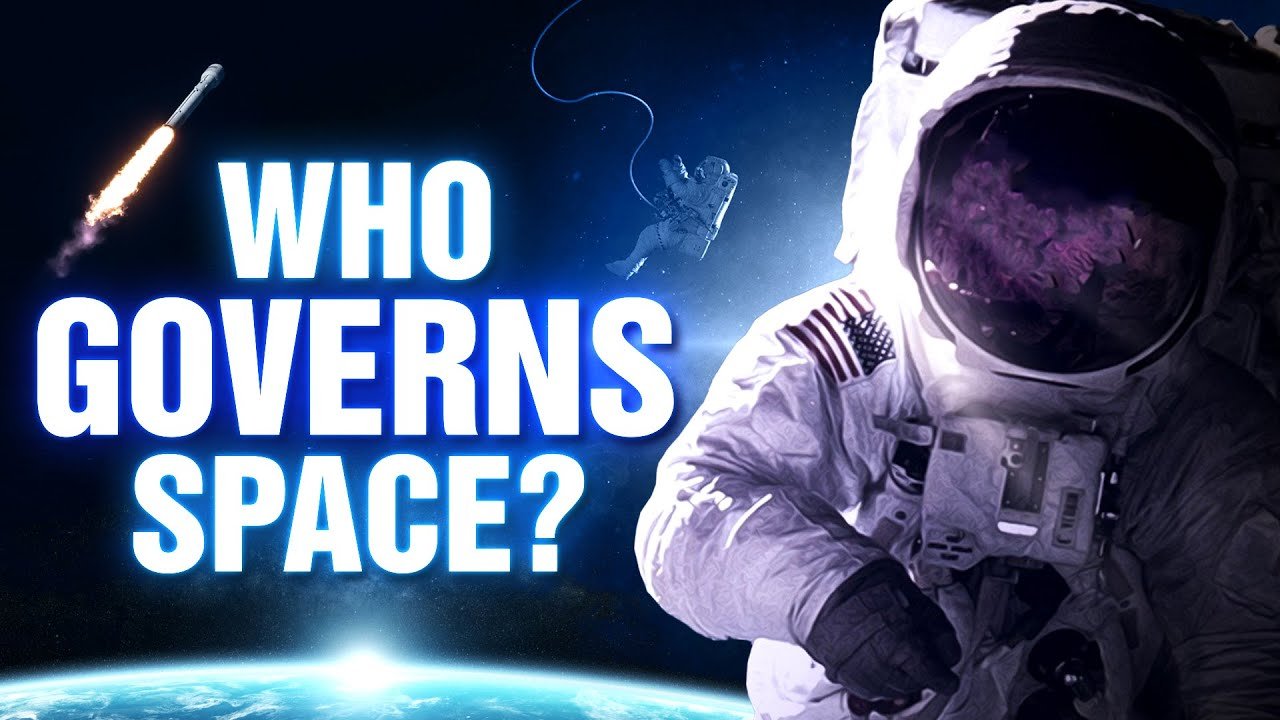 We Need A Legal Framework For Space Before It’s Too Late: Outer space is not the lawless, ungoverned frontier you may think it is. In fact, there is a framework of agreements, treaties, and principles developed at the United Nations during the 1960s and 1970s.

But it is 2021, and both time and technology have moved on. With private companies like SpaceX and Blue Origin in the race for space colonization, if we don’t have a global code of conduct or some legal framework regarding space, we are calling for huge conflicts in the near future, so now to be fair Why is the governance framework important for space colonization?

For the vast majority of human space flight history, the only ones lucky enough to reach the stars are professional astronauts hired and trained by government agencies around the world.

And, the seven daring travelers who spent millions just a few days aboard the International Space Station (ISS) in the early 2000s. But now, we are on the cusp of a new era of space exploration, with commercial companies such as SpaceX and Blue Origin developing spacecraft capable of carrying passengers beyond Earth’s surface.

In fact, we will likely see the launch of the space tourism industry in just a few years. And, who knows, maybe we’ll even see colonization on Mars by 2050. Now, this raises some burning questions, such as, who is allowed to engage in colonization activities?

In principle, the Outer Space Treaty of 1967, which is the current foundation of extraterrestrial governance and an important historical milestone, addresses this question.

Formulated by the US and the USSR in the wake of nearly devastating conflicts, it specifies that space and natural celestial bodies cannot be taken or claimed by countries, and that space should be studied and used only for peaceful reasons

Although the treaty is notable, it is a symbolic agreement rather than a comprehensive governance structure. This doesn’t really answer the problem of who is allowed to colonize space.

For example, the Outer Space Treaty prohibits nations from claiming sovereignty over the Moon or other celestial bodies but is silent on whether private companies are allowed to mine or otherwise divert natural resources.

Again, while the treaty prohibits nations from claiming celestial bodies, it also grants no rights over space with jurisdiction over, most significantly, the Moon.

However, only a few countries ratified the treaty, none of which had major space programs, and thus has no relevance in international law. Furthermore, the rate at which the commercial space sector is surpassing the relevance of the Outer Space Treaty has given rise to a number of issues.

One of the provisions of the treaty requires that non-governmental entities be authorized and supervised by their government. While there are authorities in the United States that monitor and control launches and satellites, there is no uniform system for landing on the Moon.

Moon Express, a small private company mining natural resources on the Moon, had to come up with a one-time regulatory patch to get approval to send a robotic lander to the Moon.

And as more private companies want to mine the Moon for minerals and even use it as a launchpad for missions to Mars, the lack of a legal framework will become a major hurdle for the private space industry.

However, these were all Moon-related issues. How about beyond the moon? As stated earlier, private companies like SpaceX are aiming to use the Moon as a launchpad for missions to Mars. Suppose they were successful.

Does this mean that they will claim a portion of Mars only by being physically captured? The Outer Space Treaty also addresses this issue, the problem of governance within the early colonies.

The principle is simple, and it has been proven to work for complex international missions such as the International Space Station (ISS). However, the early colonial government would be unable to rely on this principle for only two reasons.

The first is distance: Habitats on Mars or perhaps the Moon would be so far away from Earth that the laws of an individual nation of origin would be difficult to enforce. It would be inconvenient to wait weeks or months for the law enforcement from Earth to investigate a murder committed by a Mars colony resident.

And, the second reason is the complexity of decision-making within colonies. Governance in colonies is concerned with ‘big issues such as criminal law and the minor, routine, yet complicated decision-making requirements that would inevitably develop.

Even the most well-trained and disciplined colonists would engage in interpersonal disputes sooner or later.

In the context of low Earth orbit missions, conflict resolution can work through direct commands or through aborting missions, but in distant habitats, the colonists will need to have means of local conflict resolution. Colonies are more than mere missions; they are also communities.

These communities will need well-thought-out governance rules to survive, and the country-of-origin principle is just too basic to be helpful. So, what might a working framework of governance in an early colony really look like?

Elon Musk, the founder and CEO of SpaceX, has proposed direct democracy as a governance system for a future Mars colony, in which all colonists directly exercise law-making authority rather than choosing representatives to legislative bodies.

This approach was determined by the terms and services for Starlink, SpaceX’s internet satellite constellation. “For Services provided to, on, or in orbit around the planet Earth or the Moon, these Terms and any disputes between us arising out of or related to these Terms.

Including disputes regarding arbitrability (‘Disputes’) will be governed by and construed in accordance with the laws of the State of California in the United States.

Accordingly, disputes will be settled through self-governing principles, established in good faith, at the time of Martian settlement.”

The question of whether Mars should be free of Earth’s order remains unanswered, but Musk’s intentions were made more apparent when he mentioned the first government he’d like to see there.

Musk projected that the first Martian city would run on direct democracy, akin to the early American representative system. “Everyone votes on every issue and that’s how it goes. There are a few things I’d recommend. Keep laws short.

Something suspicious is going on if there are long laws”, Musk says. That indeed sounds great in principle. True direct democracy means no parliament, no political elites, and, ideally, little to no interest-group influence and no corruption.

However, direct democracy has serious shortcomings. For instance, the colonists would have to adopt a direct democratic system, and non-democratic countries interested in space colonization, such as China, are unlikely to do so since they reject democracy here on Earth.

Moreover, the actual realities of true direct democracy are quite challenging. As the philosopher Jean-Jacques Rousseau remarked in 1762, true direct democracy is suitable for gods, not for us fallible humans, because it necessitates an impossible amount of resources: if we were all legislators and administrators all of the time, we would have no resources to pursue any other goals, resulting in an absurd situation in which everyone participates in governing.

There is no real direct democracy in the world today, thus there is no reason to believe that any future space colony of any magnitude could be one. Now, if direct democracy isn’t a viable alternative for governance, should early colonies proceed oppositely by adopting some type of authoritarian structure to simply get things done?

Given how much democracy’s reputation as a problem-solving framework has deteriorated in recent years, an authoritarian approach may seem appealing. However, in early colonies, authoritarianism is unlikely to be a sustainable governance framework.

Authoritarianism is a bad bet in the long run. Well, the governance of early colonies is indeed a tricky problem. However, we must address the issue before it is too late, especially since these issues are unprecedented in human history, and the need to expand the basics of space law has long been overdue.

So, Do you think that space colonization governance should be a global priority even today before colonization is technologically viable? Share your thoughts in the comments section below.

Thanks for reading till the end. Comment what’s your opinion about this information “We Need A Legal Framework For Space Before Its Too Late”.