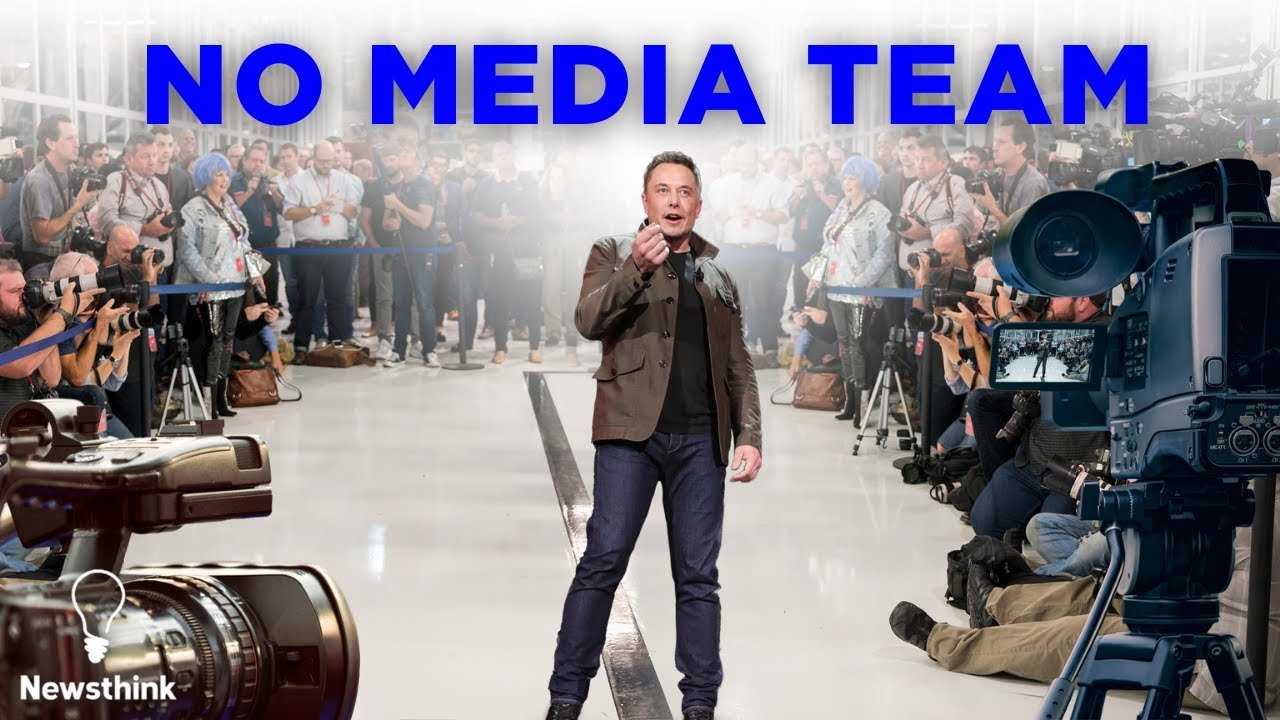 Why did Tesla disband its PR(Public Relation) team?: Elon Musk is not a conventional CEO. And he doesn’t run Tesla in a conventional way. In a previous article, I mentioned that Tesla doesn’t advertise in a world where competitors spend billions of dollars on commercials.

Tesla also doesn’t have a Public Relations(PR) team in North America. That’s unheard of for a major corporation. It means Tesla no longer reaches out to or even responds to the media which is why in a lot of articles you read about Tesla, you’ll see something like this: “Tesla didn’t immediately respond to a request for comment.”

Usually, corporations have a PR team to send positive news out to the media or to respond to their questions. When things go wrong, leaders depend on their PR professionals to spin the message to mitigate any damage. But at Tesla, that hasn’t really been the case since 2019.

Keely Sulprizio was the last person to officially be in charge of global PR and communications at Tesla. She left the automaker in December 2019 to join Impossible Foods.

Nearly every other member of Tesla’s PR team reportedly left or moved to another position within the company. Tesla does have the presence of a small communication in Europe but not a global public relations department. The big question is: why?

CEO Elon Musk has had some pretty harsh things to say about the press. He believes they treat Tesla unfairly and once tweeted: The holier-than-thou hypocrisy of big media companies who lay claim to the truth, but publish only enough to sugarcoat the lie, is why the public no longer respects them.

For example, he called out the media for their coverage of a Tesla collision in autopilot mode that made headlines around the world. He responded by saying: It’s super messed up that a Tesla crash resulting in a broken ankle is front-page news.

In his view, what was really surprising was that the Model S hit a fire truck at 60 mph and the driver only broke an ankle. He was also dismayed by media coverage of the much-hyped Battery Day event in September 2020, where Tesla unveiled that it would build its own table battery to improve range and power, making a future $25,000 car possible.

Several outlets reported that the lack of actual battery was a disappointment. Here’s what Musk said when he appeared on Kara Swisher’s podcast Self. Press coverage of this tragic incident. Well, tell me why Most of the press takeaway was… no battery. A sad reflection of his understanding, indeed.

However, at the same time, journalists were reportedly not allowed into the event and were not able to ask questions. They had to watch it remotely through Tesla’s live stream along with everyone else.

The way Musk sees it, there is negative coverage of Tesla because “journalists are under constant pressure to get maximum clicks and earn advertising dollars”. He even suggested big oil is behind the negative coverage since they are “among the world’s biggest advertisers”.

He toyed with the idea of ​​creating a website where people could evaluate the credibility of journalists and their news outlets, which he thought of calling Pravda – the Russian word for “truth”. Nothing came of it.

Since the disbanding of the PR department, Musk serves as the PR department. Most of his communication comes in the form of tweets to his 58.5 million followers, where he replies to fans, posts news about his company, and many memes these days, it seems. He hasn’t embraced all social media a few years ago by deleting the Facebook pages of both Tesla and SpaceX and calling the social media platform “lame.”

Musk does occasional interviews with the media – he hasn’t completely cut them. Some argue that he really should have got a team behind him. Forbes made a list of pros and cons which, among other things, a communications wing reported “preventing Musk from saying things that could harm the brand”.

Besides the pot-smoking on Joe Rogan’s podcast or his tweet about considering taking Tesla private at $420 a share that got him into trouble with the SEC, Musk has bragged that Tesla cars would be able to drive themselves anywhere, under any conditions by the end of 2021.

In fact, he’s said for years that Tesla is on the verge of Level 5 autonomy in which no human interaction is needed whatsoever. However, a public record obtained by the transparency advocacy group PlainSite earlier this year found that wasn’t the case.

This memo from the California Department of Motor Vehicles notes, “Elon’s tweet does not match engineering reality per CJ.” That’s CJ Moore, director of autopilot software at Tesla who had a conversation with the department in March.

The memo went on to explain that “Tesla indicated that Elon is extrapolating on the rates of improvement when speaking about L5 capabilities” but notes at the time of the meeting, Tesla was at Level 2.

Musk is known for his optimism, or as others might suggest, his tendency to exaggerate. But none of it is hurting sales. Tesla is selling cars as fast as they make them.

In the second quarter of 2021, it produced over 206,000 Model 3s and Model Ys and delivered almost as many. The company said it is particularly encouraged by the popularity of the Model Y in China where Tesla is expanding rapidly. And because of that detail, someone asked on Twitter if a future PR department might be in the cards.

To which Musk replied: “Other companies spend money on advertising and manipulate public opinion, Tesla on the Focus product. I trust people.” Musk will go into the history books for making electric vehicles cooler, faster, and maybe one day affordable for the masses.

Regardless of whether Tesla has a PR department or not, Musk always finds a way to make the news.

Thanks for reading till the end. Comment what’s your opinion about this information “Why did Tesla disband its PR(Public Relation) team?”.

3 thoughts on “Why did Tesla disband its PR(Public Relation) team?”