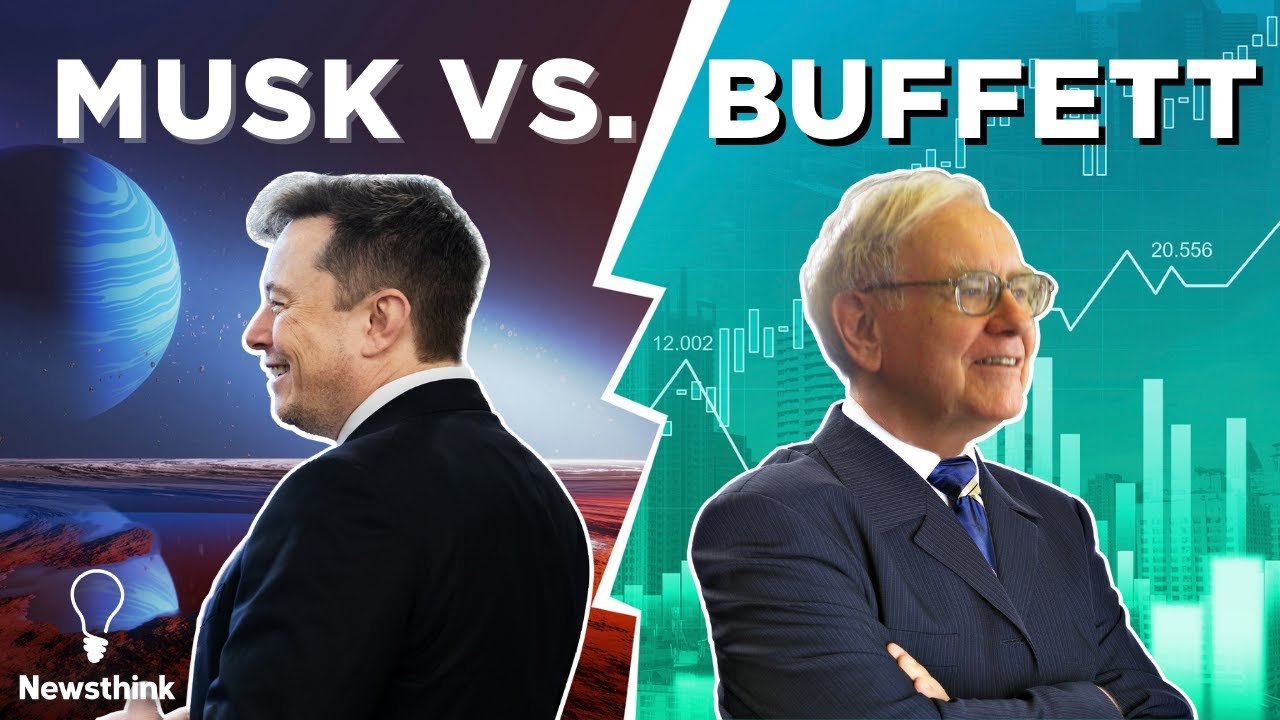 Why Elon Musk and Warren Buffett Don’t Get Along: Elon Musk isn’t known to keep his opinions to himself. He cast doubt on Warren Buffett’s public image when asked by the New York Times whether Buffett was overrated, saying that the grandfatherly figure is “…maybe overstating the case.”

For Buffett’s part, he’s been a bit tamer when speaking about Musk. The two men are similar in the sense that they’re filthy rich. Musk’s net worth is $190 billion dollars. Buffett’s is over $100 billion.

He’s the Chairman and CEO of Berkshire Hathaway – a holding company that has consistently given its shareholders returns of around 20% every year. That’s without heavily investing in tech companies.

He’s largely avoided tech companies because he famously said he doesn’t understand them well enough so it’s hard to estimate their future value. He admitted he messed up by not buying shares in Google and Amazon years ago.

And instead of picking individual stocks to buy, Buffett favors index funds like the S & P 500 – a pre-set basket of stocks that offers more safety and diversity. Buffett prefers playing it safe by choosing low-risk investments.

His strategy is to buy and hold for decades. And that’s the fundamental difference between him and Musk. Musk is high-risk, high reward with the potential for very high losses, too.

After making $180 million when the online bank he ran became PayPal which was then bought by eBay, he sunk all of the profits into three companies. If things had gone south, Musk would have been left with nothing, but it was a risk he was willing to take.

Buffett tries to protect his shareholders from as much risk as possible. He prefers investing in companies that have large “moats”, not unlike olden day castles that had a ditch filled with water encircling them for protection.

In the economic world, a moat protects a company from the competition by having some sort of advantage, such as being able to produce at a lower cost due to cheaper access to raw materials. Musk doesn’t think this is the best strategy.

He’s said: “If your only defense against invading armies is a moat, you will not last long.” Instead, “What matters is the pace of innovation…” In his case, that means rapidly building Starships and scaling up the production of Teslas.

In response, Buffett defended the idea of moats, saying “Elon may turn things upside down in some areas. I don’t think he’d want to take us on in candy.”

Referring to Berkshire Hathaway’s investment in sweets. It owns American manufacturer See’s Candies. That prompted some cheeky tweets from Musk: “Then I’m going to build a moat & fill it with candy.

However, he and Buffett are directly competing against each other. Berkshire Hathaway is gaining a foothold in the growing electric vehicle market.

Over a decade ago, Buffett’s business partner Charlie Munger convinced him to pick up an obscure Chinese automaker. BYD – Build Your Dreams – is a competitor to Tesla. For his part, Musk is poised to take on the car insurance industry where Buffett is heavily invested.

In a previous article, I talked about how Tesla plans to start selling personal car insurance in more U.S. states with Musk predicting that it could one day account for a third of Tesla’s business. That would put Tesla on a collision course with Berkshire Hathaway.

About a third of its business is in insurance, including GEICO. Buffett brushes off any sense of threat, once remarking: “I’d bet against any company in the auto business (getting into insurance).”

On Rogan’s podcast, Musk said he felt there were two kinds of billionaires who shouldn’t be seen as one in the same: those who got rich from engineering and designing a product and those who made an incredible amount of money playing the stock market.

Though that seems like a harsh assessment, Musk did add that he does see value in what Buffett does. He used the example of trying to figure out whether to invest in Coca-Cola or Pepsi. Musk said it was “a boring job” to decide which one deserves more capital but ultimately an important job.

And speaking of coke, it just happens to be one of Buffett’s favorite investments and soft drinks. He downs up to five cans a day including one that he has every morning with his $3 and changes McDonald’s breakfast.

Buffett is known for living very frugally. The Oracle of Omaha still lives in the same house in Omaha that he purchased in 1958 for $31,500. Musk lives well below his means, too. He’s been known to camp out at Tesla’s factories when the going has gotten tough. And his main residence in Boca Chica, in south Texas is said to be a house valued at just $50,000.

They also have something else in common. They’ve pledged to give away most of their fortune. In the case of Musk, he’s promised to give away half on Earth and half on Mars, to build a city there.

Thanks for reading till the end. Comment what’s your opinion about this information “Why Elon Musk and Warren Buffett Don’t Get Along”.