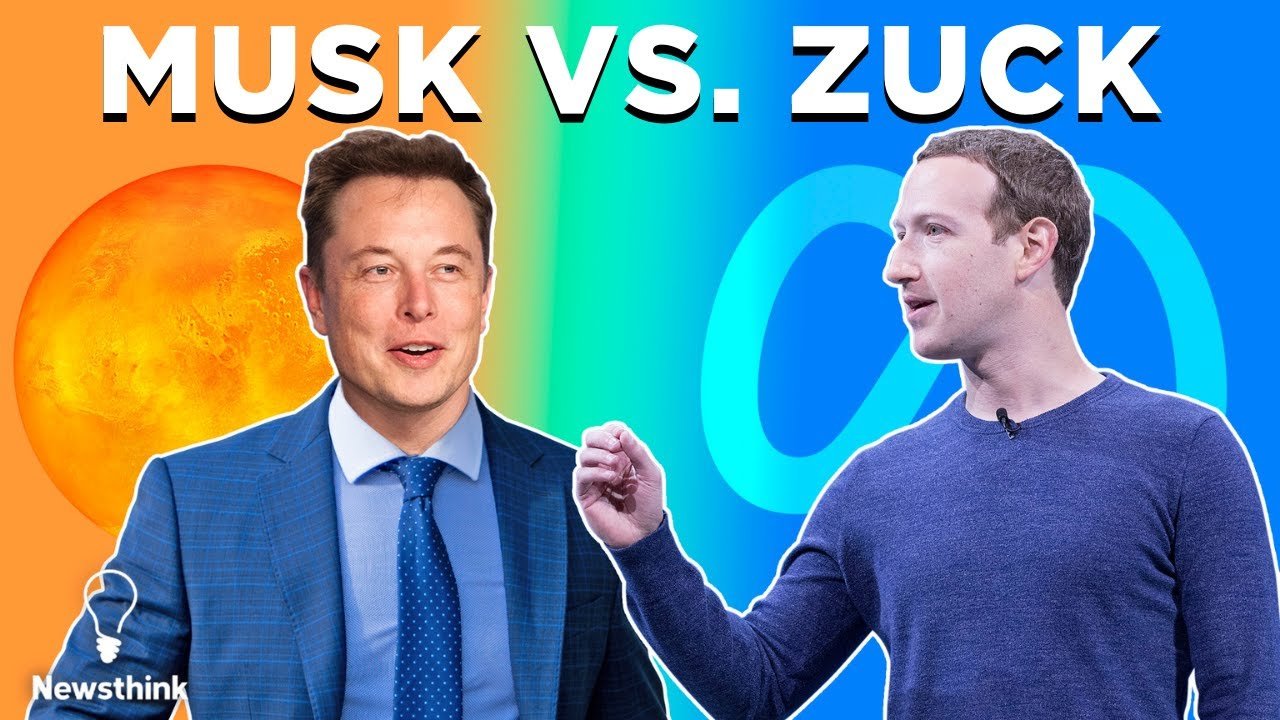 Why Elon Musk Has a Problem with Mark Zuckerberg: There were hints that Elon Musk and Mark Zuckerberg were far from best buddies even before a SpaceX rocket blew up a Facebook satellite in 2016. Facebook’s first satellite – Amos-6 – was supposed to provide speedy internet to sub-Saharan Africa.

But the Falcon 9 rocket that was meant to carry the satellite into space exploded during a test on the launchpad due to an anomaly. It left Zuckerberg, who was already in Kenya, with egg on his face.

He said he was “deeply disappointed” over the launch failure. Musk addressed this publicly a couple of years later, tweeting: it was his “…fault for being an idiot”. And said he had offered Facebook a free launch to make up for it.

The truth is they weren’t on the best of terms even before the rocket exploded. In 2014, Zuckerberg had invited Musk to his home in Palo Alto for dinner. They were joined by Facebook executives from the company’s artificial intelligence lab.

It’s believed the Facebook contingent tried to convince Musk he was wrong about AI being risky. According to one of the dinner guests, Musk reportedly said, “I genuinely believe this is dangerous”.

He has repeatedly warned that artificial intelligence could one day outsmart humans as he told tech journalist Kara Swisher. “As AI gets probably much smarter than humans, the relative intelligence ratio is probably similar to that between a person and a cat, maybe bigger“.

I do think we need to be very careful about the advancement of AI. Musk believes artificial intelligence could threaten our very existence, declaring it’s “Potentially more dangerous than nuclear weapons”

“With AI especially, I’m really optimistic, I think that people who are naysayers and kind of, try to drum up these doomsday scenarios are — I just, I don’t understand it. I think it’s really negative and in some ways, I actually think it is pretty irresponsible“.

That comment appeared to be a direct shot at Musk who replied: “His understanding of the subject is limited.” So why do they have such different outlooks?

The answer can be found in the products they’ve created. Zuckerberg can’t be pessimistic as that would suggest that computers are risky. And that wouldn’t bode well for any company that depends on the digital world for its very existence.

A clear sign that it wants to be known as more than a social networking service. Meta is focused on building the metaverse: online experiences projected into the physical world, as Zuckerberg detailed during Facebook’s annual Connect conference And it has an incredibly inspiring view of whatever you find most beautiful.

During that conference, Facebook teased a new virtual reality headset codenamed “Project Cambria” that’s supposed to be more higher-end than its Oculus Quest. And its AI division is teaching robots to feel things with their hands, to learn more about the real world.

So, Zuckerberg’s personal brand depends on the benefits of artificial intelligence. On the other hand, Musk’s pessimism is in line with his own interests. If he believes AI-powered robots are a threat to humanity, then his aggressive push to colonize Mars makes sense.

I cannot emphasize this enough. This is the thing that we need to do. Musk’s personal brand is centered around saving humanity. Whether it’s by building rockets to the red planet or electric cars on Earth.

At the height of the COVID-19 pandemic, Musk defied local lockdown orders and re-opened Tesla’s factory in Fremont, California. He called the restrictions fascist.

And even threatened to move his company’s headquarters out of California to Texas or Nevada. Which led to this response from Democratic assemblywoman Lorena Gonzalez: F*ck Elon Musk.

By the way, Tesla is moving its headquarters to the Lonestar state. Zuckerberg’s response to the pandemic was the complete opposite. He said he was concerned about the country opening up too soon.

Facebook announced it would allow all employees to work from home permanently, even after the lockdown orders ended. Of course, his company has benefited from people staying home.

The number of Facebook users climbed ten percent compared to the same time the year before. Musk is likely not one of them. He once shared this epic meme linking the U.S. Capitol riots in January to the social networking platform.

He also instructed his team to delete the Facebook pages of SpaceX and Tesla in 2018 around the time it was revealed that the personal information of millions of Facebook users was collected without their consent by British consulting firm Cambridge Analytica that used the data for political purposes.

Musk said Facebook “gave him the willies”. Zuckerberg had to testify in front of Congress because of that scandal. One of many privacy issues the company has faced.

Hackers breached the accounts of half a billion Facebook users in 2019, posting their names, phone numbers, addresses, and emails online. Recently, the company said it will no longer use its facial recognition software that automatically recognizes people in photos and videos and suggests users tag them.

The reason was given? Growing concerns over how the information could be used. Public scrutiny is something Musk is no stranger to. He appeared in court to address shareholder accusations that Tesla wasted billions buying SolarCity, a company founded by his cousins.

Not to mention his trouble with the SEC for his infamous tweets about taking Tesla private. So there are similarities despite the differences. One thing is certain: both billionaires will remain very much in the spotlight.

Thanks for reading till the end. Comment what’s your opinion about this information “Why Elon Musk Has a Problem with Mark Zuckerberg”.