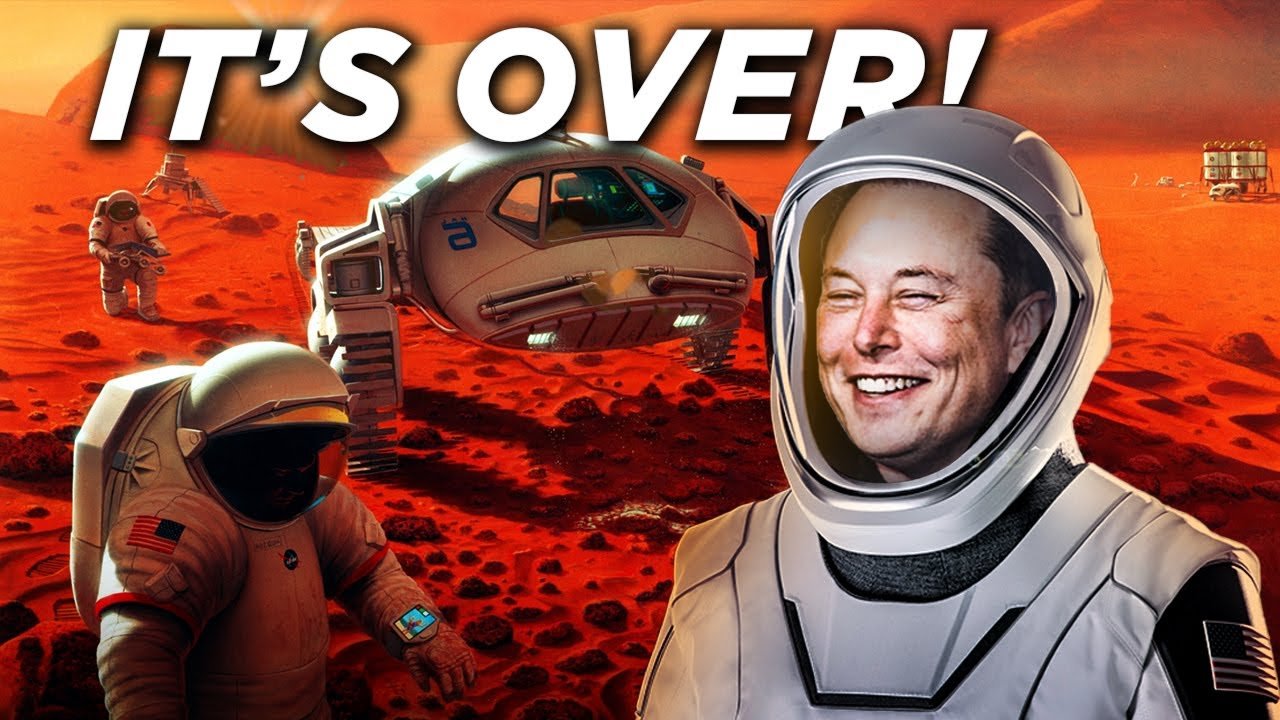 Elon Musk has provided the first overview for the Starship Program since 2019, announcing a roadmap towards building a self-sustaining city on Mars. The driving force for the Starship program is fostered by Musk’s ambition to make life multi-planetary.

This point was emphasized at the very opening of the presentation, with the holy grail of a rapidly and fully reusable launch vehicle. Elon Musk said that building a sustainable colony on Mars will set up humanity for interstellar travel. He believes that if humans build a self-sustaining colony on the Red Planet it could help ensure humanity’s long-term survival as a species.

SpaceX is working to develop a fully reusable Starship launch system at the South Texas Starbase launch site. The company is preparing to conduct its first orbital flight test in early 2022. Musk aims to have a space-ready Starship spacecraft and Super Heavy rocket by 2023.

If all goes as planned, the earliest inter-planet Starship cargo spaceflights could take place as soon as 2024 or 2026, when the orbits of Earth and Mars line up; both planets get closer to each other every 26 months. That was proofed via the mass to orbit capability of Starship.

While Elon cited the total mass launched to orbit by any nation thus far as 15,517 tons, Starship can lift 15,500t to orbit after one year of three Starship launches per week. This rapidly increases based on launch cadence to the target of 1,000,000t that Musk believes is required to create a self-sustaining city on Mars.

The goal relates to the limited opportunities for ideal Mars transit windows every two years and the amount of material needed to ensure a city on Mars is independent of Earth, should issues arise with the supply line.

For the first time in the planet’s history, such a goal is now a reality via Starship – with a payload capacity of 100-150t, dependent on the orbit, and a capacity to Mars of roughly 100t. Elon noted that this could eventually rise to 200t with orbital refilling.

The rapid reuse of the vehicle will target reuse of the Ship every six hours, with the Booster theoretically recycled for a launch every hour. Musk calculates that if SpaceX manufacturers a fleet of 1,000 Starships within the next 20 years to launch megatons of cargo and hundreds of humans to the Martian surface, humanity could achieve a self-sustaining Mars colony by the year 2050.

A fleet of Starships could launch every 26 months with all the necessary equipment so the first Mars settlers could build the foundation of humanity’s second home planet. “In order for life to become multi-planetary, we’ll need maybe 1,000 ships or something like that,” Musk said in November during an event with the U.S. National Academy of Sciences meeting. “Long term, it’s essential for preserving the light of consciousness.

Eventually, something will happen to Earth, hopefully not soon, either natural or man-made that would cause the end of civilization. The probable lifespan of civilization is much greater if we’re a multi-planet species.”

Achieving a sustainable colony on Mars will be a stepping stone for humans to attempt interstellar travel because all the technologies that enabled humans to survive sustainably on the Red Planet will be useful for exploring beyond our Solar System.

Musk hopes that humans could one day be capable of crossing ‘The Great Filter,’ which is a philosophical concept related to the probability of a species reaching an advanced-enough technological stage that enables them to explore beyond their Solar System before going extinct.

‘The Great Filter’ is whatever prevents intelligent life to explore and expand across the universe to spread ‘lasting’ life. –“If we are able to make life self-sustaining on Mars, we will have passed one of the greatest filters. That then sets us up to become interstellar,” Musk said, “ Earth is ~4.5B [billion] years old, but life is still not multi-planetary and it is extremely uncertain how much time is left to become so,” he wrote via Twitter.

The 119-meter-high rocket ship is taller than the U.S. Statue of Liberty. Seeing it up close is awe-inspiring, it really makes you believe that civilian space travel en masse will be possible in our lifetime. Musk envisions a future where humanity lives in a spacefaring civilization that is capable of building a city on Mars, exploring the Solar System, and beyond.

“Life can’t just be about solving problems, it has to be about things that inspire you… that move your heart. That when you wake up in the morning, you’re excited about the future,” Musk said on Thursday night. Musk highlighted the importance of the Starship launch system and what SpaceX teams are doing to change the course of humanity’s future.

“For those who really care about not just the humans but all the life on Earth it is very important, essential that over the long-term… we become a multi-planet species, and ultimately even go beyond the solar system and bring life with us,” said Musk, in reference to all lifeforms on Earth.

“You know we are life stewards, life’s guardians, […] the creatures that we love, they can’t build spaceships, but we can and we can bring them with us and I think that’s pretty important for those that that care about the environment and care about all the creatures on Earth.”

The spacecraft could one day become a modern-day “Noah’s Ark” that could help preserve life on other solid worlds if some catastrophic extinction-level event were to happen on our home planet.

SpaceX is working around the clock to develop a fully-reusable Starship/Super Heavy in order to make life multi-planetary. The launch system is destined to become the most powerful vehicle ever developed.

The Mars Base Alpha astronaut builders will be tasked with building a propellant plant to fuel Starships’ return to Earth. Fridman also asked if he had a specific plan on how to terraform the Red Planet – “… If you can’t get there nothing else matters,” Musk replied.

“We can’t get there at some extraordinarily high cost… the current cost of, let’s say, one ton to the surface of Mars is on an order of a billion dollars.” He explained that the cost is very high because the Starship vehicles will require a lot of advanced technology, like long-distance communication systems, heat shields, life support systems, among many other vital things.

“This is obviously way too expensive to create a self-sustaining civilization. So, we need to improve that by at least a factor of a thousand,” Musk said, “Ideally, much less than a million [dollars] per ton.”

Engineers are working to develop a stainless-steel Starship capable of lifting its own mass plus at least 100 tons of cargo to orbit. Making Mars somewhat habitable for humans and plants will be a big challenge, megatons of resources and materials to build habitats and factories will need to be transported by Starship to ensure survival.

Thanks for reading till the end. Comment what’s your opinion about this information “SpaceX Mind-Blowing Plan To Colonize Mars Revealed by Elon Musk“.