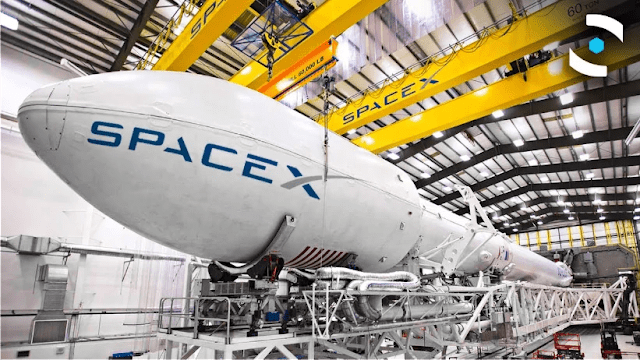 Take A Look Inside SpaceX’s Texas Rocket Factory: The factory that built Elon Musk’s next-generation spacecraft is a stunning marvel of ultra-modern industrial sophistication, isn’t it?

No. In fact, it’s a floating, makeshift tent town, with an onsite trailer park—and no running water. How on earth does it work? Join us now as we take a peek inside SpaceX’s Boca Chica rocket factory.

SpaceX’s day job, orbiting lucrative commercial payloads for an assortment of private firms and state agencies, runs on rockets built at the company’s primary Hawthorne headquarters on the outskirts of Los Angeles.

That side of the business is ticking well by all accounts. But Elon Musk has big fish to fry. “We are trying to build a huge fleet to make Mars habitable,” he has said on more than one occasion. Why? “To make life multi-planetary.”

Achieving this historic achievement would require a major leap forward in spacecraft development. Spoiler alert, that is the Starship currently being tested, with mixed results, at SpaceX’s long-suffering South Texas launch pad. But to actually colonize Mars, one starship would not be enough.

“I think we need, probably, on the order of 1,000 ships, And each of those ships would have more payload than the Saturn V—and be reusable,” Musk says.

The SpaceX CEO has finally set an ambitious long-term goal of running three Starship flights a day, each carrying 100 tons of payloads and passengers to and from the Red Planet.

For now, though, Musk’s short-term aim is to build one or two Starships per week and add to the construction cost at just $5 million per ship. To pull this off, Elon Musk needs a production line—something he knows a thing or two about from his famous injury experience growing Tesla’s manufacturing base a few years ago.

“Production is at least 1,000 percent harder than making a single thing,” he likes to hold. “If you’re just trying to build something, it can basically all be built by the engineering team.

“But if you really want to make a reasonable amount of something, you have to build a machine that makes a machine.” “Which is going to be a lot more complicated than a machine, mathematically.” So how’s it going?

For now, great. With Starship the plan was always to iterate several prototypes in rapid succession, to refine the design and achieve this as quickly as possible. As Musk puts it: “If you have a high production rate you have many iterations.

You can progress from one to the next.” Building a starship at Hawthorne would make it impossible or certainly too slow, as a cross-country road trip from Cali to the Texas coast would add unacceptable delays to each launch. Referring to this fact Not that the starship is too big to make it under highway bridges.

So the Starship manufacturing facility is located just a short hop along Highway 4 in the South Texas enclave of Boca Chica. Aerial photos were taken a few years ago of the construction site show how fast the factory has grown.

And that momentum is helped by the fact that the buildings seen here are not technically buildings at all. Some of Elon Musk’s biggest headaches growing Tesla disappeared when he realized how cheap and fast it could be to ramp up capacity by putting giant tents for screens in production.

Tents have the advantage of being straightforward and inexpensive, plus they don’t require a lot of tedious energy-saving engagement with local planning authorities. If you want to build a large structure fast, tents are pretty much the way to go. Just ask any circus.

But what works for cars doesn’t necessarily work for space rockets. For example, the two most important and largest tents at the Boca Chica construction site are called ‘Segment Manufacturing Tent #1 and #2’. This is where the stainless steel rings that make up most of the visible fuselage are assembled, as well as the inner bulkhead dome.

These tents themselves are quite tall. But they are not high enough from the ground to the ceiling. So the SpaceX brainiacs hit upon a crazy idea — lofting their tent over a layer of shipping containers. this is true.

And ratchet as it sounds, it actually makes sense. Like tents, shipping containers do not require formal planning authority, and certainly no foundation. It’s easy to reconfigure them. They’re also heavy – handy in windy spaces like Boca Chica – and can be used as storage or offices, too.

Another neighboring tall tent, with an onion-shaped end, is used to assemble the rocket nosecone and reportedly rests on not one but two layers of shipping containers. What works, works. Tents aren’t just there to block out the elements and prying eyes.

The gases used in welding often require some sort of enclosure. If not, the resulting welds are weak and the rocket is potentially compromised.

Water cutting is reportedly the technique used to trim steel here, and that presents its own challenges. Boca Chica has been without reliable running water since Hurricane Beulah struck the city in 1967.

So SpaceX has built its own water tanks on-site, one of them a playful upcycled of the long-retired SN2 prototype rocket. The so-called ‘propulsion building’ is where the Starship’s Raptor engines and the pipework and plumbing supporting the engines themselves are put together and checked.

The Raptors themselves are still built in Hawthorne, Calif. For now, anyway. Another structure, commonly referred to by SpaceX followers as ‘ground fabrication’, houses the mission components that are designed to remain on terra firma.

Think of heavy-duty hardware like launch scaffolding, and rockets sit for the bulk of the launch before they eventually explode. The tallest structures on the site are these three vertical construction bays for shielding the rocket’s vertical assembly, long called the ‘Low Bay’ or affectionately ‘Iron Heinz’ by Boca Chica watchers, the smallest, the windbreak for the construction. as was created. Early MK1 prototypes and rarely used these days.

Midbay was once the tallest bay and could hold two prototypes at a time for stacking before being moved to High Bay. The current High Bay, 80 meters long, dominates the horizon and is where all the finished prototypes exit from the present.

Elon Musk has jokingly suggested that one day he might want to put up a bar there with a glass floor so that punters can see the future construction happening under their feet.

When a Twitter user noted that a temporary stairway to the roof of High Bay was being torn down, Musk commented that from now on workers “…will use catapults and air mattresses to descend to the roof, then to the base.” will jump.” Well, if anyone can do that…

There is also an outpost of the University of Texas Rio Grande Valley on-site, which is hypothetically named the ‘Stargate Technology Center’. The idea is that SpaceX can nurture local talent without the hassle of convincing smart cookies to move to rural South Texas.

Joining up with the mighty University of Texas is also a sensible political move by SpaceX, which will need to submit to all official goodwill if they want to keep stuff flying.

Musk believes that a skilled workforce and well-established workflows, with plenty of opportunities for feedback and innovation, are the secrets to iterating rapidly and scaling up production. For example, the production of stainless steel barrels for Starship’s fuselage has been two barrels a day.

But the target is soon to reach the production level of four barrels a day. Each barrel, remember, brings us one step closer to Mars. In addition, Musk’s experience at Tesla taught him quality staffing practices for factory leaders, such as providing teams with free hot meals.

And there’s a lot of sophisticated innovation going on. For example, in the novel, the ‘knuckle seamer’ welding process is used to create those fuel domes.

Combining touch automation with a shielded X-ray pass to check for flaws, this newly Boca Chica-invented process turns an entire day’s work into a routine task that gets done in hours. And as for corporate culture, Elon Musk clearly has the money to hire and is apparently more than happy to recommend friends and relatives for positions at the facility for workers.

Employees maintain a three-day, four-day rota system, often in dedicated RV parks in the shade of the highway. Fancy it is not. But Musk’s hands-on approach means he is content for his own decisions, even those that lead to catastrophic failures.

“I’m so sorry if you pass me the buck,” he said. “There’s no apology if you don’t.” This feature will definitely be expanded going forward. By the time you’ve seen this video, it’s probably already elaborated.

But given the site’s location on the Gulf of Mexico, these vulnerable existing buildings may have to endure hurricanes – rapidly factoring in climate change. The thinking is that Elon Musk would rather quickly build a cheaper structure than invest heavily in a decade-long conventional construction, then rebuild in a crisis. Because it’s fast. In short, that’s his plan for getting to Mars: go fast.

Thanks for reading till the end. Comment what’s your opinion about this information “Take A Look Inside SpaceX’s Texas Rocket Factory“.