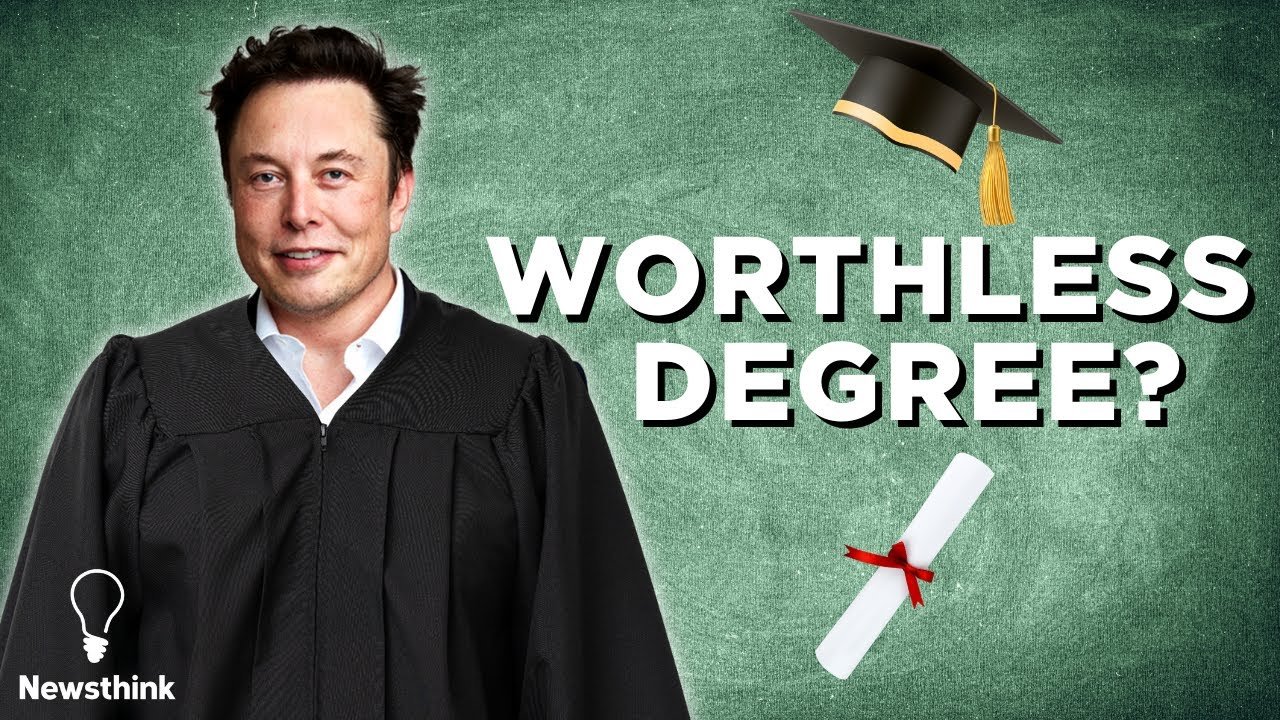 Why CEOs Think University Degrees are Becoming Irrelevant: Elon Musk recently tweeted that he’s considering creating a new university with a rude name. Texas Institute of Technology & Science. This was most likely his idea of a joke. Yet he’s been quite serious in his belief that today’s university degrees are useless.

“You don’t need college to learn stuff. Everything is available, basically, for free.” Musk has said. He feels the main value of college is to test a student’s resolve – will they finish their annoying assignment on time? Rather than: will they learn something from it?

“And also, if you probably wanna hang around a bunch of people your own age or a while instead of going right into the workforce. So I think colleges are basically for fun and to prove you can do your chores but they’re not for learning.”

Legendary Silicon Valley investor and PayPal co-founder Peter Thiel think you should skip college altogether. He offers a fellowship of $100,000 for college students who drop out to start their own companies.

Thiel believes higher education is actually a form of brainwashing. There are still obvious perks of going to university. Those with a bachelor’s degree still earn $500 more a week than those who only graduated high school according to the U.S. Bureau of Labor Statistics.

However, now there’s a plan that could topple the Ivory Tower. Google made a huge announcement in the middle of the pandemic. It said it would beef up its online school, offering new courses in data analytics, project management, and User Experience (UX) design, created and taught by Google employees in the related fields.

These courses are not meant to supplement your university degree but replace it. Google’s senior vice president of public affairs, Kent Walker, tweeted: “In our own hiring, we will now treat these new career certificates as the equivalent of a four-year degree for related roles.”

Roles in high-growth, high-paying fields in which Google says the average salary is $63,000 a year. Walker wrote in a blog post that “College degrees are out of reach for many Americans” as they struggle to pay back student loans.

Whereas Google’s six-month courses cost $234 – the price of just university textbooks! Tuition in the U.S. has ballooned over the decades. The cost of tuition, fees, room and board at a four-year private university in America is around $52,000 per academic year.

The vast majority of college spending goes toward paying staff and faculty according to the Atlantic. Despite some of the most expensive tuition in the world, the U.S. lags far behind other developed nations in math and technology skills – more necessary than ever as our jobs are increasingly automated.

The OECD studied the competency of adults around the world, surveying 245,000 people in 39 countries. How did the U.S. fare? When it comes to solving problems with digital technology, the U.S. was in 18th spot. America fared worse when it comes to math skills – sitting in 27th place.

This suggests a mismatch between what people are currently taught at American schools and what skills are actually required in the real world. Tim Cook wants certainly feels that way.

The Apple CEO thinks the one skill every kid in the U.S. should learn before they graduate high school is coding. Apple launched a program in 2016 designed to help students from kindergarten to university learn to code and also launched free coding courses for teachers so they can pass on their knowledge.

Cook pointed out that in 2018, half of Apple’s American employees did not have a four-year degree. His predecessor, Steve Jobs, famously dropped out of Reed College after just one semester.

Jobs was one of many smart guys who dropped out. Mark Zuckerberg left Harvard during his sophomore year to work on Facebook full-time. Bill Gates quit Harvard to focus on Microsoft. Daniel Ek left his engineering studies in Sweden after just eight weeks to co-found Spotify.

Elon Musk has expressed his admiration for people who’ve left school to start their own companies. “In fact, ideally you dropped out and did something.” He is technically a dropout himself, leaving his PhD program at Stanford after two days.

He’s been vocal about not requiring a university education to work for him, reaffirming it when asked on Twitter. However, it’s unclear how many people Tesla has actually hired without a university degree. I asked them but they didn’t respond.

Tesla is looking to fill 10,000 jobs through 2022 for its Gigafactory in Austin. Some still require a degree. Others make no mention of one, including pretty good engineering jobs. They do require the: “Ability to apply first principles thinking to your problem-solving approach.”

First-principles is the practice of questioning everyday assumptions. For example, the assumption that batteries for electric cars are expensive and that’s just the way it is. First-principles involves rethinking what you know, which is what allowed Tesla to build cheaper battery packs.

Musk applied first principles reasoning to question how students should be taught when he took his kids out of private school and put them in a school he started in a corner of SpaceX’s factory. The school – which has since closed after his boys graduated – focused on critical thinking skills and even had a class on rocketry.

Thanks for reading till the end. Comment what’s your opinion about this information “Why CEOs Think University Degrees are Becoming Irrelevant”.

5 thoughts on “Why CEOs Think University Degrees are Becoming Irrelevant”