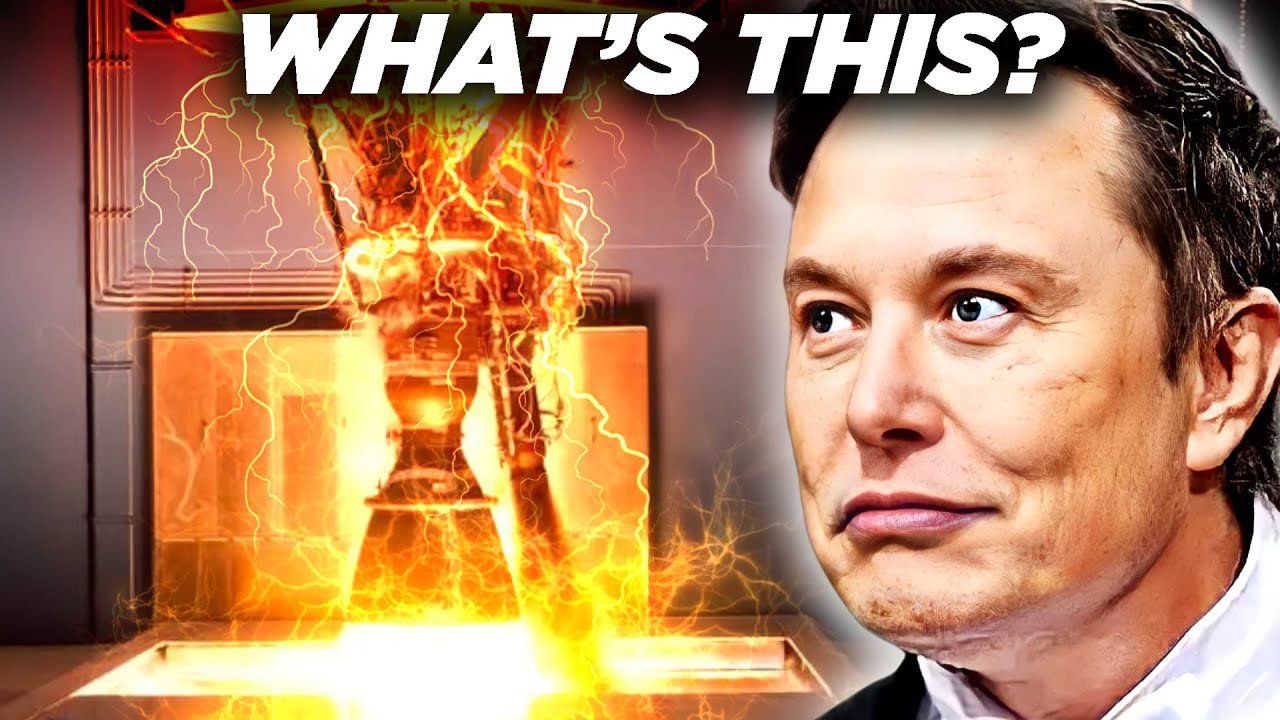 Elon Musk Just REVEALED This Powerful Rocket Engine:- The workings behind the SpaceX engine have some fascinating science behind them. It is incredible what SpaceX has achieved with the Merlin engines, which power the Falcon 9 and the Falcon Heavy rockets, and the Raptor engines that power the Starship rocket.

Because of this, SpaceX has become pretty famous, in addition to the fact that they managed to develop cheaper rockets. But today’s focus is on the Merlin Rocket engine, for which Elon Musk just explained the science behind it recently. But how does Elon Musk describe it?

As we all know, the force required to take a huge 1.3-million-pound rocket into space, while defying the laws of gravity, is quite insane. It is a whole level of engineering.

The power that is even required to power the 200-foot jet of fire that comes from the bottom of the rocket even before it can get off the ground is incredible. And given the fact that the final destination is the final frontier of outer space, rockets have to be one of the most incredible machines ever to be created.

Most rockets will use a chemical rocket engine to propel them to their destination. However, there is the hope that someday, maybe even in the near future, these types of engines will be replaced by more environmentally friendly propulsion systems.

SpaceX has done a lot since 2020, having launched about 17 Falcon 9 missions. They have also managed to carry out about 14 successful booster landings, bringing the total number of chemical rocket engines used to 169. SpaceX aside, there are also other companies that have also launched chemical rockets, among them being United Launch Alliance (ULA) and Northrop Grumman.

It is clear that chemical engines are being used in full swing. But how do they really work? How are these engines different from the engines that power our vehicles on the road?

Upon ignition, an explosion occurs, which releases some energy that is used to move. In the case of a car engine, fuel vapor is mixed with air in a combustion chamber and then ignited by a spark. A mini-explosion will occur, which pushes the piston down.

This in turn turns a shaft that will then spin the wheels. The working of a car engine is more complicated than that, but we have just tried to keep it simple. So basically, if you mix fuel with air and then add a little spark, you get an explosion that ends up giving off energy that helps the car move.

So basically, for any adequate combustion to occur, you will need oxygen. However, for a rocket, the higher it goes, the less oxygen there is up there. Eventually, it will get to a point where there is no oxygen at all.

Because of this, all rockets have to carry their own oxidizer, which is mostly liquid oxygen, in addition to the fuel. Here we are going to focus on the Merlin 1D chemical engines, which are mostly used by SpaceX to power the first stage of the Falcon 9 rocket.

Even though other companies make and use chemical engines, SpaceX, which is a silicon-valley type aerospace company, has had some interesting inventions that have left the rocket-launching industry in shock.

SpaceX has made it as the only commercial company that has sent astronauts into space and to the International Space Station. It has continued to challenge longtime government contractors such as ULA by managing to build reliable and cheaper rockets.

The Falcon 9 has been the most common rocket for this. So, how does the Merlin rocket engine in the Falcon 9 rocket work? The Merlin engine is mostly a gas-generator open-cycle engine. What does this mean?

This simply means that the propellant is burned in a gas generator, and the resultant hot air is the one that is used to power the engine’s pumps. Eventually, the gas will become exhausted. Since the engine is “throwing away” something, this makes it an open cycle engine.

As we saw before, we need oxygen for combustion to occur. And because of this, rockets have to carry liquid oxygen with them. The Merlin rocket engine makes use of a turbopump assembly to feed oxygen, which is the liquid oxygen aboard, and fuel, which is mostly ultra-refined kerosene, or RP1, into the combustion chamber.

Both of these are stored in separate tanks in the first and second stages of the rocket. The turbopump mainly consists of a preburner, a turbine, a shaft, and two pumps. The preburner can be thought of as a smaller rocket engine. The exhaust from the preburner is the one that spins the turbine.

It is also being fed by two smaller pipes of fuel and oxygen, which are both connected to the pumps. Now that we know the preburner powers the pumps and the pumps are the ones controlling the fuel and oxidizer flow to the preburner, how does the engine start if each component requires the other for them to work?

To solve the problem of ignition, the Falcon 9 rocket has a small amount of triethylaluminium-triethyl. Well, this is basically a chemical compound that ignites immediately after it comes into contact with any form of oxygen.

Through a separate pipe system, the Merlin engines feed just a small amount of this compound and liquid oxygen into the preburner. Once the compound ignites, the turbine starts spinning. Eventually, the pipes start flowing, and the whole cycle begins.

A single combustion of a Merlin engine produces about 190,000 pound-feet of thrust. The preburner’s exhaust is then let out through a separate, much smaller nozzle. Since the entire ignition sequence is so complicated, SpaceX will begin it at T-minus 2 seconds to give it enough time for the engines to start.

However, this is much better as compared to the Saturn V moon rocket. Its system was so complicated that it took a little more than 6 seconds for the engines to get to full power. The first stage will only go as high as it can before it separates from the second stage.

Once it separates, the first stage will head back to Earth, and it will attempt to land using the center 1 of the 9 Merlin engines to re-enter the atmosphere and eventually touch down. Upon separation, the second stage is powered by the M Vac engine.

This engine will start up and move the rocket’s payload to the orbit that was planned. What SpaceX has achieved is unlike any other space company. It has even managed to make the launches cheaper than other space companies. But how is this possible?

Well, this is because SpaceX, being led by Elon Musk, has managed to make the first stage of the Falcon 9 rocket completely reusable. This stage of the rocket is capable of landing autonomously either on land or on a drone ship that has been stationed in the ocean.

This is after it sends the second stage on its way and reenters the atmosphere. SpaceX has also developed better rocket engines, mainly known as the Raptor engines. These are the engines that are meant to power the starship and the Super Heavy, which, as we all know, is the strongest rocket to ever be built.

This is the rocket that is set to take people to Mars and back. That is just how powerful it is said to be. And it is a real game-changer. SpaceX might just be the most powerful space company in the next few years.

And this is all under the leadership and ambition of Elon Musk. And here is a fun fact: even though Elon Musk has helped come up with ideas for building some of the most powerful rocket engines, he never did anything related to rocket science while in school.

In fact, he has learned all that by himself, by reading textbooks and consulting with some of the experts. That just shows that you can achieve anything as long as you are determined.

Thanks for reading till the end. Comment what’s your opinion about this information “Elon Musk Just REVEALED This Powerful Rocket Engine“.