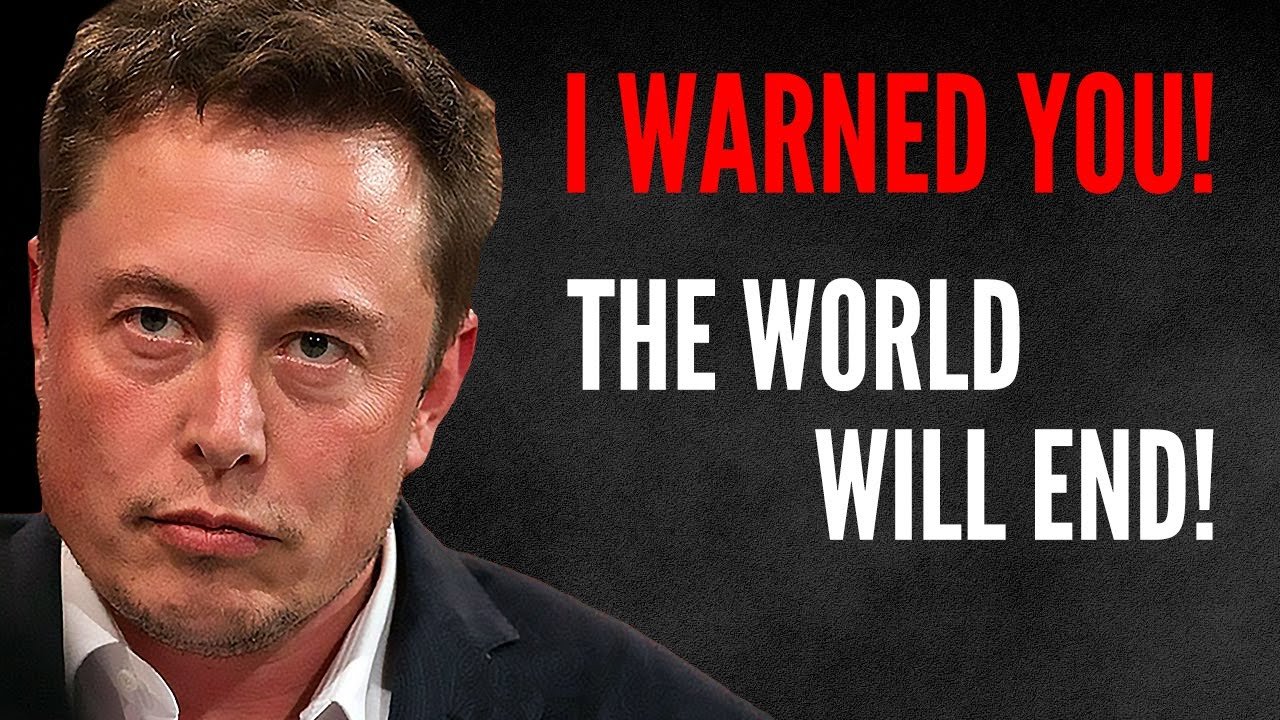 If you ask most people, they’ll tell you it’s a huge number that needs to be kept in check. Humans have reproduced at an unprecedented rate, with the world’s population going from 1 billion in 1804 to 7 billion in 2011.

In 207 years, the world’s population became seven times more than it used to be. Many experts have made predictions that our large population will be the end of our race. But Elon Musk, who isn’t afraid to voice his opinions about specific issues, has predicted that at this rate, civilization will crumble. Not from overpopulation as predicted by these experts, but from underpopulation.

In today’s article, we will look at why the richest man in the world has decided to throw his full weight behind a scenario that most experts believe cannot happen. Remain glued to your device; you don’t want to miss this.

Elon Musk believes that civilization will crumble because of declining birth rates. The United Nations projects that by 2057, the world population will rise to 10 billion. By 2100, that number might be reduced to about 7.3 billion when we account for the steady fertility decline in most parts of the world.

Since 1900, the global average life expectancy has doubled thanks to advances in medicine, general hygiene, and technology. We now have a growing imbalance between births and deaths. The infant mortality rate has been reduced by half since 1990, which means that more kids will grow up to be adults.

We can’t complain about falling mortality rates because many of us will live longer than our ancestors did. In the same event where Musk spoke about declining birth rates, he spoke about aging, saying he doesn’t think people should try to live for a long time.

Musk thinks it is crucial for people to die because people don’t change their minds; they just die. If they live forever, we might have a society where new ideas cannot succeed. He went on to say that he is not poking fun at aging people.

Still, he thinks that people in influential positions who have to make crucial decisions should have a sufficient presence of mind and cognitive ability to make decisions because they have a whole country depending on them.

Lack of female education has also contributed to overpopulation. In recent years, female access to education has increased significantly, but the gender gap is still present. Roughly 130 million girls worldwide are out of school, and it is estimated that about 15 million girls of primary school age will never learn to read and write.

Uneducated girls would be forced to marry early and begin childbirth, increasing the rate of population. The increasing level of education among women has had some positive ripple effects, including delayed childbearing, healthier children, and workforce participation.

Between 2010 and 2014, records show that an estimated 44 percent of pregnancies worldwide were unintended. Overpopulation has some adverse effects on us. More people means more demand for food, clean water, housing, energy, healthcare, transportation, and many more.

All that consumption degrades the environment, causing a higher risk of large-scale disasters. The scarcity caused by environmental degradation will lead to increased conflicts. We already know what that means. If tensions go beyond normal and a war breaks out, it wouldn’t take long before we have nukes flying around, and it would spell the end of humanity as a species.

As our population grows bigger, the possibility of global conflict will continue to increase. Environmentalists, world leaders, and many more organizations have seen the drastic effects of overpopulation and have begun to take measures to curb it.

Apart from sensitizing the public about family planning and demystifying contraceptives for women, some countries have taken more drastic measures to curb overpopulation. An example is the one-child policy, which China employed from 1980 to 2015.

It was already suffering the effects of overpopulation, so it introduced the one-child policy that restricted many families to a single child. The approach is still controversial because of how sketchy it looks from a human rights perspective.

The policy allowed families whose first child is a girl to try again. In many cases, women were forced to undergo abortions, some were sterilized, and some families had to pay huge fines for violating the law. Policies like these have worked too well, and when Tesla’s CEO Elon Musk claims that there are not enough people in the world, it wasn’t an uninformed claim.

According to the World Bank, the global birth rate has steadily declined since 1960. We might keep seeing an increase in the world’s population right now, but it will fall and threaten human civilization.

In Musk’s words, So many people, including smart people, think that there are too many people in the world and think that the population is going out of control. It is completely the opposite. Please look at the numbers-if people don’t have more children, civilization is going to crumble, mark my words.[a][b][c] Musk is a father to seven children; he leads by example and practices what he preaches.

The SpaceX CEO further pointed out that his plan to colonize Mars might not come to fruition because of this realization. Musk plans to make Mars habitable to expand our reach to outer space. In his grand plan, Musk proposes using the Starship to send about a million people to the surface of the red planet to build the structures and infrastructure required to make Mars habitable.

Musk’s decision to have many children has raised eyebrows because people still believe that we need to watch the population growth. He has been vocal against such critics, believing that we do not need population control.

Analysts at Morgan Stanley sent a note to its investors in July 2021 that the movement to not have children owing to fears over climate change is growing and impacting fertility rates quicker than any preceding trend in the field of fertility decline.

They supported their argument with surveys, Google data, and academic research that show that climate change is, directly and indirectly accelerating the decline in fertility rates. Researchers at UCLA have also discovered that after an extreme heat event in the United States, births declined in the following nine months.

A study of about 18,000 couples in China in 2020 showed that climate change, specifical pollution, is associated with a 20 percent increased likelihood of infertility. We cannot deny that overpopulation is one of the biggest threats to our survival as a species. But we cannot begin to call for an increase in our population until we have learned how to care for our present situation.

China’s one-child policy contributed significantly to this downward trend. The birth rate has begun to drop at an alarming rate; the country’s demographic chart shows a population with more older people and fewer women choosing to have kids. What do we do when the entire population starts aging rapidly?

Elon Musk is not wrong; humanity would eventually cease to exist if everyone stopped having children. Some people think this is precisely what should happen, but we don’t think many people support this notion. To many people, having children is a fundamental human right that can bring joy and happiness to many families.

Thanks for reading till the end. Comment what’s your opinion about this information “Elon Musk: The Civilization Will Crumble“.

4 thoughts on “Elon Musk: The Civilization Will Crumble”