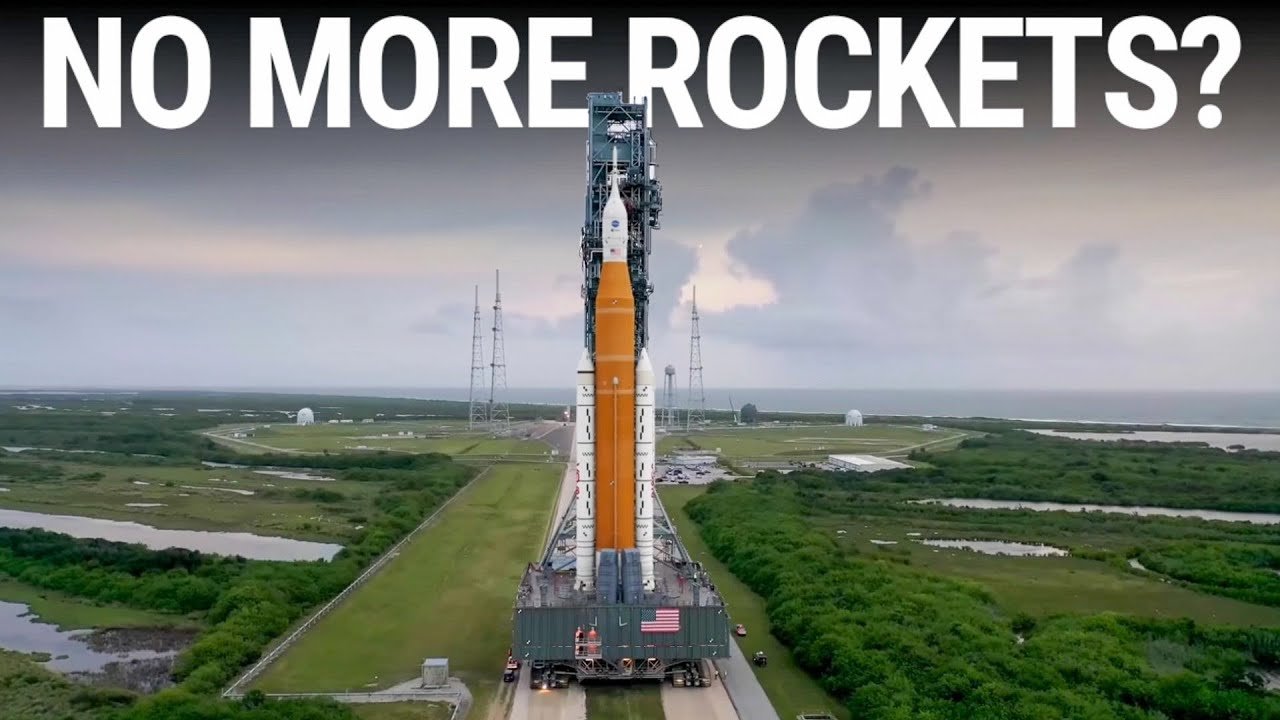 Why Nasa Transfer All Production Rights And Ground Services To SpaceX?: Nasa Is Building their most powerful rocket ever built, and it’s considered within the grand scale of the best. However, it took almost a decade and tens of billions of dollars to get to this point. In twenty twenty-one, the rocket is five years behind schedule and has cost billions more than originally projected.

Many opinions have indicated that this could be the last rocket built by NASA. It may end up being a transitional vehicle, allowing NASA to pave the way for a future, in which the private space sector builds the Rockets and the Agency just provides funding and scientific expertise. Can this be true What would NASA’s next plan be with the SLS rocket?

NASA has asked the US aerospace industry how it would go about maximizing the long-term efficiency, and sustainability of the Space Launch System rocket and its associated ground systems. The request comes as NASA and its chief contractor for the rocket Boeing are nearing the launchpad after a long, arduous, and expensive development process that has lasted more than a decade, the heavy-lift SLS rocket carrying an Orion space capsule.

Should finally make its debut during the first half of twenty twenty-two, but in the recent request from NASA, the agency would like to fly the SLS rocket for thirty years or more as a national capability. Moreover, the agency wants the rocket to become a sustainable and affordable system, for moving humans and large cargo payloads to cislunar and deep-space destinations.

NASA sees itself as the anchor tenant of the launch system and procures, one crewed flight per year for the next decade or longer. Where appropriate, the agency said the industry will market the large launch vehicle to other customers, including the science community and other government and non-government entities. So how does one make a system, that has been anything but affordable and sustainable into something that?

NASA says it wants to transition ownership of rocket production and ground services, to private industry. In return, this private contractor should build and launch the cells at a substantial savings of fifty percent, or more off of the current industry baseline per flight cost.

Notably, NASA has never publicly stated this baseline flight cost. However, in twenty nineteen the White House Office of Management and Budget estimated the cost of one ‘s launch. A year at over two billion dollars Subsequently, NASA did not deny that figure, but it has not been transparent with taxpayers about the Rocket’s expected costs anyway, NASA now proposes to cut this cost.

Whatever it is in half, and it seeks to fly the Space Launch System rocket well into the middle of the twenty-first century, compared to every other launch system NASA has used. This seems like a big commitment. Can this plan Actually be feasible?

Theoretically, this may be possible. The SLS was initially designed in two thousand ten and officially announced in twenty eleven, with hopes that it would enter space by the end of twenty-sixteen, for a total cost of ten billion dollars.

In the past, former Florida Senator Bill Nelson said if we can’t do a rocket for eleven point five billion, we ought to close up shop ten years and thirty billion dollars later. NASA is still open for business. But now that Nelson has become the administrator of NASA, it seems the agency is taking steps to lower the financial barrier, to developing functional low Earth orbit and deep space launch systems.

And assuming the SLS does actually launch in twenty twenty-two Nelson, NASA might get its wish. Such an initiative would not be unprecedented in the early nineteen nineties, NASA sought to consolidate its space shuttle operations.

Under a single major contractor, Rockwell International and Lockheed Martin formed a company United Space Alliance for this purpose. It operated the shuttle through the end of the program in two thousand eleven, It’s not at all clear that the space shuttle’s operational costs declined, during this timeframe beyond the costs of the rocket.

There are reasons to have concerns about the idea of flying the Space Launch System rocket for at least. Three more decades, virtually the entire global launch industry, are either contemplating or moving wholesale toward reusing, at least the first stage of large rockets or their engines.

SpaceX has LED this effort, but other major US launch companies, including Blue Origin, United Launch Alliance, rocket lab, relativity space, and others are all incorporating reuse into their business plans.

The European, Chinese, Japanese and Russian space industries are as well the Space Launch System, although it is powered by reusable rocket engines, that once flew on the space shuttle are entirely expended after every flight. Moreover, there is a general sense in the space community, that developing a truly affordable and sustainable exploration plan, will require the development of reusable in space hardware, that is refuelable upper stages.

And tugs and in-space assembly the launch everything on one stack approach worked during the brute force era of the Apollo Moon program. These advocates say, but it isn’t sustainable as apollo’s costs were so high, the program was canceled after just six moon landings.

Therefore there will be many difficulties and challenges that NASA will have to overcome, in the next thirty years next. Every time SpaceX completes a mission, whether successfully or unsuccessfully, you can bet that Elon will be posting the results to his 63 million Twitter followers.

As a result young adults don’t want to go work in NASA, where things really haven’t moved for decades, they want to go work at SpaceX with Elon musk and that brings me on to my final point. Witches at NASA themselves have become self-aware of their shortcomings, given that NASA has been around for over 60 years their leaders have come to the realization, that NASA is limited by government funding, declining public interest, and an aging workforce.

Thus they have decided to embrace commercial space flight themselves, NASA administrator Jim Braunstein has placed a heavy focus on using NASA funding, to fund SpaceX, blue origin, and Boeing, as the money will likely have a large impact on the free market.

At the end of the day, NASA is the pioneer of space travel and exploration. Let’s cover the development progress of the SLS rocket for the Artemis one mission, and answer the question what is the exact launch date of the SLS rocket.

Last week NASA and its myriad contractors for the Space Launch System, and Orion spacecraft reached a significant milestone, creating a full stack of the rocket and deep-space capsule for the first time. The completed launch vehicle stands an impressive ninety-eight meters tall, inside the vehicle assembly building at the Kennedy Space Center.

Although technicians and engineers still must put the rocket and spacecraft through a series of tests, in the coming months for the first time. The HC discussed a possible launch window for the Artemis one mission, this launch sending an uncrewed Orion spacecraft into orbit, around the Moon and back, could happen as soon as a fifteen-day window, from February 12 through the 27.

Followed by one opening on the eighth of April, NASA must be careful with this rocket, because its next vehicle will probably not be ready for flight for about two years, and if there is a catastrophic failure with this launch, it would raise questions about the future of the program. Perhaps at that time, NASA will actually have to find a private company to build the SLS for.

thanks for reading till the end. Comment what’s your opinion about this information “Why Nasa Transfer All Production Rights And Ground Services To SpaceX?“.

3 thoughts on “Why Nasa Transfer All Production Rights And Ground Services To SpaceX?”