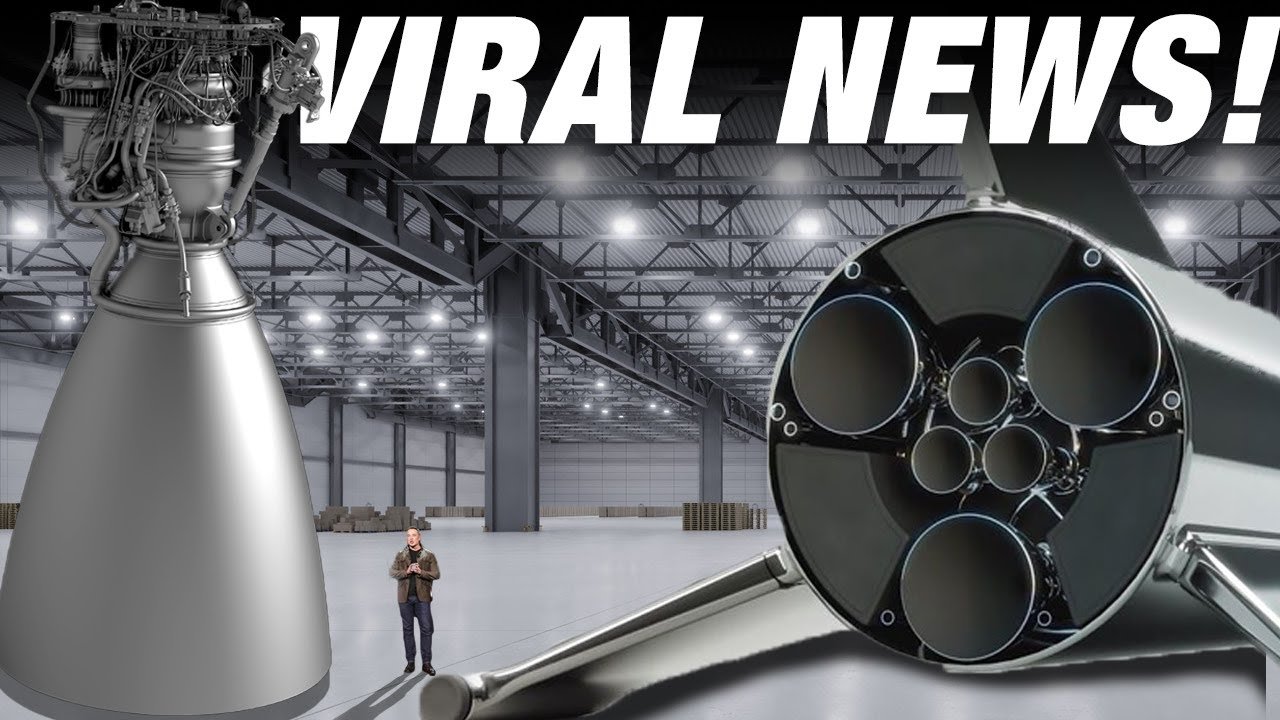 The famous Raptor engine is going to get us to Mars one way or another and that’s what SpaceX is dead set on achieving. Breakthrough technologies like these always involve revision, assessment, and upgrade and Elon Musk just revealed SpaceX’s insane new Raptor Engine in that spirit. How is it going to be different?

Origins SpaceX designed and constructed the Raptor series of full-flow staged combustion cycle rocket engines for use on the SpaceX Starship, which is still in development. Rather than the “kerolox” (RP-1 kerosene and LOX) used in SpaceX’s previous Merlin and Kestrel rocket engines, the engine is fuelled by “methalox” (cryogenic liquid methane and LOX).

The Raptor engine produces more than twice as much thrust as SpaceX’s Merlin 1D engine, which powers the Falcon 9 and Falcon Heavy launch vehicles.

Raptor is utilized in the Starship system in the Super Heavy booster and the Starship spacecraft, which serves as the second stage when launched from Earth and as an autonomous spacecraft in LEO and beyond.

SpaceX plans to employ the Starship for a variety of purposes in the future, including Earth-orbit satellite delivery, deployment of a substantial chunk of the Starlink satellite network, exploration, Moon landing, and Mars colony. In 2009, SpaceX had a few people working on the Raptor upper-stage engine on a low-priority basis. The development initiative was mentioned again in 2011.

According to press reports from March 2012, the Raptor upper-stage engine development program was ongoing, but no specifics were made public. SpaceX revealed concept work on a rocket engine that would be “many times as powerful as the Merlin 1 family of engines, and would not use Merlin’s RP-1 fuel” in October 2012, but did not specify which fuel would be used.

They said that specifics on a new SpaceX rocket will be released in “one to three years” and that the enormous engine was meant for a next-generation launch vehicle that would lift payload weights of 150 to 200 tonnes to low Earth orbit utilizing multiple of these large engines.

By early 2016, SpaceX had built a new engine test stand for Raptor testing at its McGregor test facility in central Texas. The first integrated Raptor rocket engine, built at SpaceX Hawthorne in California, was sent to SpaceX McGregor for development testing in August 2016.

The engine had a thrust of 1 MN (220,000 lbf), which was less than half that of the full-scale Raptor engine that flew in 2019. It’s the world’s first full-flow staged-combustion methalox engine to reach the test bench. On September 26, 2016, the day before Musk’s lecture at the International Aeronautical Congress, it successfully completed a 9-second fire test.

Fast forward to 2020 and 2021 and the testing for the Raptor engine has been going strong which leads us to a little bit of discussion regarding how the engine works. The Mechanics The Raptor engine runs on subcooled liquid methane and subcooled liquid oxygen in a full-flow staged combustion cycle, as opposed to the Merlin engines’ present “open-cycle” gas generator system and LOX/kerosene propellants.

The RS-25, which was originally used on the Space Shuttle, and other Russian rocket engines, such as the RD-180 and RD-191, employ a simplified type of a staged combustion cycle.

Subcooled propellants have a higher density, allowing for greater propellant mass to be stored in the vehicle’s tanks and they improve engine performance as well. Because of the larger propellant fuel mass flow rate per unit of power generated, specific impulse is raised and the danger of cavitation at turbopumps inputs is minimized.

Dual-redundant spark-plug fired torch igniters manage engine ignition for all Raptor engines, both on the pad and in the air, avoiding the requirement for a specialized, consumable igniter fluid, as required on Merlin. Raptor is said to be capable of providing “longer life… and more benign turbine conditions.”

Only two full-flow staged-combustion rocket engine designs have ever been tested on test stands before 2014: the Soviet RD-270 project in the 1960s and the Aerojet Rocketdyne Integrated Powerhead Demonstrator in the mid-2000s.

Many early Raptor prototype components, such as turbopumps and injectors, were made via 3D printing, allowing for faster development and iterative testing. 3D printing was used to make 40% of the parts in the 2016 subscale development engine (by mass).

Engine manifolds were manufactured in 2019 using SpaceX’s in-house designed SX300 Inconel superalloy, which will be replaced by SX500 shortly.

Instead of the pintle injectors used on the earlier Merlin rocket engines that SpaceX mass-produced for their Falcon series of launch vehicles, the Raptor engine employs a huge number of coaxial swirl injectors to admit propellants to the combustion chamber.

Raptor 2 In October 2021, Elon Musk had implied that SpaceX had done the first test of Starship’s upgraded Raptor 2 engine. Apart from launching off integrated static fire testing of a revised, operationalized Raptor, the initial prototype may have temporarily been the most powerful engine of its sort ever tested before destroying itself.

While not as successful as the first static fire campaign of a full-scale Raptor 1 engine, which survived several tests, the early demise of the first Raptor 2 prototype is still a normal part of engine development and the beginning of a process that should eventually produce a Super Heavy booster with 50 percent more thrust than the next most powerful rocket ever flown.

The most powerful methane/oxygen rocket engine ever tested was most likely competitor Blue Origin’s BE-4 – currently under development and hoped to one day power ULA’s Vulcan and the company’s own reusable New Glenn. BE-4 is capable of thrust of up to 244 tons (539,000 lbf).

SpaceX’s first completed Raptor 2 prototype looks to have barely beaten BE-4 in its initial static fire, temporarily achieving primary combustion chamber pressures of 321 bar (4650 psi) and as much as 245 tons (540,000 lbf) of thrust. BE-4 deserves credit for not destroying itself after its initial full-thrust static firing (at least according to Blue Origin’s limited public disclosures).

Raptor 2 was not so fortunate, as it appears to have detonated before completing its initial test. There’s also some discrepancy, since BE-4 thrust is listed as “2400 kN (550,000 lbf)” on Blue Origin’s website, whereas 2400 kilonewtons is really comparable to 539,000 lbf.

It’s hardly surprising, therefore, that the first Raptor 2 prototype ever built detonated during its first test, when SpaceX pushed it to over 107 percent of its maximum rated thrust and main chamber pressure.

Though amazing, SpaceX has successfully advanced Raptor 1 prototypes in terms of technology. Musk subsequently admitted that there was some damage, but during a stress test in August 2020, a relatively new Raptor 1 engine made it all the way up to 330 bar (4800 psi) and spent roughly 10 seconds at chamber pressures above 320 bar without failing.

The key differences between Raptor 1 and Raptor 2 include “far cleaner” piping and wiring harnesses, as well as a larger combustion chamber throat, which allows the engine to deliver greater thrust in the same package at a tiny efficiency loss, according to Musk.

Musk has hinted at a power-optimized Raptor variant with up to 300 tons of thrust over the last two years, but in recent months, he claims SpaceX has decided to keep the Raptor family as streamlined as possible, opting for just two variants – one with a sea-level nozzle (Raptor Center and Boost) and one with a larger vacuum-optimized nozzle (Raptor Center and Boost) (RVac).

Thanks for reading till the end. Comment what’s your opinion about this information “Elon Musk Revealed Their New Insane SpaceX Raptor Engine“.