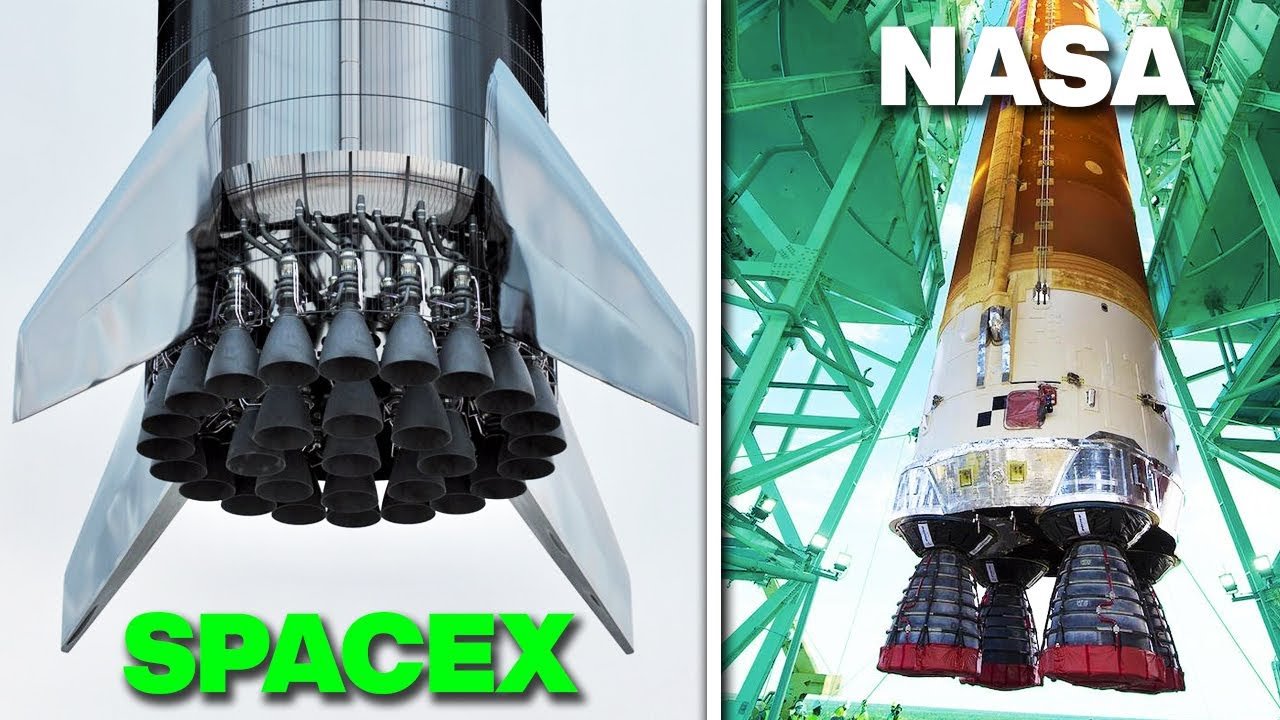 WHY SpaceX Builds Starship So Quickly?: Hi Guys, How are you all? Today we are going to discuss the progress of SpaceX rockets building, what secrets lead them to make their rocket so quickly or why SpaceX builds starships so quickly? So be ready for this extremely informative journey.

Elon Musk CEO of SpaceX said, “I want to make rockets a hundred times if not a thousand times better the ultimate objective is to make humanity a multi-planet species“.

When it comes to rocket-making, the first major stumbling block is obtaining money. It is impossible to tell if Spacex is profitable because the company is privately owned so the books aren’t available for inspection.

Most analysts on the other hand agree that Spacex must be making money by now.

All of this is on top of SpaceX’s private satellite launch contracts, giving it a total of 60 launches at a value of around 7 billion.

That is a lot of money for a company whose key selling point is that it can launch satellites for a third of the price of the competition freeing up a lot of cash for sales for comparison.

The falcon which was recently launched cost roughly 500 million dollars to develop while the space launch system has spent 4.8 billion dollars. There is also a lot of talk about when and if Elon Musk will go public and wall street is hoping he will.

It is undeniable that the reputation of SpaceX is partly based on hype. And there is no guarantee it will be a big moneymaker in the long run.

We now know that SpaceX has unlimited funding but just because they have too much capital doesn’t mean. They’re squandering it which takes us to the next point and that is SpaceX’s material selection for the starship.

As I mentioned earlier SpaceX launches satellites for a third of the price of the competition. Now that is because of their smart material selection besides SpaceX rockets are reusable well. Almost all large rockets have used aluminum, titanium, or some kind of carbon composite.

In our history of space exploration, this was also supposed to be the case for a starship. But at the start of 2019 SpaceX decided that stainless steel was a better option for several reasons.

Starting with cost Elon Musk describes that carbon fiber costs 135 dollars per kilogram. But unfortunately, 35 of the material is normally lost in the construction process.

Meaning that each kilogram of carbon fiber that makes it onto the final rocket costs upward of 200. While stainless steel costs just three dollars per kilogram.

But that’s usually the upper limit, stainless steel on the other hand can withstand temperatures ranging from 820 to 870 degrees celsius. This is crucial because rockets must be able to withstand extremely high and extremely low temperatures while in flight.

SpaceX also found that welding the large tank needed to store the propellant was a major cost driver in the construction of the rocket.

Large tanks unlike smaller parts could not be produced in one piece using a forging or extrusion process. SpaceX made considerable efforts to achieve this including the early implementation of friction stir welding. For reducing the amount of inspection time required per stage with its manufacturing robotics.

SpaceX can now take raw metal and turn out the majority of the booster stage with minimal touch labor.

Another cost-reducing factor is reusability. The booster of the rocket can be used over and over again with very little effort. This is the polar opposite to all other rockets which are all designed to be used only once. This is both inefficient and costly.

SpaceX is constantly innovating to improve and reduce the cost of production and reuse  This also reduces the construction time by a significant amount.

Next up is the construction process of spaces, the rockets are usually constructed in broad daylight in a clean environment in Boca Chica.

When you think of a rocket you probably imagine big dedicated machinery that handles a lot of work. The starships on the other hand are completely opposite.

In an interview, Elon Musk said if you’re just trying to make one or something you can all basically just be made by the engineering team. But if you want to actually make something at a reasonable volume you have to build the machine that makes the machine. Which mathematically is going to be vastly more complicated than the machine itself.

Engineers at SpaceX are constantly building new devices to assist.

Engineers have also created a shielded x-ray computer to check the accuracy of their welding. Since x-ray teams must typically clear the work area before using radiation inspecting. The welds on an entire spacecraft can take an entire day.

The new shielded x-ray machine could save teams time by allowing them to perform weld inspections in a matter of hours.

Changes and refinements are made based on the results of the evaluation. The most recent version of a concept the goal of this process is to enhance the quality and functionality of a design in the long run.

Iterative design in the case of SpaceX includes checking the spacecraft finding potential defects, repairing them, and developing the project. From there before repeating the cycle making errors before you get it right or something along those lines.

SpaceX does not seek to achieve perfection on the first try and they do not wait to make additional iterations.

Before they achieve perfection they come up with a concept put it together as quickly as possible and launch. If it works great and if it doesn’t that’s fine too they didn’t waste too much time and manpower on the launch.

According to Elon Musk to building many rockets allow successive iterations applying a simple equation to the process. Progress in any technology is the number of iterations multiplied by the progress between iterations.

Finally comes the workforce which is one of the primary reasons why Spacex can build starships so quickly. Employees at SpaceX are talented because the company only hires the best and the brightest.

They are clear about their goals the rocket is being designed to assist us in reaching mars. It will aid in increasing the rate of flight so that we can begin colonizing the earth and making space flight accessible to all of us.

With this aim in mind, every decision is taken besides Elon always wants to go fast. Elon called a meeting with his staff in February at 1 am to discuss how to speed up starship production at the Boca Chica factory.

Musk has plans to colonize mars during his lifetime. He conducts operations daily 24 hrs to build a spacecraft that could make it a reality.

Musk stated during a keynote discussion at the satellite 2020 conference “The other month I hope I’m not dead by the time people go to mars. If we don’t improve our progress I’m definitely going to be dead before we go to mars.”

If it’s taken us 18 years just to get ready to do the first people to orbit we’ve got to improve our rate of innovation or based on past trends.

Elon knows that he will not live forever and the funds will ultimately run out. The window for spreading humanity to mars can close one day but musk isn’t sure when so. He must squeeze through the window before it closes.

With the back-to-back launches of rockets, it is possible that soon mankind will get to know if our neighboring planet Mars has ever supported life and if our species has a future on another earth in some form or another.

So these are enough for today. Comment what’s your opinion about this information “WHY SpaceX Builds Starship So Quickly?“.

2 thoughts on “WHY SpaceX Builds Starship So Quickly?”