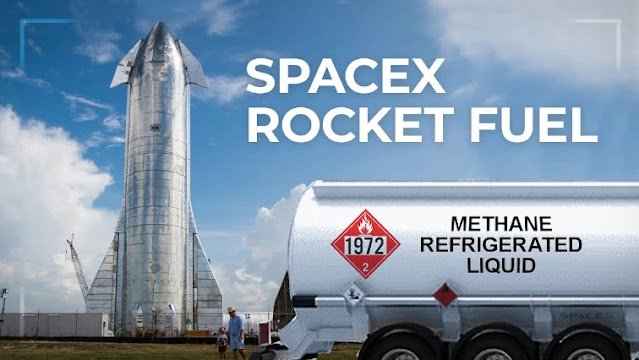 [su_dropcap style=”flat” size=”4″]W[/su_dropcap]Where Does SpaceX Get Their Rocket Fuel?: Over the past decade, the world of spaceflight has become an increasingly competitive industry. We’ve seen private companies come to the stage with money and ambition – and now we’re at the point where scenes like this have become routine.

Through these incredible advances in rocket reusability, we’ve seen the overall cost of going to space come down drastically. Once a rocket is reusable, the cost of actually launching the rocket becomes far more significant – and one of the biggest costs involved in launching a rocket is fuel.

[su_dropcap style=”flat”]F[/su_dropcap]For SpaceX and their Falcon 9 rockets, they use liquid oxygen and refined kerosene called RP1. The liquid oxygen needed to be cooled to cryogenic temperatures in order to be more compressible and fit into the rocket.

Although liquid oxygen makes up more than two-thirds of the total fuel weight, it is by far the cheapest of the two fuels, at only 20 cents per kilogram. The RP1 on the other hand is a bit less affordable.

When SpaceX was first starting out with the Falcon 9, they were paying about $2 for each kilogram of RP1. After negotiating again, they were able to reduce the cost until it became closer to the price of jet fuel at 70 cents per kilogram.

Overall, the cost of filling the entire Falcon 9 sets SpaceX back about $150,000. But in reality, the Falcon 9 will not be fully reusable because a new second stage has to be built for each flight.

Because of this, the fuel cost will remain only a small fraction of the total launch cost. But fuel will be far more important for SpaceX’s Starship rocket. Within a few years, SpaceX converted a dirt field in Texas into an advanced test site for its Starship rocket.

[su_dropcap style=”flat”]W[/su_dropcap]With each test, SpaceX goes through massive amounts of fuel. But what fuel does Starship use and how does SpaceX get it? To answer that, we need to look at SpaceX’s overall mission.

With their Starship rocket, they want to get humans to Mars in a sustainable way – where they can set up a base and begin colonizing the planet. Getting to and from Mars requires an enormous amount of energy – but if we could produce the fuel while there, it would cut total costs drastically.

This is why Starship will use methane and liquid oxygen as its propellant. Both of these propellants can be found on Mars through methane in the Martian atmosphere and oxygen in the subsurface ice.

Methane is also an ideal alternative as it is the cheapest form of fossil fuel found on earth. So how does SpaceX get liquid methane to its launch site? Liquefied natural gas, which is mostly composed of methane, can be found in reservoirs beneath the Earth’s surface.

[su_dropcap style=”flat”]M[/su_dropcap]Mining companies use offshore and onshore platforms to access and extract gas from these reservoirs. At this point, LNG still contains nitrogen, water, and carbon dioxide, so it is piped to a treatment facility where these components are split off.

Once the methane is separated from the other elements, it is piped to a liquefaction facility for cooling. Methane which is still a gas cools down to -162 degrees to the point where it turns into a liquid.

Once the methane is in liquid form, it occupies 1/600th of the volume. This is why cryogenic propellants are used on rockets, so they can be compressed to fit as much as possible.

After the liquefaction process, the liquid methane is stored in insulated tanks until it is ready to ship. The nearest LNG facility to SpaceX is in Brownsville Texas, just 30 km from their launch site.

From there, SpaceX uses transportation company GenOx to transport most of its liquid methane. They use state-of-the-art trailers specifically designed to hold liquid methane.

For a trip to Boca Chica, each trailer can carry up to 13,000 gallons of liquid methane under the pressure of 70psi. Although this is a relatively high pressure, methane is actually less dense at this stage than it would be in a Starship rocket – as its operating pressure is closer to 100psi.

[su_dropcap style=”flat”]A[/su_dropcap]After liquid methane arrives at the SpaceX site, it is slowly pumped into the large tank farm where SpaceX stores its propellants.

It takes several trailers to transport enough methane for a starship – so methane delivery is a common sight between each test. Although SpaceX is currently outsourcing most of its propellants, it is also common for propellants to be sourced on-site.

At Kennedy Space Center, NASA has its own liquid oxygen plant powered by Air Liquide, which can liquefy 265 tons of oxygen per day. SpaceX is looking to build a similar setup at its Boca Chica site.

According to Elon Musk, SpaceX will set up a wind farm at its facility to generate the enormous amount of energy needed to separate oxygen from the air. The process involves compressing the air to about 100psi and turning it into a liquid.

[su_dropcap style=”flat”]T[/su_dropcap]This liquid air is then passed through various filters to remove things like water vapor and carbon dioxide that can freeze and block machinery. To separate the air into oxygen, nitrogen, and argon, liquid air is systematically brought up to the boiling point of each element.

Since nitrogen has the lowest boiling point of the three, it first turns into a gas, which can then be separated from the mixture. Then, argon boils at -186 degrees, leaving behind pure liquid oxygen.

This whole process requires an enormous amount of energy, but when it is done on a large scale, the economics start to make sense. This is why SpaceX can buy its liquid oxygen from Air Liquide for 20 cents a kilogram.

But SpaceX plans to build its own oxygen plant, so they’ll need a huge wind farm to power it and make it cost-effective. Alternatively, SpaceX could use the Sabatier process of separating oxygen from h2O.

[su_dropcap style=”flat”]T[/su_dropcap]This will be good practice for SpaceX as they plan to use this exact method to get oxygen to Mars. Lately, people have noticed a lot of activity around an old well at a SpaceX facility.

A large crane has been installed and people believe it could be the start of SpaceX’s own propulsion facility. To be more carbon-neutral, it makes sense that they would eventually start producing their own methane and oxygen using renewable energy sources.

And if they can start producing their own fuel, they might even be able to reduce the cost of each Starship launch. This world of propellant production is a new challenge for SpaceX, but it is important that they develop the skills and techniques to do so on a large scale if they want to go to Mars permanently.

In the past, SpaceX could rely on outsourcing its fuel and using the infrastructure already in place at Kennedy Space Center. But now that they have their own facility in Boca Chica, they have to design and build all of these fuel systems from scratch.

When testing the Starship prototype at its launch site, SpaceX used to have a methane flare that would be used during each test.

[su_dropcap style=”flat”]A[/su_dropcap]Although it is less harmful to the environment, the continuous boiling of methane during each test was a huge waste of propellant. To get around this, SpaceX began piping excess methane into a condenser, which cools it down and turns it back into liquid.

SpaceX can then store that methane in its tank farm and re-use it for future tests. Although they do not recycle their liquid oxygen, it is cheaper for them to buy more and ship it to the launch site, as it will need to be refilled after each test.

Either way, it’s exciting to see SpaceX revolutionize every little aspect of space travel, aiming to make the rocket travel as normal as air travel. For SpaceX to continue with its long-term goal of colonizing Mars, it will need to employ the next generation of passionate space and engineering fans.

Thanks for reading till the end. Comment what’s your opinion about this information “Where Does SpaceX Get Their Rocket Fuel?“.

2 thoughts on “Where Does SpaceX Get Their Rocket Fuel?”