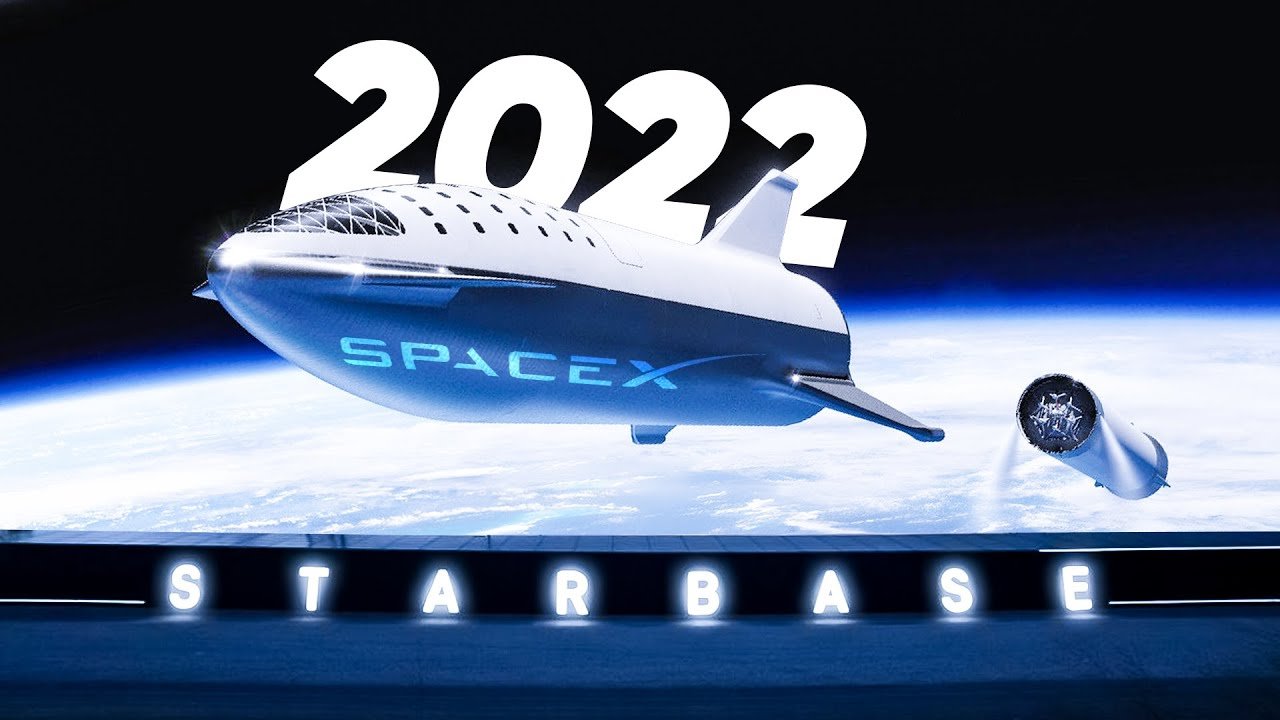 SpaceX 2022 Update – Orbital Flight, Raptor Engine, And Launch Tower: SpaceX is launching into 2022 with their most ambitious project yet: successfully launching a starship into orbit and returning it to Earth, not just once to prove a point, but on a weekly basis by the end of 2022.

There is a tremendous amount of work to be done in that short time, but if it pays off, SpaceX unlocks the capability to do pretty much anything they want in space. Launch 40 000 new Starling satellites to go to the moon and Mars. Place a cyber vehicle on Europe’s surface SpaceX’s potential in the next years is significantly greater than anything we’ve ever seen before.

Elon Musk has been talking a lot about starships recently, and he’s been treading a fine line between getting people excited about the future while also acknowledging that this project isn’t going to be easy.

During a Q&A session at the CEO Council Summit in December, Elon responded to a question about how starship progress was going by saying, “Starship is a hard, hard, hard project, with the goal of being a fully reusable super heavy.

All of this with a two-stage rocket that is 100 reusable with no refurbishment time in between just land refuel and launch again Elon musk summed it up nicely by saying it is so preposterously difficult that there are times when I wonder whether we can actually do this.

He even admits that right now starship is absorbing more of his mental energy than any other single thing and we know full well that Elon has a lot on his mind these days.

Elon highlighted in his statement that the manufacturing of the company’s Raptor engine was in jeopardy, and he predicted disaster if SpaceX couldn’t find out how to create a huge quantity of dependable engines. We face a genuine risk of bankruptcy if we do not achieve a starship flight rate of at least once every two weeks next year.

The raptors are so important to starship because the super-heavy booster that launches the ship into space with its 100-tonne cargo requires 33 of these engines to reach full potential, plus six more on the starship second stage, and we know there will be a couple of explosive failures before SpaceX can stick the landing.

So dozens of these engines will be destroyed in the process, and if this proves to be as difficult as Elon has suggested, it could even add up to hundreds of scrapped raptors. SpaceX needs that many engines to support the starship’s gigantic size, and the starship needs to be that gigantic in size to enable it to be fully reusable. Elon also mentioned this in his CEO council speech.

Despite all of the hype about how impossible it will be to fly the spaceship, Elon is still enthusiastic about being able to check it out for the first time as early as January 2022, and doing a dozen starship flights that year.

Elon Musk claims that the sole stumbling block right now is regulatory permission; the FAA must grant the green light before SpaceX can launch a spaceship into orbit from its starbase. The FAA said in mid-November that their research will be completed on December 31, 2021.

On September 17th, the FAA posted a draught evaluation of the starbase assessment and invited the public to comment on it. During this span, the agency claimed that it had received over 17 000 written comments regarding the paper. Meanwhile, there has been a lot going on on the ground at the starbase.

The orbital launch pad, tank farm launch, and launch mount are the three main aspects on which the firm has been working nonstop. All of this is unprecedented, and it’s probably as complicated and innovative as the spacecraft itself.

A typical rocket launch tower and mount is a very passive construction; it maintains the rocket upright and serves as an anchor point for different hoses, cables, and pathways to the ship. The launch tower and mount at starbase are completely automated and mechanical devices that include crucial ship launch mechanisms.

The booster is held in place by the mount, which also sprays water over the engine exhaust. The robotic clamps on the starbase mount stretch out to grip the booster, and each clamp has a connection point to the outer ring of booster engines, priming them for ignition.

The pumps that spool up the rocket engines before launch are usually built into the booster stage on conventional rockets, but SpaceX has relocated them off the ship and into the launch table, saving weight that may be utilized for cargo.

At the moment of liftoff, all of the connection points between the launch table and the booster will automatically retract behind covers, ensuring that nothing is damaged by the fire and that everything can be quickly reused.

It’s little things like this that contribute to Elon’s goal of increasing the vehicle’s orbital payload percentage. We’ve also seen pretty much how the robotic arm system on the starship launch tower will work for now.

As they approach for a landing, the robot arms will finally grasp the rocket and the spacecraft. However, it is not going to happen with the first orbital launch, and it is unlikely to happen until we have a greater understanding of how these rockets operate during a controlled terrestrial landing.

The proofing tests on the orbital spacecraft s20, and now the booster b4, are another area where SpaceX is making solid progress. Back in August, SpaceX took both of the spacecraft out for the first time and stacked them on top of each other, which looked incredible, but they both went back to the hangars after that, and we didn’t see any movement on either for a few months.

They started rolling out the starship for testing in November. We’ve already seen a few cryo-proofing tests for previous starship models go horribly wrong one time, and the ship crumpled like a can, but we’ve seen that the fixes have been made and the starship holds up just fine to cryogenic temperatures since then.

The major event occurred on November 12th, when SpaceX completed the first static fire test of all six raptor engines in the starship. Prior to this, the most they had ever lighted up at once was only three, indicating that the upper stage should be more or less flight certified at this time.

It’s now time for the booster shot. The b4 prototype has just been returned to the orbital launch platform for the first time in months, but SpaceX has previously done successful cryoproofing and static firing of three engines with the previous b3 model, so we know that the design can at least withstand the basic stress test. What we don’t know is what will happen when they start firing more dense raptors.

The booster now has 29 engines packed into the same basic diameters as the ship’s six engines, so this will be a totally different type of test.

Elon stated that he believes a spaceship would be able to orbit around the moon in 2023 and settle on its surface within three years. His remark to a loop around the moon is most likely a reference to the deer moon trip, which was announced in 2018 and will take Japanese businessman Yusaku Maizawa and a party of guests on a journey around the moon.

The six-day journey will take three days to reach the moon and three days to return. As part of NASA’s Artemis project, the starship is also planned to land humans on the moon. Bill Nelson, the agency’s administrator, said in November that the mission would most likely take place no earlier than 2025, and many signs point to an even longer delay.

Elon obviously knows all about the Artemis delays, so when he says landing on the moon’s surface within three years, he must be referring to a SpaceX-specific mission, perhaps a sort of product demonstration to show the world what the starship is truly capable of by going to the moon on its own.

In a recent interview with Time Magazine, Elon Musk stated, “I’ll be surprised if we’re not landing on Mars within 5 years,” which coincides with the opening of an earth-to-mars transit window in 2026.

Elon has also recently stated that SpaceX will send at least two or three uncrewed starships to mars to demonstrate the ship’s ability to land safely on the planet.”

This all paves the way for Elon’s long-term goal of building a city on Mars by 2050 Thank you for sticking with me to the end; comment down below. What do you think about the 2022 update?