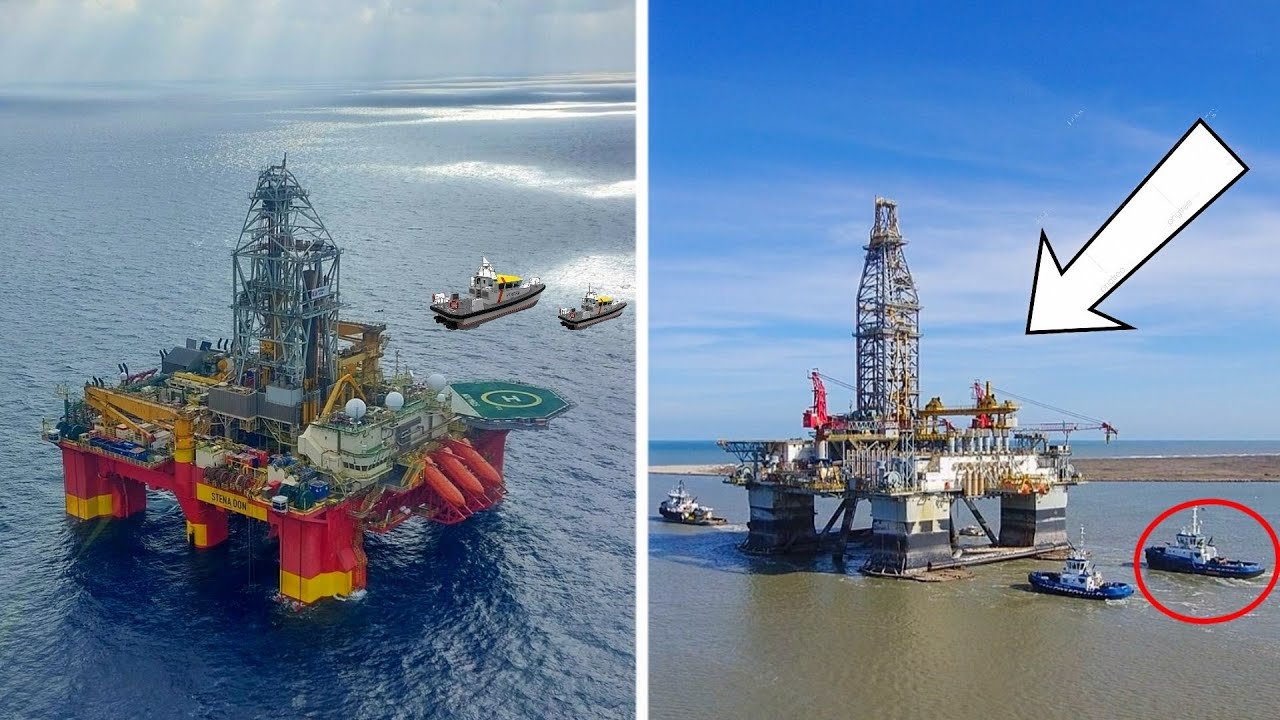 SpaceX Sea Launch Spaceport Deimos Is On The Way For Pascagoula Mississippi: Over the last couple of years, we’ve seen SpaceX go from a dirt field in Texas to launching prototypes of the most advanced rocket ever made. The exciting developments down in Boca Chica have been mesmerizing to watch, and it’s clear that SpaceX are now all in on making Starship a success.

In the future, they plan to have a fleet of Starships, launching all around the world with destinations such as the Moon, Mars and even other places here on Eath. Early renders of Starship show a sleek looking launch platform several miles off shore.

The idea is that Starships would launch and land from these platforms without ever having to go back to dry land. SpaceX is repurposing oil rigs to build a Starship spaceport that will be in operation in 2022. The aerospace company purchased two oil rigs, named them ‘Phobos’ and ‘Deimos,’ like the moons of Mars.

Notably, and not just as a backup option, Musk noted that the future launch site at 39A has already passed that milestone. In addition, SpaceX and NASA recently confirmed studies are being worked, on to potentially add additional launch capability at KSC LC-49.

With South Texas and Florida’s Eastern Seaboard the two ideal launch locations. A potential scenario may see Starbase focus on the test launches, – along with operational launches with payloads such as Starlink, while KSC would become the leading launch site.

This would map with KSC being the likely launch site for NASA missions such as HLS. “Starbase, I think, it’s more suited to become our advanced R&D location, so it’s where we would try out new designs and new versions of the rocket, and I think Cape Kennedy would be our main operational launch site,” Musk noted.

Before referring to the ocean launch platforms, two of which SpaceX has already purchased. “Then, over time, I think we’re going to have floating spaceports like ocean spaceports, we’ve got these two converted oil rigs that are going to be turned into orbital launch sites, and they can be moved around the world.”

The two platforms currently being converted are Phobos and Deimos, although very little work has been carried out over recent months. One will gain renewed focus with the installation of its own launch tower by the end of this year.

Now, Spacex One Of Sea Launch Spaceport Deimos, leaving the port of Brownsville Texas enroute to pascagoula Mississippi. That first operational sea launch platform, would allow a template to be formed and the purchase or construction of additional platforms, with Musk adding there “could be quite a few of those.”

I think most of the launch sites long term will be ocean or sea spaceports, maybe located 20 or 30 miles offshore, and this would allow Starship to connect any cities, that are on the ocean or on the sea, and have a high flight rate without disturbing people too much.

I think people are willing to have something that’s loud occasionally, but if you want to have it frequently, then it needs to be offshore.” I think about … what would really work for long distance. Because the rocket is quite loud you want to be, I don’t know, 20 miles away from a major city, or 30 miles away from a major city just so you’re not disturbing people too much.

I think most of the launch sites long term will be kind of ocean- or sea-based ports.” Musk said he thinks people would tolerate an occasional noisy launch, but not on a regular basis. The converted rigs, christened Deimos and Phobos after the two moons of Saturn, have been a low priority to date as SpaceX has concentrated on creating a functional launch site at Boca Chica, he said.

But the company plans to build at least a “catch tower” — and at some point full launch capability — on one of the offshore platforms later this year, Musk said. They want to operate Starship just like an airliner, with each vehicle carrying hundreds of passengers and doing multiple flights per day.

But many think this exciting future is just too good to be true. Upon launch, a fully assembled Starship will be incredibly loud. With around 28 raptor engines on the Super Heavy booster, the sound level – even from 8 kilometres away – would be around 112 decibels.

This is like someone using a chainsaw while standing right next to you. Phobos and Deimos thus far have been a relatively low priority; we needed to make the launch site here work; this has been quite a difficult endeavor, so we deprioritized Phobos and Deimos.

“We’re going to take one of them and build at least a catch tower on it and ultimately we’ll, ultimately meaning I don’t know, later this year, build a full launch capability on one of the platforms.

“Hopefully by the end of this year, we will have a launch capability at Cape Canaveral at 39A, and at one of the ocean platforms as well,” he said. However, Sea Launch demonstrated that there are a lot of benefits to launching from the sea.

When launching from typical launch sites like Cape Canaveral, rockets aren’t allowed to fly over populated areas, so they usually head out over the sea. This drastically limits the range of orbits it can achieve. For geostationary orbits, rockets need to fly perfectly above the equator and travel with the rotation of Earth. This means that the rocket spends much more of its fuel just getting down to the equator.

When launching from a sea platform, any orbit can be achieved. This isn’t the main consideration for SpaceX – but with their constantly growing Starlink constellation, an offshore launch platform would help them to reach a much wider range of orbits, and cover the globe with their satellites.

We saw various job postings from SpaceX looking to hire engineers and technicians, for offshore launch platforms. After all, with the incredible pace of Starship’s development, an offshore launch platform could be needed much sooner than expected. Just several miles away from their Boca Chica site is the Port of Brownsville, home to many oil rigs which operate out in the Gulf of Mexico.

If SpaceX were working on a future launch platform, it would most likely be happening here. Sure enough, at the start of this year, one specific oil rig caught everyone’s attention. Sitting amongst the tanker ships in the Port of Brownsville, was an oil rig sporting the name Deimos, a Moon of Mars.

Now, SpaceX still requires a legislative process, namely an environmental assessment from the FAA, to complete before approval for launches can take place, which Musk believes may take another two months.

While the Production Site increases capacity, with a new High Bay being built alongside the existing structure, the launch site gained the primary focus for Musk’s overview. Citing the impressive Launch Tower – with its Mechazilla system – took only 13 months from design to competition. Musk noted “Stage Zero” is as complex as the Booster or the Ship, emphasizing the successful use of the Tower with the recent stacking of Ship 20 onto Booster 4.

The idea is for the launch/catch tower’s robotic pincers to grab the first-stage Super Heavy, as it lands, about six minutes after separating from the orbital Starship after launch, Musk said. That’s part of SpaceX’s goal of being able to quickly reuse Starships and Super Heavys, which is the key to making all of it work, he said.

“We need to accomplish that,” Musk said. “It’s not done yet. Success is one of the possible outcomes. We’re aiming for rapid reusability, which is why the booster is going to take off and then fly back to the launch tower and, aspirationally, land on the arms, which does sound insane.

If it does come in too fast and shear off the arms, then I guess it will be a farewell to arms. The bad jokes, I just have to warn you, they’re only going to get worse.” The forward goal is to have two towers at Starbase’s Orbital Launch Site, although such plans will likely be at the mercy of the ongoing environmental reviews.

Thanks for reading till the end. Comment what’s your opinion about this information “SpaceX Sea Launch Spaceport Deimos Is On The Way For Pascagoula Mississippi“.